It is nearly impossible to have not seen a Jane Austen adaptation, whether this is in a traditional format such as Pride and Prejudice and Sense and Sensibility or a reworking of her novels such as Clueless. Her works of love and security set against 19th Century English society are renowned for feisty female centres, women’s dependency on men. and marriage as an institution.

In Whit Stillman’s latest Austen adaptation Love and Friendship, we get a story and a central female character unlike any the author produced before. Kate Beckinsale here plays a devious and scheming woman out of place with her patriarchal surroundings.

The recently widowed Lady Susan (Beckinsale) must rely on estranged family members after her husband’s death. Disliked for her reputed scheming and adulterous behaviour, her sister-in-law takes her in begrudgingly. Susan instantly begins to pursue the young and wealthy Reginald DeCourcy (Xavier Samuel) as an advantageous marriage. The unexpected arrival of her teenage daughter Frederica (Morfydd Clark) causes disruption and potential rivalry for Reginald’s affections. Can Lady Susan marry off Frederica to the silly Sir James Martin (Tom Bennett) and keep Reginald to herself?

Based on an early unpublished work by Jane Austen called Lady Susan but renamed after another unpublished work by the author, Love and Friendship explores many of the same themes as Austen’s other works but instead puts a scheming character centre. Marriage as advantageous is still very much present but instead of women bowing to the pressures as a necessity. Lady Susan relishes the chance to seduce a rich young man.

While still retaining the features, settings and themes of an Austen adaptation. Stillman has produced something fresh and interesting with this film. Most standout here is perhaps the films witty dialogue and interactions. The conversations between characters are hilarious whether it is Lady Susan and her scheming American friend Alicia (Chloë Sevigny) describing her husband as “Too old to be agreeable, and too young to die.” Or the prolonged ramblings of the silly Sir James Martin who is convinced there are Twelve commandments instead of Ten. 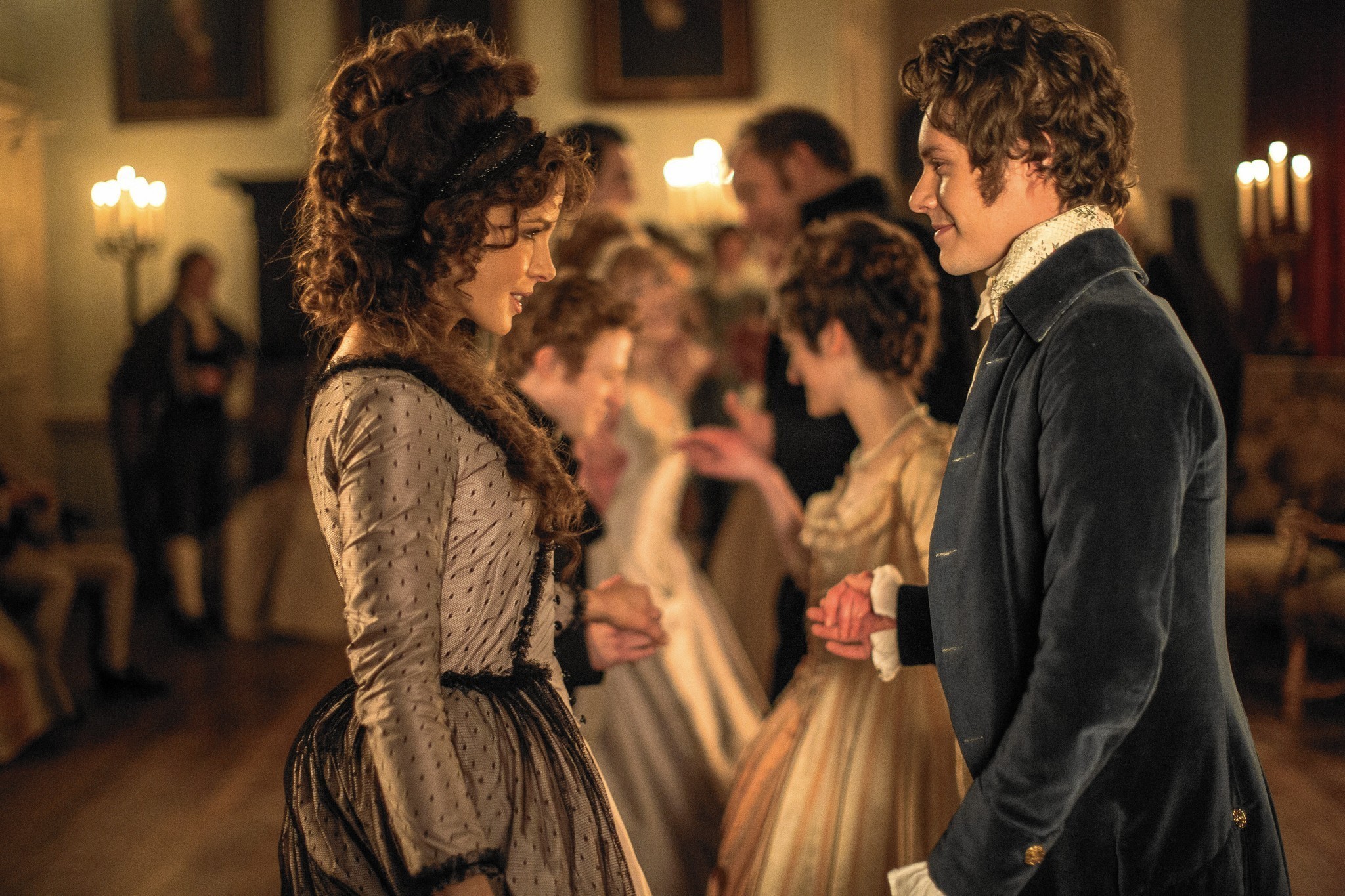 The work, while still having so many elements of the period setting, breaks so many conventions of its time. Lady Susan pursues a much younger man who falls for her charms despite the reversed age gap. Whereas so many much of Austen’s work concentrates on intelligent yet kind female characters, Lady Susan is selfish and spiteful. She also takes little interest in her daughter’s happiness and concedes to have her married off to the highest bidder.

In this adaptation Kate Beckinsale takes the lead as Lady Susan and proves fully that the actress has rarely been used to the full extent of her talent. Beckinsale gives a witty, seductive, and standout performance as its main character; able to portray a manipulative and devious character with charisma and charm. Audiences will love watching her wrap characters around her fingers while still maintaining an outside appearance of innocence and virtue. There is great support is offered from Sevigny, Samuel, Bennett and a small appearance from Stephen Fry.

A witty, scandalous and enjoyable adaptation of an early Jane Austen work, featuring a fearless performance from Beckinsale as Lady Susan.

Love and Friendship is out on DVD and Blu-Ray now!

One thought on “Love and Friendship – Review”