Coming out of a big blockbuster release (title held back for anonymity), an odd despondency fell over me. Unlike the rage induced conversations that made me foam at the mouth with Batman v Superman or the childlike glee that broiled inside me after Civil War, I felt – well – nothing. Likewise, the lead up to the film denoted nothing of interest and excitement, and I went purely out of obligation to the industry, to the audience, to myself.

This isn’t a one-time sensation (otherwise, why would it prompt an article?) I’ve noticed that quite a few films that I thought I’d enjoy offer nothing but a shrug and a completely neutral reaction which prompted a fear; was I losing my passion for film?

Of course, that sentiment is false. Ask me what I spoke about in my last five conversations, see what I’m listening too, and watch how fast I jump on any conversation about this year’s Green Room, Sing Street, or The Nice Guys and you’ll notice that the lack of passion isn’t the problem. I wholly want to submerge myself in the industry and promote fantastic films as well as making them, too.

But it got me thinking about the industry, and I can’t help but notice the ripple of this despondency across audiences and film obsessives alike. I’ve seen exhausted wannabe critics move on from the craft, directors give up the camera, and exhausted film fans missing out on months of great cinema. What is the cause of this? Are we all suffering from film fatigue? 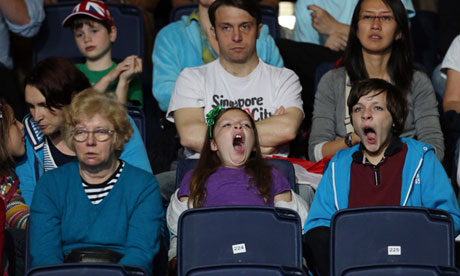 It’s easy to point the finger of blame to the industry, especially mainstream products. Every film at the moments seems to be a reboot, a sequel, or a superhero film. Epic grand blockbusters have to have an established film base beforehand. Gone are the days of original grand films such as Ghostbusters, Independence Day, and Jurassic Park. Now we have their reboots, Ghostbusters, Independence Day: Resurgence, and Jurassic World. Our cinematic culture seems to be piggy-backing off those before-hand.

As well as this, comic book adaptations have over-saturated the film industry, with only few surpassing the usual garb. With Warner, Disney, and Fox all vying for supremacy over one another, so far in 2016, we’ve had four major superhero based movies and there are more to come.

Whilst this may not seem like a lot, these also demand focus through advertising and marketing. The pressure to constantly promote the river of clips, posters, and set-leaked images has become the exhausting norm for fans AND critics alike. It’s fair enough that companies want to keep us chattering about their upcoming releases, but social media is drowning in this need to be trending, sharing, and liking. And I’m part of the problem. As a relatively new website, working with press releases and flinging out clips into the Twittersphere is in my best interests; I gain more followers and views whilst also trying appease PR companies to give me a spot on their latest screening or press junket which, in turn, can help monetize my company.  Add the competition to be the first to cover the clip, the exhausting cycle of cinematic and press endeavours can strip away passion and chip at it.

It’s not just companies who propagate all of this. Audiences and film lovers are just as bad. Constantly taking to Facebook and Twitter to vent about a new release means companies have to meet the demand. Not only this but spilling into cinemas to watch Fast and Furious 8 over the likes of Sing Street means theatres and Hollywood have bent away from independent and original movies to focus on franchises because that’s where the money is.

Behaviour whilst watching films has also altered and become somewhat distressing. Many can no longer sit through a two hour film without checking their phones or messaging loved ones, people download or pirate their movies because of cinema prices (causing a Catch-22 situation, by the way, where cinema prices go up as a direct result) and many simply aren’t going out to the pictures as an event anymore. They see it as an overblown, overpriced, massive television screen and not the experience that it is; two hours to explore brand new and provocative worlds different from our own.

I am also aware that this may be my own worries and fears manifesting into doubt and insecurities (I’m also somewhat worried that this is the depression and anxieties talking.) As someone who lives in a world of film, it is natural to see the passion ebb into normalcy and the excitement become an average reaction. I work in cinema which means I am constantly watching films, whether at home or in the cinema. And yes, I love it. But like any good relationship, the lust fades into routine and it’s natural to feel scared that you’ve “lost it,” when you haven’t – it’s adapted and evolved. So reader of this article therapy, have you been suffering from film fatigue? Then you aren’t alone. Fatigue with something you love is natural. And also nothing to be afraid of.

After taking a bit of a break from it all to align the thoughts in your head (read a book, go for a walk, put that Empire down for a day,) the only way to combat it is to seek alternate thrills in the industry. If you are sick of the mainstream then I can assure you the independent and cult films are out there. Support a local filmmaker or cinema. Find movies that lean towards your taste. Talk about the films you enjoyed to others.

And never, ever, feel bad for watching and talking your favourite repeatedly.

Film will always be our first love. We’ve just got to adapt, evolve, and help change it for the better.

One thought on “Film Fatigue: Are you tired of the movie industry?”