Oh yes people, the sequel we have all been waiting for is finally here.

The Merc with a Mouth, Deadpool himself, has a brand new film out today. But what made the first outing so special?

The film, which Fox were initially hesitant about making, has become the highest grossing R-rated film release ever. Praised by critics and adored by fans the film has also made Hollywood’s Ryan Reynolds a superstar. With the sequel set to begin filming later this year, we take a look at what makes Deadpool such a hit with audiences.

Reynolds stars as Wade, a disillusioned mercenary who is hustling his way through life. On meeting the right girl Vanessa (Morena Baccarin) and settling down, he is diagnosed with terminal cancer. Instead of trying the traditional treatments, he accepts an offer from a stranger to take part in experimental trials that could make him a super soldier. Although grossly deformed by the experiment, it transforms him into his indestructible alter ego Deadpool who sets out for revenge against his torturer Ajax (Ed Skrein).

The film has indeed had a bumpy ride to get made into the film it is today. This is in fact the second time Reynolds has played the character with a smaller role in the piss poor X-Men Origins: Wolverine film. Playing Wade before he transforms into Pool, the film was badly received by audiences and even Reynolds himself was disappointed with how the film treated the character.

Reynolds remained attached to the possibility of a standalone film and Tim Miller signed on as director to the project back in 2011. The film was only given the greenlight when test footage, that had sat untouched at Fox, was leaked on the internet. 24 hours later the film had a budget and release date thanks to the reaction from fans on social media.

The film, in honesty, does not possess the best or most original narrative. It is a very basic backstory and revenge tale. Yet what makes this film stand out among the sea of comic book capers is it’s style.

R-rated (15 in the UK because we are badass), unlike the majority of graphic novel franchises that worry about excluding the younger, merchandise friendly audience. The film is filled to the brim with bloody violence, sexual references, and profane language. Accurate to the characters comic background, he also continuously breaks the fourth wall as he speaks to the audience.

In the standard climate of family friendly Marvel and DC Comic films, Deadpool feels fresh and exciting. The film also mocks this current trend of comic book films, most notably Fox’s sister franchise X-Men. Featuring characters from said franchise, it ridicules the series reboot and altered timeline within the film.

The humour in the film is genuinely laugh out loud, for fans of the comic book, who will notice all the in-jokes, as well as the film nerds and general cinema goers. The darker tone and brash comedy may not be to all audience’s tastes but this feels like the shake-up comic adaptations have needed for a long time. 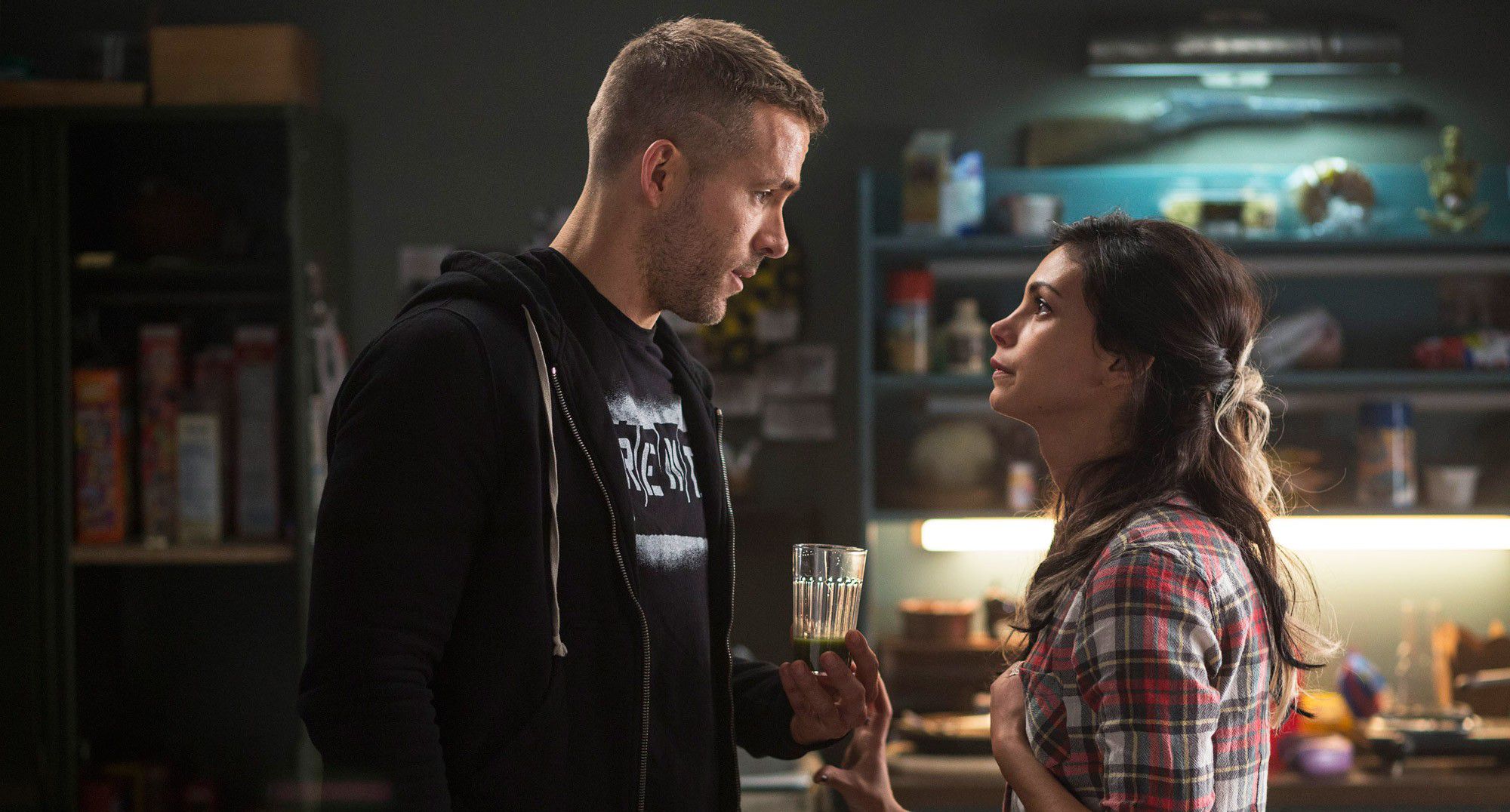 Anyone that has seen The Voices or Mississippi Grind knows that Ryan Reynolds is a great actor, able to dilute his Hollywood good looks and charm to play a character like schizophrenic Jerry or turn on his charm to portray card gambler Curtis. But for many, his bad performances in The Green Lantern and Wolverine made his potential solo outing as Pool a bleak thought. Yet even the most die-hard Merc fans were left gobsmacked by how much Reynolds encompasses this role.

Reynolds rolls out witty and filthy dialogue with ease and charisma, driving the film. He is electric as Wade, bringing the humour and force needed to play Deadpool. The actor really has made the role his own and we hope the second outing of the film is just as good, (perhaps with a more original premise).

Funny, fast, action-packed, and a potentially career defining role for Ryan Reynolds. Deadpool finally gets the cinematic outing he deserves, in bloody and hilarious fashion.

Deadpool 2 is out in cinemas now!
Deadpool one is available on Netflix!