Macbeth is one of Shakespeare’s classic works which means media will reproduce it as much as possible. The Baird’s work has been produced for the big screen quite a few times. One of the more notable depictions is Orson Welles’ terrific but underseen gloomy directorial, which was easily one of best interpretations. But Justin Kurzel’s Scottish romp really takes home the prize. Gloriously flourished with aching hues and phenomenal performances by Marion Cotillard and Michael Fassbender, 2015’s Macbeth is seriously the most excellent depiction of Shakespeare’s text

The film, set entirely on the streets of an abandoned city as action takes place in a stretch limousine, revolves around the ambitious titular man who is told several prophecies of his future. The big one? That he’ll be King. Relaying this information to his conniving wife, the pair come up with a scheme to kill King Duncan so that Macbeth can claim the crown. However, the act of murder itself sets the married couple on different paths of unravelling and soon they discover that guilt and consequence cannot be escaped.

Directed and lead by MacFadyen, Macbeth Unhinged is a black and white drama that is helped by its weirder elements. The setting of suits and limousines allows the retelling of Shakespeare’s seminal tragedy to be transformed into an opus of paranoia and power within the beating pulse of mobsters and gangs. As the story unfolds, rolling with the wheels of the vehicle, the bizarre setting grabs your attention and really develops the film into a new interpretation of the timeless story. The kaleidoscope of images that perforate your sight note an extraordinarily and defining cinematic experience that blisters with your mind gloriously. All of this matched by the haunting and creepy score and sound design.

The performances are tantalising and fantastic, though (as with all the leading ladies who tackle the role) Taylor Roberts as Lady Macbeth is a highlight. Her yearning and somewhat desperation for power and then her untimely undoing is pitch perfect with the acclaimed character. MacFadyen is brilliant at Macbeth, though there are pulses of awkwardness as the character froths and – well – unhinges madly in the second half.  Compare MacFadyen to the recent immortalisation of Fassbender and there is the sense that MacFadyen has lost something of the character in his retelling, no matter how imbued with madness he is. 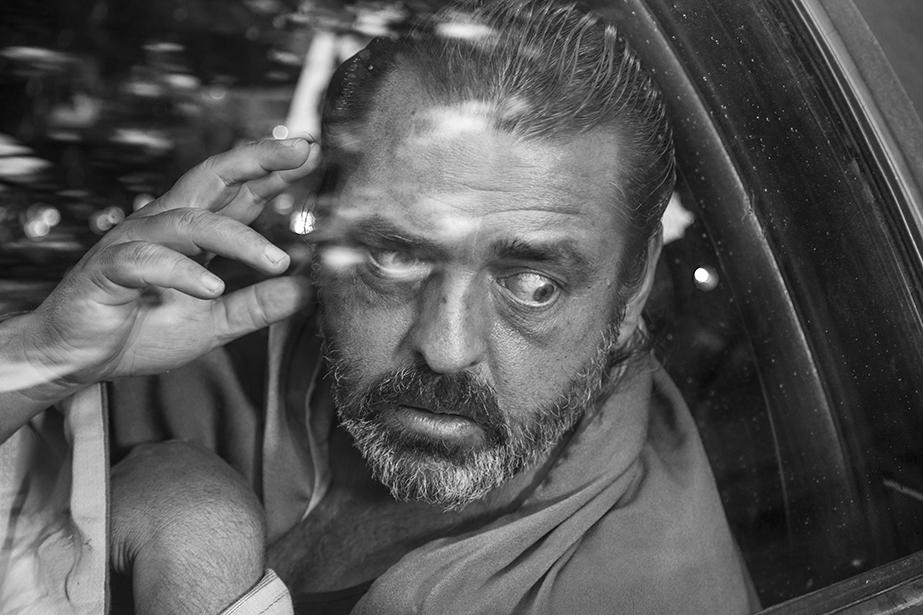 The biggest drawback for Macbeth Unhinged is the dialogue. While the interpretive and strange elements of the film enhance the original tone and voice that MacFadyen is promoting here, hearing the same and exhausted text fall from the actors’ mouths seems clunky and unsure. The visceral underlying fragments of the story are conveyed accurately enough but the punching emotion that bubbles underneath is somewhat lost in the premise and the unnecessary need to keep the original speeches. It feels a little false: If you were going to modernise Shakespeare or tell it as unusually as this film does, then I’d commit fully.

Make it outlandish and keep it fresh.  Allow the meaning to flow much more than the historical language. Keep it as surreal as possible.

Unfortunately, as brilliant as it can be, Macbeth Unhinged seems merely ajar.

MACBETH UNHINGED IS ON AT EDINBURGH INTERNATIONAL FILM FESTIVAL!