A Punter’s Prayer looks at a group of lads down the ol cream cookies, in the ‘opes of landing a few squid. But we ain’t talking a couple o’ monkeys ‘ere. Our diamond geezer, Jack (Tommy O’Neill) reckons he can win a cool ‘alf a mil on a treble. Or e’ll get bugger all. While his mates put in their two pennies worth (Yiannis (Andreas Karras) has absolutely no bollocks and chats shit, but Ian (Jamie Crew) is a bit of a boy chancer) obviously word gets round. Before you can say ‘Bob’s you’re Uncle’, Jack’s landed him and his mates right in it with some real dodgy fuckers. The rest, as they say, is ‘istory.

TRANSLATION: A Punters Prayer tells a day in the life of our main character, Jack, who apparently spends most of his time at the local betting shop with a few close friends. To avoid becoming a part of the mainstream rat race, he places a risky bet on several horses that, if it pays off, will guarantee a better life for him and, altruistically, his friends. Other characters attempt to steer his decisions (Yiannis is particularly weary of taking such a risk, whereas Ian, barely out of school, is excited at the prospect of winning big). Soon some very dangerous people hear about Jack’s chances and things take a turn for the worst. The rest, as they say, is history. 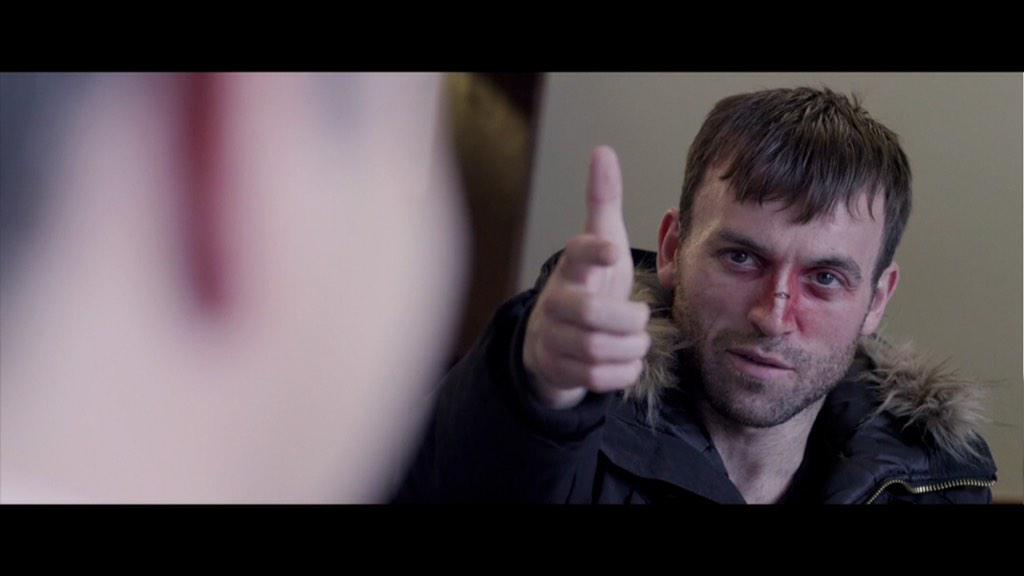 Let me get this out of the way first. A Punter’s Prayer, from first time writer/director Savvas D. Michael and newly formed Liontari Pictures, is clearly heavily influenced by the Lock, Stock & Snatch genre from the nineties. Does this diminish the talent behind it at all? Not by any means. If anything it panders to our sense of nostalgia and wears a smile for it. The writing and the acting are fresh and obviously skilled, particularly considering how many new comers we have here. It is a film that is proud of its heritage but showcases some fresh talent and thinking

Taking some of the best elements from this genre, we see a story unfold full of grit, humour, violence and, at times, crushing sadness. What shows the most is the character development that has taken place prior to filming – I only wish there was more of it on screen! From just a few choice lines and interactions, we come to realise that each character has their own, carefully constructed story to tell. Even the gang henchmen and the store clerk have more to them than meets the eye. This level of detail is what makes Michael’s characters so believable, but equally leaves you frustrated because so little is revealed. We are left to fill in a lot of gaps for ourselves.

For the most part, we are guided by Jack’s inner monologue which again, although is powerful and compelling, restricts us. Often poetic, his views seem a little misguided at times and leave us questioning his mental state. Maybe he shouldn’t be making potentially life-changing decisions right now? He goes through religious crisis, epiphany, suicidal intentions, contempt for individuals and society as well as naive optimism all in the space of one day. And with little background to go on, apart from the death of his cousin two weeks earlier, we have to wonder what led him to this point. Once again I am sure Michael could write a whole essay on this topic alone, but not much is actually put up on the screen.

The story is complex – perhaps ninety minutes just isn’t long enough to do it justice? Give Michael more time and he could write us the next Trainspotting! Grit and witty banter are definitely his remit.