When making your movie, it is important to think about what it is you want to convey. Is it a happy film, all about family and friendship, or is it a dark thriller about the duality of man and the thin grey line between good and evil?

Failing to keep the themes in mind whilst creating your film can lead to a disjointed and confusing story, but using them as a baseline and exploring them in depth can carry your screenplay to new and fascinating heights. This is the case for Iona, Scott Graham’s latest foray.

Iona is the story of a girl returning to the Scottish Island where she was born, with her teenage son in tow, after fleeing from a violent crime. When she arrives, old wounds are re-opened as she attempts to reintegrate into the life she once knew.

First and foremost, the cast of Iona is fantastic. Ruth Negga (Preacher, Warcraft) plays the titular character and newcomer Ben Gallagher her son, Bull. As the story unfolds, we are shown the reason why they returned as well as glean an insight to why Iona left the island to begin with. Supporting these characters are Tom Brooke (The Boat That Rocked, Preacher), Douglas Henshall (Shetland, Outlander) and Michelle Duncan (Atonement, Driving Lessons) as Iona’s adoptive family. It is her interactions with these three characters (as well as Brooke and Duncan’s daughter played by Sorcha Groundsell, another relative newcomer) that drive the main momentum of the plot.

Accompanying the main cast is a backdrop of utterly stunning views, (albeit, seemingly much drier than whenever I’ve been to visit Scotland!) with the loneliness of the area helping to reinforce the isolation  that Iona feels as she attempts to find some solace in the community she grew up in. Despite the vast distances, the scenes within the church and the Ceilidh help to show the mutual support that pervades the rest of the villagers, as well as suggesting that Iona’s exile is more self-imposed than enforced by that of a committee. 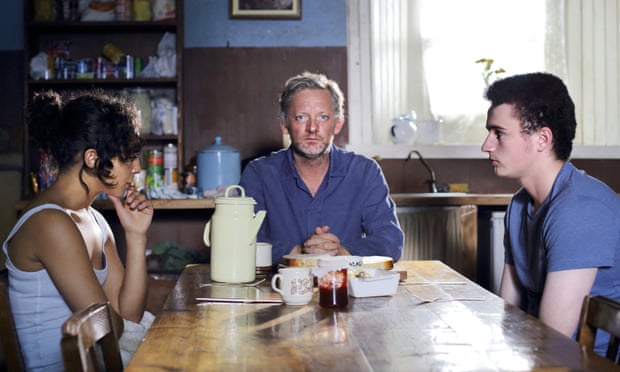 The theme of forgiveness is the most prevalent aspect of the entire film, with practically every character searching for some form of absolution or other, be it from their peers, or through religion. As the sins and emotion begin to boil over, secrets are revealed that lead to a denouement filled with an understated combination of tension and fear.

Iona is a slow and emotional film that will stick with you long after the credits have stopped rolling, and is powered along by the strength of the characters and their emotions whilst telling a multi-faceted story that will keep you guessing at all the aspects until their final reveal. Whilst there are plenty of other stories of a similar ilk, Iona manages to balance the drama beautifully against the hills and cliffs of the Scottish Isles.

This film is most definitely worth several watches to absorb the story.

IONA IS OUT ON DVD AND BLU-RAY NOW!