We’re exactly six months into a year of fantastic films, and a lot has come our way. From the most fantastic blockbusters to the stirring independents, those who have little faith in the industry only have to peer backwards to see that there have been some stunning films already.

As we head into another fantastic year, let’s take a look at the highlight of films that have already come our way.

The Nice Guys
by Robbie Jones

“With so many people calling for more original films in Hollywood, it’s amazing that this film didn’t do better than it did. The Nice Guys is an outstanding effort from Shane Black; by the far the wittiest film of the year, with joke after joke hitting every time.

Set in the seventies, The Nice Guys sees Russell Crowe as the straight-laced heavy Jackson Healy who punches for hire and Ryan Gosling as the aforementioned investigator March who is hired to track down a young girl named Amelia. When an old and wealthy woman confuses the girl with her porn star niece Misty Mountains, who suspiciously died the week before, the pair find themselves embroiled in a ploy that puts their very lives in danger. Which is more disconcerting when March’s rambunctious young daughter tries to help solve the mystery and also becomes the target of people trying to cover up a crime.

Of course, the jokes wouldn’t be half as funny if it wasn’t for the comedic timing of Ryan Gosling and Russell Crowe, the two leads who have exceptional chemistry together, though the show is stolen many times by Angourie Rice as Gosling’s young daughter.

The Nice Guys is hilarious and intense, with not only a great sense of humour but also some fantastic action sequences, an exciting climax, and a sweet 70s vibe.”

“In a world of remakes, reboots and adaptations, it’s very difficult to find a film where you can go in completely blind, not know anything about the film and have it be an absolute mystery. Although, this year, the “spiritual successor” to Cloverfield, 10 Cloverfield Lane, managed to do all three and actually ended up being a fantastic film in the process. After a young woman, Michelle (Mary Elizabeth Winstead) is involved in a car accident; she wakes up in an underground bunker with Howard (John Goodman) and Emmett (John Gallagher Jr.), with Howard claiming that the outside is unsafe after a chemical attack. But is Howard telling the truth or does he have darker plans for him and Michelle?

10 Cloverfield Lane is a suspenseful masterpiece, with great Hitchcockian levels of tension. The film is always making you wonder who is telling the truth, if everyone is who they say they are, and what has really happened on the outside. The performances by the whole cast (there’s only about 5 credited actors in the whole film) are incredible to watch with the stand outs being Winstead, who channels her inner Ripley to survive everything she encounters and Goodman in a performance so eerie and creepy, it’s hard to look at him the same way again. The music, which is created by Walking Dead composer Bear McCreary, helps to raise the level of fear and tension throughout the film, always keeping you on the edge of your seats, as you wonder what is going to happen next. Dan Trachtenberg’s first feature is a wonder to behold, helping to launch the Cloverfield name more as a brand than a franchise and in a year of disappointments at the cinema (I’m looking at you Batman V Superman), 10 Cloverfield Lane is breathtaking, micro-budget gem of a film that surpasses many of the bigger budgeted blockbusters of Hollywood.”

“Upon witnessing the gigantic hype around Deadpool, scepticism set in. Over-hyped movies tend to be pretty disappointing because they get blown up to ridiculous standards before completion. Naturally, there were nerves going into the cinema screen to watch Ryan Reynolds slip into the infamous red and black outfit. Thankfully this hyped film didn’t disappoint. It was an intriguing film that kept you hooked from start to finish.

It walked the fine line between being witty and funny with real character development. One moment the audience is laughing at his antics with a stuffed toy unicorn, the next they’re relating to his vulnerability and his insecurities. It makes the film more than just a silly romp. It makes it an important piece of cinema that many film professionals can learn from. The mixture of God’s Perfect Idiot, Some Asshats, and The Real Heroes here makes for a very enjoyable experience that remains engrossing with every watch.”

Tale of Tales
by Sarah Cook

“Fantasy movies have dried up into sequels or over-stretched books and yet filmmaker Matteo Garrone has reinvigorated his genre with the beating heart of a sea monster. Intertwining three different stories about a jealous mother, a kidnapped Princess and her flea obsessed father, and a King trying to woo an old woman, Garrone has masterful and sublimely worked the tales without overbearing them.

With such evocative images that capture the essence of Baroque black wit and sumptuous performances by the likes of Vincent Cassel, Shirley Henderson, and Salma Hayek that create this stellar film. Tale of Tales is enchanting and powerful, pulsating through you until the very end.”

“2016 is only half way through but there have been some pretty Earth shattering blockbusters that have been released already including the divisive World of Warcraft movie and the ever controversial Batman v Superman. There is one film that, for me, blows both releases away without breaking a sweat: Captain America: Civil War. The massive battle royale between some of the most beloved Marvel comic characters brought to film that had a major ideological differences that are still being debated by audiences to this day.

Whether you’re on Team Cap with me or Team Stark with many others, all fans of the film can agree that the fight sequences and the build-up made the film worth the price of admission. There was plenty of visual shock and awe to accompany the emotional stakes packed into the film. Action and the reason to care combined perfectly here to create something of true brilliance.” 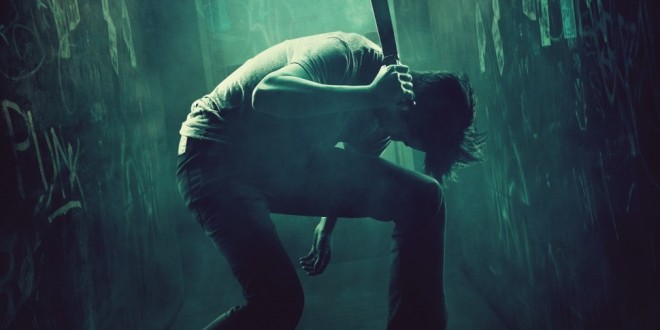 “Following on from Blue Ruin, Jeremy Saulnier creates his most devastating film yet. Starring the late Anton Yelchin and Patrick Stewart, the film revolves around a punk band who unwillingly play for a bunch of Neo-Nazis. Things get worse when they witness a murder and are trapped by the gang who wish to dispose of the witnesses. With phenomenal performances by Yelchin and Stewart (you’ll never look at Picard or Xavier in the same way, Green Room is an utterly compelling and visceral thrill ride.

With Green Room, Saulnier curves into the fear and relishes the thick unease, juxtaposing the quick attacks against the slow and agonising wait the survivors have to take which enhances the experience completely. Pulsating with fear and glorious revulsion, Green Room is this year’s ultimate thriller.”

“John Carney is a cinematic and musical genius and her furthers his portfolio with the completely rambunctious Sing Street. Revolving around a boy who, to escape his public school bullying and divorcing parents, starts a band to woo the affections of a local girl he has fallen for.

The energetic happiness that beams throughout you as you skip merrily from the screening is unparalleled in this year’s collection of gritty superheroes, damned dramas, and the misery in between.  Certainly, that spirituous effervescence that waves excitable and determined emotion through you way past the credit roll is unique to Carney’s cinematic portfolio. Not without the ebbs of devastation flowing underneath this inspirational ditty, Sing Street is power song, a fist pump, and a charge for something greater than the one life has given you. Its hope and courage; rolling with catchy tunes and a beating heart that makes the world a little bit brighter…”

Embrace of the Serpent
by Sarah Cook

“The undeniable transcendent black and white film is the tale of two stories, separated by time, but slither and coil around one another in an enriching and devastating film. The movie revolves around the last Amazonion Shaman, Karamakate, who wishes to tell his story to two foreign scientists as they hunt for a rare and exotic plant to save the life of one, ravished by illness.

You’ll be hard pushed to find another movie with such finesse and perfection. The whole cinematic outing knows how to silently and gently move you then throw you completely into madness without a single pause. The tender yet brutal thoughts on colonism and the loss of culture bound throughout the film, rolling through your mind long after the credits, themselves, have rolled on. Embrace of the Serpent is an evocative movie experience and one that will stay with you long after viewing.

Make sure you go submerge yourself in this commanding film, give it the audience that it deserves.”

“It’s a plot that we’ve seen before, back in the classic 80s sci-fi government chase films like ET and Close Encounters but writer/director Jeff Nichols infuses it with enough heart that it becomes somewhat of a love letter to vintage Spielberg rather than a rip off. Some would compare Midnight Special to Nichol’s other acclaimed supernatural feature Take Shelter, but this one puts that element to the forefront to drive the story rather than it being a backdrop.

Despite the science fiction component, the exploration of the limits a parent goes for their child is what really propels this film alongside fantastic performances by Michael Shannon. There are some memorable spectacular scenes including what seems to be a meteorite shower at a petrol station and the breath-taking visuals in the crescendo of the final act. Amid a tirade of superhero films, sequels and reboots at the moment, Midnight Special is a breath of fresh air, a welcome piece of genuine art and labour of love.”

“Unable to play the piano since contracting syphilis and damaging the nerves in her hands, Florence – played by the ever-perfect Meryl Streep – takes to singing as an outlet for her musical passions; despite her lack of skill in the area. A combination of her wealth, large entourage of friends, and tirelessly devoted husband, St Clair Bayfield (Hugh Grant), ensure that she never receives an honest word’s feedback – that is, until her ambition gets the better of her, and she books herself in to perform at Carnegie Hall.

Rarely does one come across a film that is filled with such overwhelming joy and yet such devastating sadness. The quippy and soulful script leaves us both laughing and ugly-crying within moments of each other, with classy comedy – sometimes in as little as a masterful look from Grant. Enveloped in all of the glamour and wonder of the era, Florence Foster Jenkins beams with laughter, tears, new friends and inherent solidarity. It is an utter joy to witness – and like the very real quote from both Streep, and the real Florence herself states – “they may say (she) couldn’t sing, but they’ll never say (she) didn’t sing.”

What have you enjoyed?
Let us know!