I have a question for all you mystery writers out there: Just how complex do you go? Are you a plodding writing, carving out an average and supposedly predictable crime novel until you smack your audience in the face with a mind-blowing twist? Or is your tale just as winding in the beginning as it is crooked at the end? How to you shock and expose your audience’s fears?

Whatever you do, don’t do what The Disappearance did by throwing one twist at you every ten seconds? 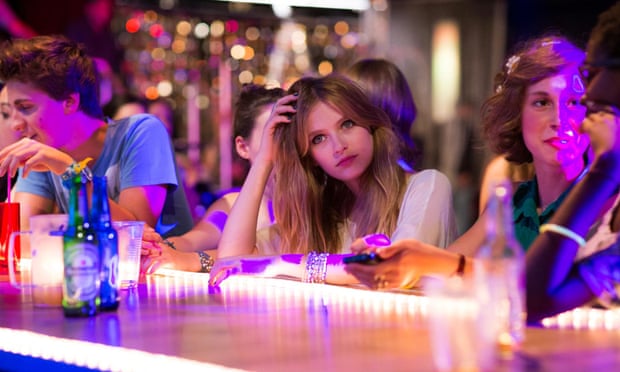 French television series The Disappearance. The series revolves around the sudden disappearance of Lea – a promising straight A-student who goes missing after attending Lyon’s Festival of Music. Inspector Molina leaves no stone unturned trying to find her as Lea’s deepest and darkest secrets are revealed as well as the guilt of everyone around her.

If you’ve seen one mystery drama nowadays, you’ve seen them all. Sexy, driven, and rambunctious detectives go on the hunt for someone who went “poof” into thin air and everyone they interview has some shade of guilt (the apology book from E.L. James) or involvement with the case or is bonking someone (which helps their alibi.) The Disappearance captures every single thriller series trope at the moment and exhausts them. Maybe it’s just me. Maybe it’s because I’ve watched a bucket load of these series but The Disappearance just didn’t live up to the majesty of The Killing or Broadchurch. Once you’ve seen one wide-eyed gaping protagonist and one gurning antagonist, you’ve seen them all and this show just barely punches above average.

The biggest problem with The Disappearance is that it wanted to be shocking. It wanted to throw people to the further edge of their seat before they plummeted to the floor. In some cases, this works fantastically well, but The Disappearance didn’t have the provocative and original story to match and the mislaying of twists felt forced or unreal which juxtaposed against the realistic setting and characters. You’ll be left reeling from all the threads you have to join up and even when something knots it for you, it can leave you understandably frustrated.

However, The Disappearance can hold your attention more than I’m giving it credit for and that’s because it truly developed its characters. Beyond the frightful situations that they are in, they really fleshed out those involved. The whole essence was the frivolity, the fun, and the French elements of this show that caught a happy medium between the shocking and the silly. The human nature of it all allowed The Disappearance to pull itself out of the convolution it had muddled itself in. In that way, the series was enjoyable – good, even.

While it may not make too many waves over The Chanel, The Disappearance is a gallant effort from France and as we are still yearning for Broadchurch series three, this will certainly whet your appetite.

THE DISAPPEARANCE IS OUT ON DVD & BLU-RAY NOW!