It’s fair to say that Marvel is now sitting at the top of the movie market. For the last eight years, the company have wowed us with some of the best comic book films of all time, and constantly impressed us with their consistency and connections. Despite covering so many different heroes, the series has a far more cohesive and linear structure than any other superhero franchise – X-Men doesn’t even have a timeline that makes sense, from almost any perspective – although at this point, they are starting to get a bit samey. Whilst it’s very boring to hear everyone shout “Movies today are nothing but comic books” (FYI, they’re not) over and over every time a new one comes out, as if Marvel and DC are just going to stop and say “He’s right. We need to start making real art” and suddenly we start getting quiet, transcendental indie movies that reflect on Black Widow’s existence, it’s getting hard to deny that they can be too much of the same thing. So what do you do when the formula’s getting a little stale? You change it up. That’s what comics have been doing for years, and that’s what makes Captain America: Civil War one of the best comic book films to date.

When a mission in Lagos goes horribly wrong, the world begins to question the safety of The Avengers. Tony Stark (Robert Downey Jr.) agrees, especially with the death of a teenager on his conscience. He proposes The Avengers become an asset to the United Nations, and whilst some join his side, Captain America (Chris Evans) isn’t convinced. Things become personal when Cap’s life long best friend and brain washed assassin Bucky Barnes (Sebastian Stan) gets involved, and before long, brothers in arms become adversaries in war as the world’s greatest heroes are pitted against each other.

Everybody gets excited about Marvel films regardless of what they are, but with this film being based on one of the most iconic Marvel story lines of all time, the hype was unreal. Did it live up to the hype? You bet your arse it did. It’s very different from the comics, of course, and just quite different from the rest of the series itself. Here’s the typical Marvel set up; hero origin story, who they were, how they became said hero, introduce a love interest, introduce a one and done villain who has very forgettable motivations for evil, give them potentially world threatening plans, big fight, hero wins (Sometimes after it looks like they might die), and happy ending. That’s not the case for all of the films obviously – Guardians of the Galaxy and Winter Soldier being prime examples – But a lot of those traits are definitely present across the series. This doesn’t really have any of that; it just feels like it’s own beast entirely.

Civil War is a film that is turned on straight from the get go; from the first minute, we’re plunged straight into the action, and from then on, the action never stops coming. At no point does it feel stupid, ridiculous or over the top, this is solid action film-making. The Russo Brothers seriously know what they’re doing, with their quick editing and fluid camera, not to mention the absolutely stellar choreography from the stunt team. Every fight scene is bigger and better than the last (If you haven’t seen this film yet…Airport. That’s all I’m going to say). It’s just constantly exciting, but it doesn’t feel big and loud and messy. The film still allows for those all important character moments, and those are truly the heart the film. The rivalry between Steve and Tony  is done to perfection; the pair have always had a complex friendship but at the end of the day, they were always on each other’s side, to see them put at odds is both challenging and magnificent. There’s one line in the film, used very prominently in the trailer, that really sums up the whole thing:

That one line right there shows you that this isn’t just some out of nowhere spat thrown in for the sake of plot, it’s a deep confrontation with actual reason and actual emotions buried deep within it. There was a lot of side choosing during the marketing of this film, and whatever side you chose, this film doesn’t try to sway you one way or the other, even though it’s technically Cap’s film. This is fantastic because it allows you to be unbiased no matter what side you were on. It’s so easy to see both sides of the argument, and agree and disagree with both of them, that the actual conflict becomes a struggle for you too. It’s not as simple as knowing who’s good and knowing who’s evil, there is a lot of questionable morality brought up in this film, and actual questions that can be debated. Just about everything in this film hits pretty hard; even the catastrophe that kicks off the entire plot, whilst minuscule to certain things we’ve seen, hits pretty hard when you’re caught up in the moment, and seeing what it does to the characters involved only adds to it. This film takes some seriously dark, unexpected turns that change so many things, and raise the stakes to amazing heights. The entire finale is so nerve racking, so intense and so exhilarating, it’s an absolute thrill to see these characters at the height of their passions.

Speaking of characters, let’s talk about how fucking great they are; a privilege that this film has over something like Suicide Squad is that it has years of films behind it, and therefore, doesn’t need to spend too much time introducing characters. The majority of the cast have already had their back stories and what not, so really, there were only three characters who needed them, two of them of course being Spider-Man and Black Panther. The characterisation of both and the performances from Tom Holland and Chadwick Boseman were spot on, and their inclusion in the film was just right. The film doesn’t waste time on things that don’t matter; Spider-Man doesn’t need to be in the film any longer than he is, so he isn’t over used and doesn’t become boring too quickly, but rather creates anticipation for his future appearances. Black Panther has an important role in the story that is introduced in brief time but doesn’t feel rushed or glossed over, everything is perfectly understood. The other new character with a new back story is Daniel Bruhl’s villainous Zemo. The less said about him, the better, but he plays a prominent part that is developed slowly and carefully over the course of the film, and it’s electrifying. He was a character that needed a lot of screen time, and the film recognises when other people don’t. Aunt May only appears on screen briefly, Martin Freeman’s character is just kind of there and doesn’t do much at all, but he doesn’t need to. When characters have been used to their desired effect, they’re retired, and the story carries on with the people it needs, as opposed to shoehorning in others for the sake of having them there. That right there is how you handle multiple characters in a film. 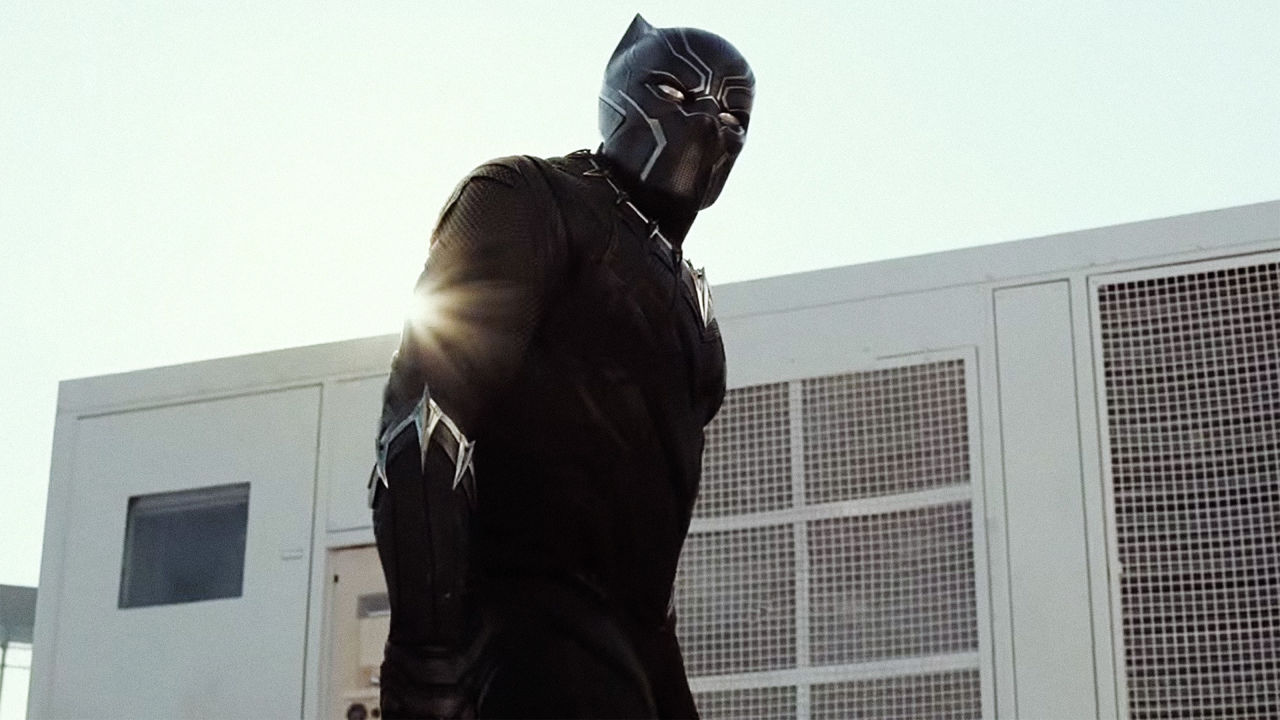 Finally, the performances are as outstanding as ever; we’ve already talked about Holland, Boseman, and Bruhl, but everybody else is just as good. Elisabeth Olson offers a far better outing than her previous one, especially when her character is racked with guilt and conflict, Scarlett Johansson is a quiet yet powerful voice in the crowd, Paul Rudd is hilarious as per usual, and Anthony Mackie, Sebastian Stan, and Don Cheadle offer great support. Even Jeremy Renner (one of my least favourite actors) gives a pretty good show. But of course, it all comes down to the main two stars of this film. Chris Evans brings back all of the honest, heroic and brave traits that we’ve come to love in the good Captain, but Robert Downey Jr. gives one of the best performances of his entire career. Stark has been a little bit broken since the first Avengers movie, dealing with so many different issues, many of them present in this film. His guilty conscience, his relationship issues, and his relationship with his parents all play parts in this film that elevates Downey Jr.’s performance to amazing heights. His first scene involves him using technology to recreate the last time he saw his parents. The poignancy in the scene, and in his voice when he speaks – Both old him and scarily young him – is touching, and throughout the rest of the film, he puts on a Stark that we haven’t quite seen before, at least not to this extent. He still has his quick wit, but it’s nowhere near as smug or funny as it once was, because neither is he. His performance in the final act of the film, where dark turns happen and stakes run high, is absolutely breathtaking. The anger and desperation in his voice is so unbelievably powerful. Goddamnit it Downey, you did it again.

Captain America: Civil War is quite possibly Marvel’s best film yet. It’s near perfect; a constant thrill ride that puts you at odds with yourself as you watch this exhilarating, intense story pan out with all sides considered and all characters at their finest, delivering one of the best film experiences of the year.

CAPTAIN AMERICA: CIVIL WAR IS OUT ON DVD & BLU-RAY NOW!