Pitching Paul Verhoeven’s latest dark thriller is somewhat tricky. Elle, starring the immutable Isabelle Huppert, is a rape revenge tale with a sarcastic and often funny undertone, revolving around  Michele – a woman who takes back control after being attacked in her own home.

Earning critical acclaim as well as copious awards, mainly for Huppert’s stellar work, Elle is a riveting and richly layered piece that will be a divisive source of study for years to come.

Speaking at Picturehouse Central, an equally celebrated hub of cinema, Isabelle Huppert tours her latest and perhaps most iconic performance. Gracing audiences at a preview with her intellectual charm and wit, Huppert firstly speaks in volumes about her director Paul Verhoeven.

“I would have loved to do Robocop or be one of the Showgirls,” Huppert notes causing a ripple of laughs across the audience. “I was aware of his work at a very early age when I saw Turkish Delight – which I loved. He has a great skill to combine many different layers, going from comedy to drama. It’s like a rollercoaster, you never know which you’re watching. From the beginning I knew I wanted to work with him. Elle had this quality of provocation and disturbance.”

Elle is based on a novel by Philippe Dijan’s Oh… and Huppert has had a strong relationship with the book and author ever since it was conceived. It’s almost as though she was destined to play the role. “I have known Phillip for so much time and I immediately saw its potential. What’s great about the movie is that it didn’t take away anything from the book. They both have many layers. The story doesn’t point out things and doesn’t deliver any messages. It is likely to be open to interpretation.”

But was the character of Michele written for Huppert? “Philip said he had me in mind when he wrote it. Whether that’s true or not, I’ll never know.” Huppert shrugs, “But that was the beginning of it all. And the producers were genius to ask Paul to do the film.”

Michele Le Blanc is perhaps one of the most complex characters to grace the big screen and Isabelle Huppert has tackled her with a great skill and passion. Of this award-winning role, Huppert has an astute understanding of the character. “You neither dislike or like her. I think she is beyond sympathy – you have more empathy with her. As far as I am concerned, what I saw from her immediately, is that she is a survivor and that can explain a manner of things. When you see her reaction to the first rape, you unconsciously are aware that something worse has happened to her. The movie goes with her past and her present, but over all, she’s a survivor. And I deeply related to her.”

Within the role, there are great moments of wit and stoicism from the character. In fact, she rarely reacts emotionally, even through relative deaths and her attacks. “As you discover more about her, you realise that her non-emotional state is important. So when it comes to interacting with her attacker, she’s all of a sudden emotional and it then becomes edgy. She’s certainly a woman on the wrong side of the edge.” And yet, Huppert stresses that this is still open to interpretation, Elle is a film that doesn’t make it easy for audiences. “It’s information rather than explanation. It is a mosaic and you shape your own conclusion: Whether that’s related to the mother, it’s certainly related to the father, and where does that seed of violence come from? It’s so many other things too.”

Isabelle Huppert has had an elusive and prolific career. A leading lady since she was a teenager and appearing in hundreds of films, TV shows, as well as theatre roles. When Huppert’s name is attached to a film, you know it’s going to be brilliant. And with Paul Verhoeven at the helm, it was always going to be a terrific product.

“Paul knows exactly what he wants,” Huppert describes working with a very attentive director, “He is constantly looking for the right frame and is obsessed with details. But there was a complete freedom with my performance. He never really spoke to me except for two moments. It gave me real confidence and ownership of my work. It was my piece of material. I felt like I was not acting. I just did it.”

That natural feel of acting and performance shines through Elle, the experience feel real which make it even more impacting. Huppert describes the experience as flying on auto-pilot. “It’s an organic moment and you don’t think anymore. That only works when there is a great combination – an exciting feeling that happens at the side of you and within you.” 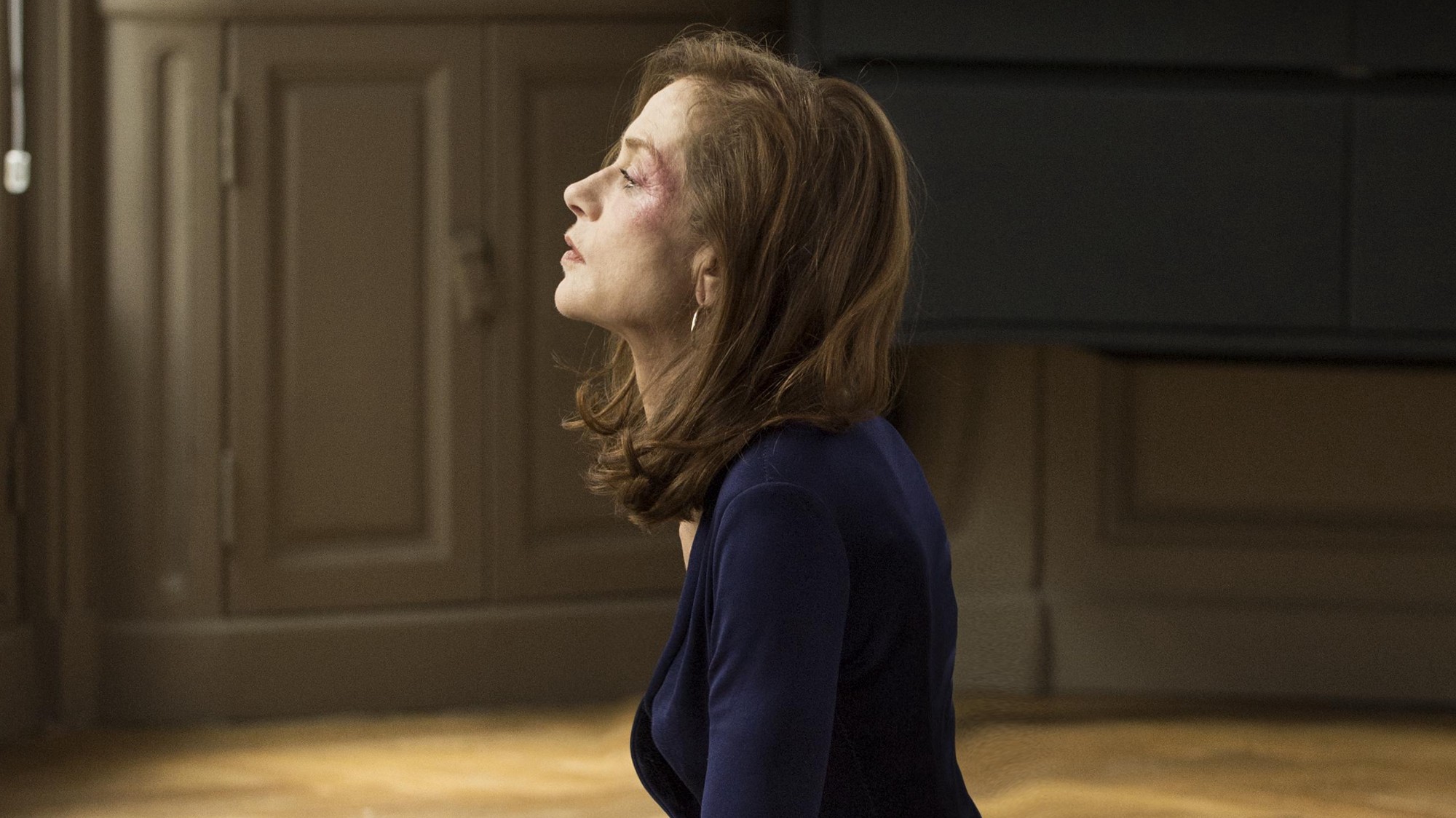 Elle has been met with praise across the globe including the USA, which has somewhat puritanical ideals. Regardless, Huppert is happy with the countries warm reaction. “One has to trust people and the public. You shouldn’t have prejudice,” Huppert says, but she’s not adverse to the controversy. “There are so many mechanisms about our society and about violence. It was a very big surprise but a welcome one.”

As with many films surrounding rape and sexual violence, many actresses undertake extensive research and speak with over survivors. However, due to the unique nature of the story, Huppert says she avoided this process. “It’s an elaboration of the fact and a symbol rather than true. There as no psychological preparation as this film operates in a complicated level. It’s more abstract.”

That being said, shooting the violent rape scenes must have had an affect. “That was physical. You can’t get emotional about those scenes.”

Many have drawn comparisons between Elle and Huppert’s work with Michael Haneke – The Piano Teacher and the actress isn’t adverse to recognising the similarities. “Both are survivors and both detail what it means to be a woman” she notes but also is keen to separate them, “These are completely different characters about finding exactly who you are. They’re similar but the contexts are different.”

Is this the message of the film? “Michael Haneke says of messages ‘You have the post office for that.’”

With Elle out in cinemas now, Huppert’s captivating performance as the titular character is resolute, strong, and a must-see for film fans. Quite rightly earning her a Golden Globe, the Caesar Award, and an Academy Award nomination,  Huppert shines greatly here.

But speaking of her lack of BAFTA nomination (the film missed the cut off but there is always hope for next year,  she grins and says “I’ll be back.”

And we certainly hope she will be.

Elle is out in cinemas now
Read our review!