Watching a film is always a pleasurable experience in some form or other, be it an independent short that has put its heart and soul into every little detail and allows you to discuss the intricacies that make it so unique and wonderful, to a run of the mill blockbuster sequel that was clearly created by the studio because the previous five films in the series made money, granting the viewer an illicit thrill as they ridicule the abysmal pile of dreck.

Yet, somehow, I have managed to discover a film which falls into neither of these categories, and is merely a big puddle of meh. There is actually very little else to say about this film. Nothing appears to happen, there’s very little in the way of story and it is so tediously slow that it’s safe to assume any snails appearing in the film were issued speeding tickets. 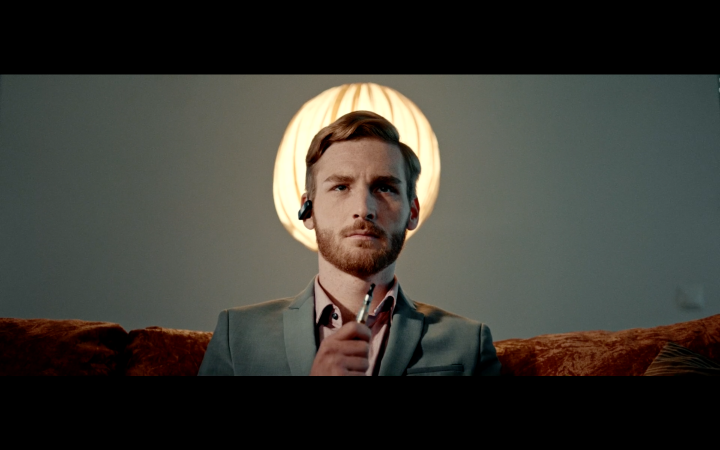 The film I’m talking about is 8:30, Laura Nasmyth’s directorial debut. It is a story which revolves around a young man who appears to be stuck in a loop whilst stranded in a remote desert suburb.

8:30 is clearly meant to be a film that focusses on style over substance, along with all the levels of pretentiousness that come with it. There is very little dialogue throughout the film’s 70 minute run time, which leaves you pondering what the hell is going on from the very first second to its last. One has to wonder if the film was originally meant to be a 5-10 minute short film, as the content feels like it was stretched out to make something more akin to a feature film. At one point, there is a cutaway to some strange documentary-esque sequence with a woman discussing her love for reading obituaries. There is no rhyme or reason to how this fits in with the context of the film, and even as I write this review, I still struggle to explain what its meaning is.

Despite the film being light on exposition and containing the bare minimum of audio, the soundtrack is actually quite enjoyable. There were several times where the story is momentarily boosted by a catchy little riff, before the foley and wild track of cicadas and softly blowing wind return and your mind settles back into a stupor. The Cinematography is also a thing of beauty to look at. There are plenty of shots of the empty suburb and its copy-paste buildings that bring the sense of isolation home and create a stark contrast to the trains which, while still very empty, feel a much livelier place in comparison. Things get even weirder when the protagonist steps into Google Maps in order to navigate. Of course, even then there is no coherent reason why this happens, and it almost feels as if the director forgot to get the required shot, or noticed the film was running short and threw it in to help pad the time.

Ultimately, this is a film which would work much better as a short. As it currently stands, you’ll begin to question if this film is cursed, and you are also trapped within this curious loop with no explanation to how it happened or what it is. You’ll check your watch, planets are born, life evolves, then it is washed away in the heat of a supernova as its sun dies. You’ll check your watch again and discover only five seconds have passed. You’ll ask yourself “How?” But there will be no reply. You are trapped in the loop too, and there is no escape…