In Extremis constantly feels unsure of of its genre and the story it’s trying to tell. Is it a  psychological thriller? A horror? Or an in depth look at the inner turmoil that comes from having your world turned upon its head? Each of these aspects are present within the film, but they tumble together in a haphazard manner, both vying for prominence within the plot, but ultimately causing a tangled mess that amounts to little more than a resigned sigh from the viewer thinking “why bother?”

The story itself revolves around Alex, a well-to-do businessman who returns home from work early one day to spend time with his family. Unfortunately, shortly after his return, a storm begins to brew and mysterious forces appear to be at work to separate the family.

Quite possibly the biggest problem with In Extremis is its exposition. It becomes almost blatantly obvious very early on in the film what the big reveal will be (a basic understanding of Latin will point you in the right direction with the title alone) but the script continually dances around the subject, steadfastly refusing to give even the slightest hint of what has happened until twenty minutes from the end. Long after you will have worked everything out for yourself and are merely waiting for the film to catch-up. 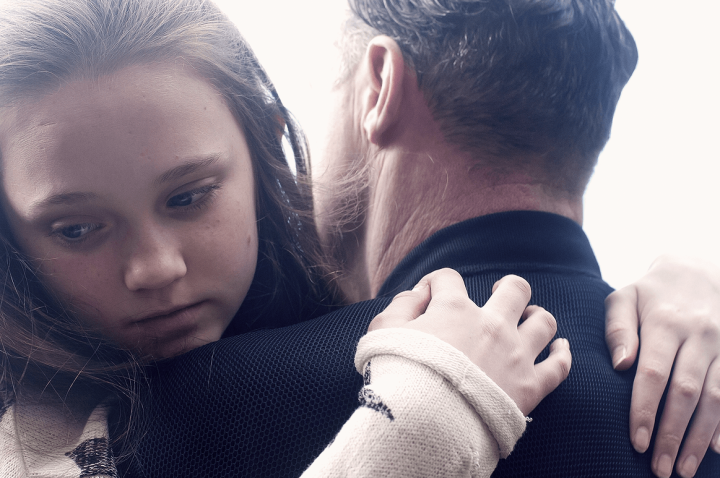 The obvious twist is also not helped by a punishingly plodding script. None of the dialogue feels natural, instead it tends to bounce from one stilted line to the next, a problem exacerbated by the actors delivering their lines in a bored monotone, only raising their voices to swear during the arguments (of which there are several.) Possibly the worst, and most obvious, offender is Isabelle Allen (best known for her appearance as Young Cosette in 2012’s Les Miserables.) It feels somewhat cruel to complain about a young actor, but there is absolutely no chemistry between her and her father, Alex (played by David O’Hara) and it is their parent-child bond that is supposed to be the emotional crux of the film. It could be that both actors are hamstrung by the script, but there is something amiss within their performances.

As mentioned earlier, the film seems to jump between genres on a whim. It is evident that director Steve Stone has his filmmaking roots firmly embedded in the horror genre, but every single aspect of that area feels completely toothless. There is no realistic threat to the protagonists from the Dark Man, and even the creepy looking hospital that appears later in the film doesn’t feel scary in the way that other films have managed to make the location a frightening place. Of course, the finale shows that the film isn’t a horror, it is more an attempt at an emotional drama, however, so much time is spent not addressing this core aspect of the film that there is little to no payoff from the denouement.

Ultimately, In Extremis is a jumbled mess. Were it able to slowly reveal its major twist over the course of the film as well as maintaining a steady genre and pace, it might be worth a look. As it stands right now, you would be better off watching something else.