A drama in the classic British social realism genre, Waking David is the story of ordinary people in unusual circumstances.

A young American is in London for a conference, and goes to meet the family of her estranged and deceased father, who she hardly knew. His family, however, consist of his wife, her new fiancée and her daughter, all of whom have secrets to hide that are set to explode. Having spent years not speaking about things, hiding revelations, and avoiding their feelings, they’re brought into direct confrontation with everything they’ve suppressed. 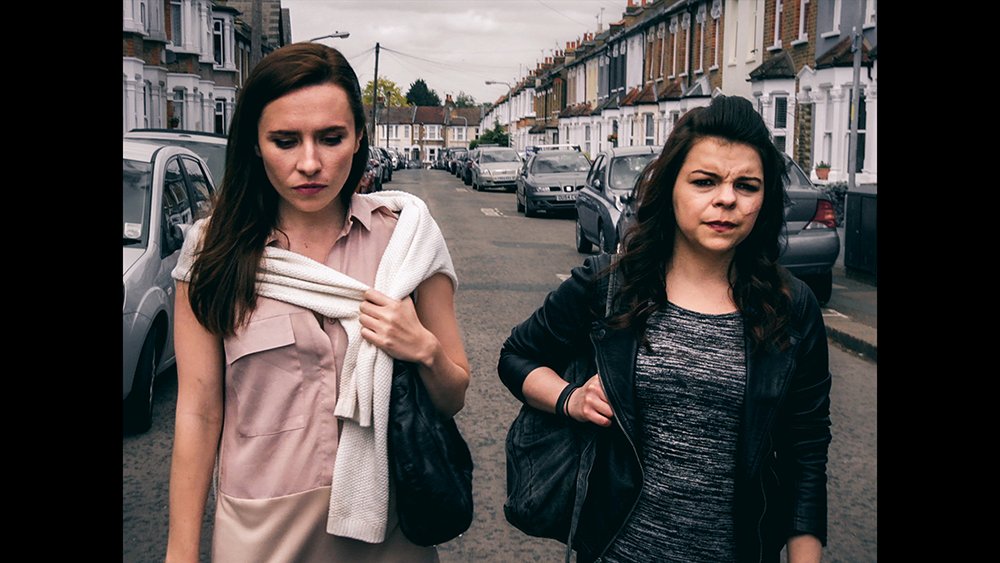 Much like Secrets & Lies (1996), Mike Leigh’s much lauded look at life in the working class home, this is the story of people who used to not be represented in literature or cinema, but with the rise of directors like Leigh, they now have a voice. In the case of that film, it looked at the drama of a working class woman confronted with the adult child that she gave up for adoption years before, and the way her revealing that secret effects the lives of her daughter and brother. This film feels a lot like a low budget homage of that film to me.

And yet, there’s something more here. With the American’s insistence on talking about her feelings and forcing them to look at themselves, she highlights an aspect of British behaviour in an interesting way. Her focus is on truth and feeling, on personal responsibility, whilst the British characters all exhibit the Stiff Upper Lip, that demands not talking about feelings, leaving well enough alone, and not speaking about the unspeakable. I felt watching this that the way of talking about feelings and processing them was frowned upon, was showed as being rather unrealistic and irresponsible, and I felt like this was not really resolved. Is this the theme of the film? Or does the ending point out that truth is better than living a lie? I’m not sure.

On the whole, the film is really a melodrama, and resembles more an episode of Eastenders than anything Mike Leigh dreamed up. There are a lot of revelations, kept secrets, lies, interfering that creates more drama… it’s not realism because it’s not realistic. But because the film, even with it’s low budget, has managed to obtain pretty good actors and a decent script, as well as being filmed nicely, it doesn’t descend into preaching or cheesy scenes.

It’s quite fun to watch a film set in your own city, and look out for the landmarks and localities that are your own. Even better than that are local stories, set amongst the type of lives that your neighbours could be living, if they were probably a bit more interesting and entertaining than they really are. This film is like a juicy bit of gossip that you hear about people you know, but with some embellishments, some exaggerations and additions that make it far more interesting than ordinary life, and in the end, isn’t that what a good film does? Take the ordinary and makes it better?