Right now, there is an outpouring of anime. We are definitely experiencing a resurgence on our little isle. With more and more titles being released for cinematic runs or special screenings, we’re being spoilt. The attention to the genre is great. More variety in our movies could lead to extraordinary things within the cinematic community. That being said, there is a phrase out there about too many cooks spoiling the broth. Anime is such a niche form that hasn’t an audience established enough to warrant so many releases. And, as much as we’d love it to score big every time – sadly, they aren’t all life-changing cinematic triumphs.

Genocidal Organ, which, sadly for this reviewer has nothing to do with Repo! The Genetic Opera, is based on a story by Project Itoh. It revolves around a country now under extreme surveillance and biometric IDs. The film sees Clavis Shephard, who is tasked in tracking the leader of Intermedia Group who is leading an onslaught against the third world population. With possible devastation looming, can the Clavis stop the dangers before the world is destroyed?

Ridiculous names aside (Clavis, MacGuffin. I mean. Damn.) A little bit of Ghost in the Shell, a little bit of Gattaca, a little bit dull, Genocidal Organ adds nothing new the anime genre nor the action thriller that it actually is. The film falls into familiar tactics in order to generate some interest. It’s disappointing because there are cusps of intrigue that billow with out but ultimately, it doesn’t grip for the entirety of the film. 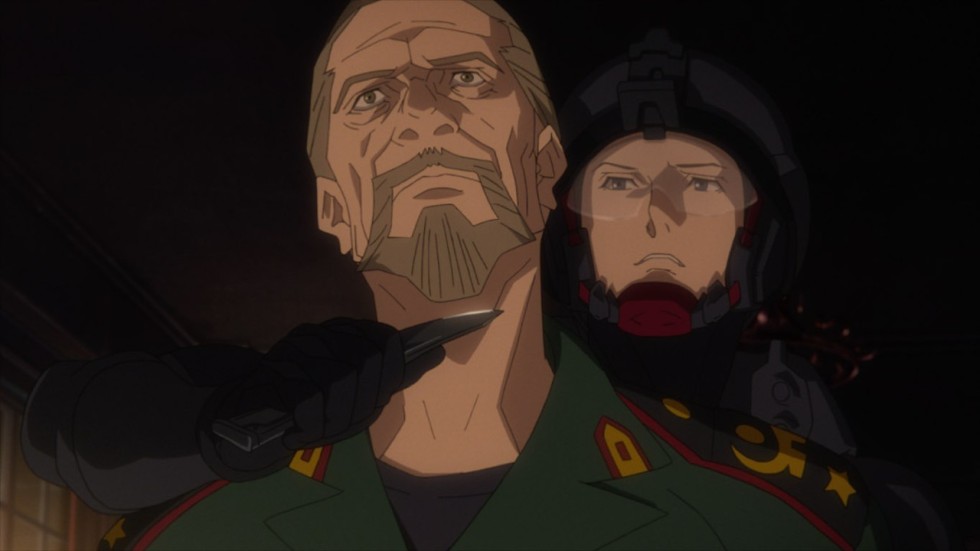 True to most anime, the sheer enormity of imagery on display is what sells you on the film. Vivid science fiction pieces dramatise the story, no matter how dull it may seem, and bring to life these characters. The establishment of this technologically advanced world blighted by greed and possible war is crafted with astonishing gravitas. Action sequences are glorious in this hand-drawn manner and encapsulate what makes anime such a terrific art form: A painstakingly rich way of imbuing a world with colour and character.

Though hardcore fans of the genre will be appeased by the final product to some extent, both the title of the film and its connotations begged for something more. It’s disappointing because this could’ve been a genuinely interesting film that hearkens to that anime era of Ghost or, maybe, even, Akira. There just isn’t much gripping or innovative to pull you beyond and, occasionally, you’ll feel as though you are watching a film you’ve seen before.

Sadly, this will be an anime release that will dissipate into a smaller crowd, not making much of an impact.