Here at We Make Movies on Weekend , we really love Nicole Kidman. Like, really love her. She’s just stellar in everything she does and everything she touches is gold. Even when she is in a bad film (cough, Bewitched, cough,) she still manages to produce a hefty performance. In Sofia Coppola’s The Beguild, she delivers some of the most outstanding moments ever caught on film. OK, yes, I am being hyperbolic, but I stand by it – Nicole Kidman is triumphant.

To celebrate her turn in Boy Erased, which is out today, here’s just a slight look of her filmography.

Honorable Mentions: Moulin Rouge!, and Dogville. Honestly, I feel bad for even cutting some of Nicole Kidman’s performances because she is so good in everything. Make sure you definitely, for sure, check her out in The Beguiled. She is so good.

Nicole Kidman’s game has been strong since she blew into the scene during the 80s. And while I haven’t included many of her way-back-when efforts, it’ll be remiss of me not to mention her work in To Die For. In cinematic circles, it is the one mentioned the most. The film revolves around a girl longing to be a news anchor and she’ll resort to anything to get there. Directed by GUs Van Sant, this satirical Hollywood thriller is an insasitable delight thanks to Kidman’s acting wiles. Chomping around this fantastic character, Kidman is a delightful black comedy treat. A must see for Kidman fans. 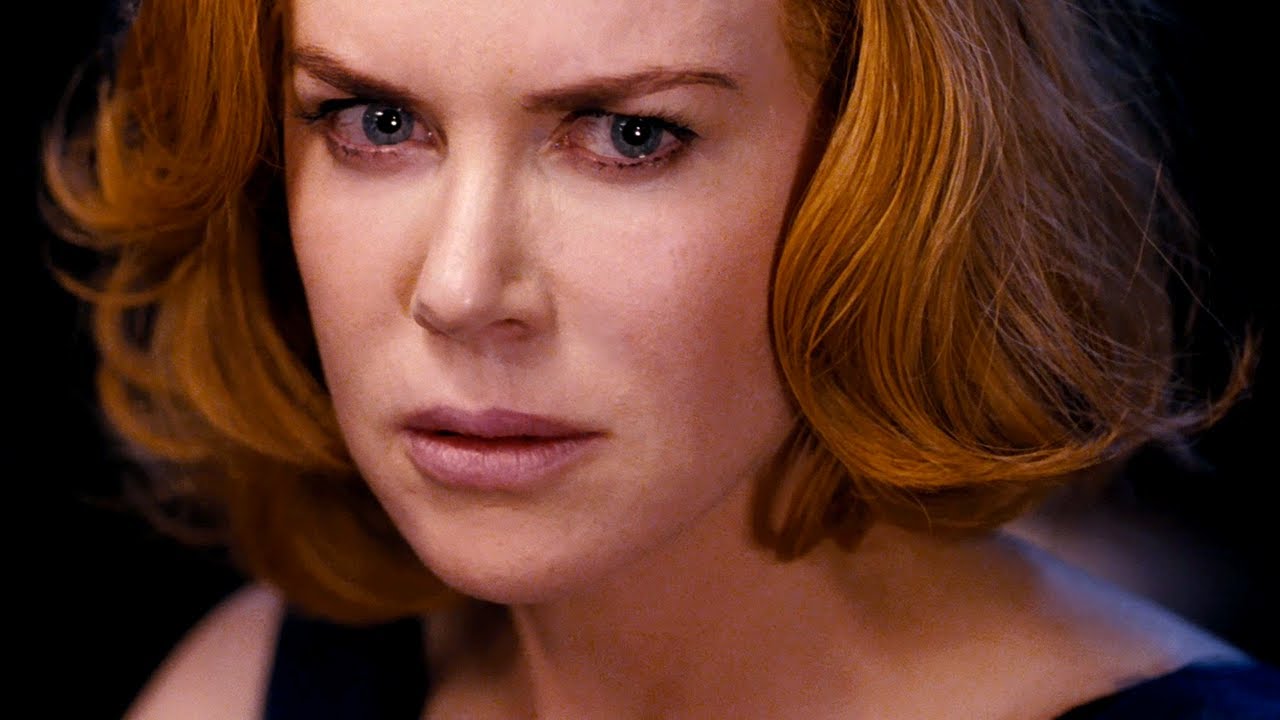 I am and will be forever flawed by Stoker. Park Chan-wok is a stunning director and imbues this thriller with visual excellence so superb it makes me gasp every time. Stoker is a terrific film about an estranged uncle infiltrating his dead brother’s family after his untimely death. Nicole Kidman plays mother Evelyn who starts of seductive, flirty, and grief-stricken but actually unwinds to be somewhat calculated. You’ll never forget her stark blue eyes as she cuts into her daughter India in a chilling and inescapably brilliant. Perhaps one of her best performances so heinously under-seen, as she tongues sharply the words “Personally, I cannot wait for life to tear you apart,” you’ll feel chills all over.

You know what, I’m just going to show you!

Nicole Kidman is an Australian but manages to wrap her chops around different accents from American to well, American. But if she isn’t talking the USA yarn or her native Australian, she is garbing off in a very British manner. There are many of the movies, Moulin Rouge and funnily enough, Australia. The most impressive of these roles was her turn as British novelist Virginia Woolf. In an Oscar winning role, Kidman surpasses many with not only a gift for all things British but balancing the genius writer with her battle against mental depression. Underneath the prostetic nose, Kidmans’s performance is poignant, laced with devastation and wicked mind games (from her own illlness,) that would end, ultimately, in her untimely suicide. Teetering on bright pink heels above the everyone in this perplexing but ultimately brillaint film is and that is Nicole Kidman. A resurgence of indepenent productions, Lee Daniel’s The Paperboy, about two layers imbued in an unusual case showed us that Nicole Kidman is still top of her game. Here, as Charlotte, she is incredibly believable as a forty year old white trash woman who writes to men in prison. Her character is by far the most complex and with an almost Sweet Charity feel to her rocky love life, the film really works when she is on screen. Any other actress may have taken the role and pumped it full of clichés and insanity. Kidman gives Charlotte a life, a story and realness.

Fun and vulnerable, Kidman is simply engaging, impossible not to watch throughout the film. Even (or especially) when she is pissing on Zac Efron.

Practical Magic just can’t seem to decide what it is. Is it a story about family bonds and overcoming obstacles together? Is it about magic and remembering to be true to yourself? Is it about danger? Is it love, true love? The answer is all of it and it is fucking genius and brilliant!

Kidman  is having a blast, although she just hams it up a little too much. A movie like Practical Magic needs that element of disbelief and Kidman flounces around batting her eyelids with her “look at me, look at me, I need help” act causing her character to be more of an irritation than someone you care about. But when you watch it, you are equally bemused by her charm as the men who fawn over her. She is clearly loving life in Practical Magic.