It’s summer! The sticky palmed and screeching population of our loins have exactly zero distraction with educations and are left to the exhaustion of their desperate parents. Everywhere entertainment facilities are filled with whiny crotch goblins and their equally complaint riddled carers in hopes that a colourful and LED light spinning machine will help distract for a few gloriously quiet hours.

I’m not a parent but having worked in many of these establishments, I can tell you that summer cinema has to be delightful for the blissful silence OR entertainment of said families before it all descends into chaos. Many films choose not to patronise parents or children and give them intelligent, beautifully animated adventures.

Others, like Monster Island, fail to impress even the ardent obsessive of shiny vibrant things and will hold your attention for just nanoseconds before it is lost in a silly, ridiculous film.

Monster Island revolves around a young boy trying to live a normal life in a small town. Going to school and trying to be popular, his Dad tries to keep him sheltered and under control due to an unknown inherited illness. That illness, however, is because he is secretly a monster kept under control by gaseous medication but after forgetting to take his inhaler, he turns into a beast at school. Turns out, his whole family are creatures from another island and he heads back there to find our more about his ghoulish inheritance. Only there is something more sinister is about to come out of the family secrets…

Convoluted, sloppy, and honestly, not that good. It suffers from being both simplistic and convoluted at the same time. I mean, how the monsters transform from humans (being born as humans first and then transforming later for some unspecified reason) is absurd. That is mixed with a plot-line about an evil uncle who is hellbent on revenge: Including inadvertently killing his sister. It’s just sloppily written with hammy dialogue and a stupid romance side story that feels hokey in a film aimed at children. The animation is somewhat OK but, again,  Leopoldo Aguilar doesn’t craft anything new or fresh. 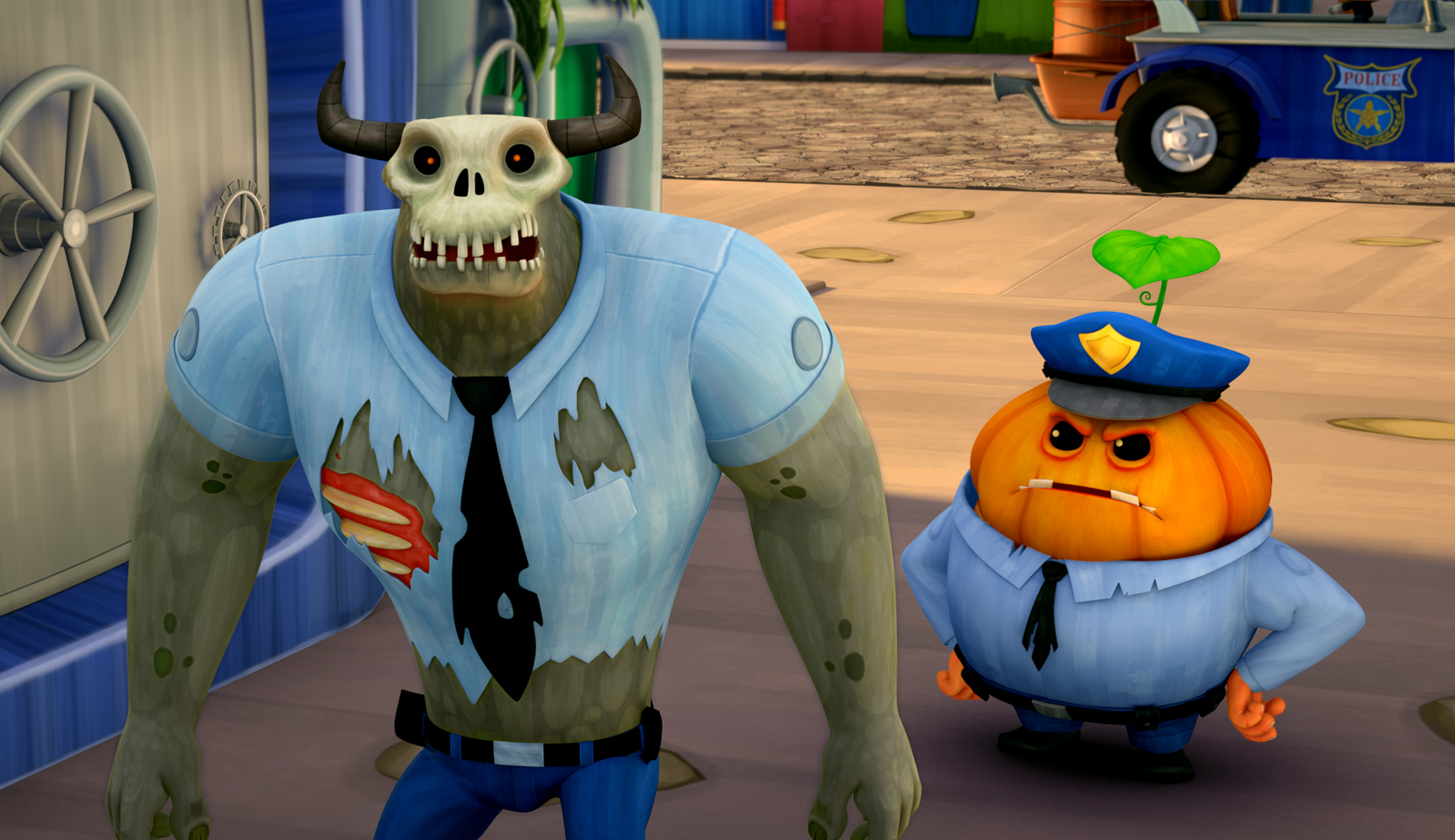 It skims the possibilities to be great: There is a lot of messages here for children about finding out who you are and finding home – no matter where that is. It is about acceptance nd self-love, even if it is lost underneath the confusing story-lines about shape-shifting monsters. There are good moments within the voice work, particularly from Fiona Hardingham and Roger L. Jackson – who interject moments of heart within the story. Yet there are so many avenues to develop that it simply doesn’t take – turning into a rather tedious film that maybe would’ve worked best as a television series for really tiny small ones.

In a world where Disney Pixar are dominating, and dominating well (Cars 3 aside,) and other companies such as Dreamworks still rising through the ranks, Monster Island just doesn’t meet the levels already presented. Perhaps there is a smaller audience, a select through enthusiastic children in it for a good time and some bright coloured critters on the big screen. But many will be wishing they’d chosen a different type of beast.

Monster Island is out 21st July