“Those who do not learn history are doomed to repeat it” is a popular phrase used as a warning to those who don’t learn from their past. It’s a great phrase with a lot of truth to it but what a lot of people don’t realise is that that quote is a rewording of the original George Santayana quote: “Those who cannot remember the past are condemned to repeat it.” This example of a misconception is seen regularly in many historical movies. Inaccuracies in historical movies happen: it is at times difficult to accurately depict certain events or know for sure what happened. What makes an inaccuracy irritating enough to ruin a historical movie is when it is born from indifferent film makers who don’t seem to care enough about history to get basic things correct. It’s precisely why films like Braveheart, Pearl Harbor and Kingdom of Heaven annoy me. When a historical film is done well with the era they’re covering truly in mind, it is a masterpiece. To celebrate the upcoming release of Dunkirk, here are five great historical films.

One of the best films Stephen Spielberg has ever made, Schindler’s List is the story of entrepreneur and Nazi member Oskar Schindler (played by Liam Neeson) who during the Nazi Germany era rescued over a thousand Jewish people, many of which were Polish-Jewish refugees, from the Holocaust by employing them in his factories. Shot mostly in black & white, Schindler’s List is a powerful historical movie with some of the most iconic imagery in film history and a potent message everyone needs to take heed of.

Another Spielberg directed film set around the second world war, Saving Private Ryan details the tale of American troops who were part of the Normandy Invasion at Omaha beach. They’re sent on a mission to rescue a Private James Ryan (played by Matt Damon) whose brothers have all been killed and, as part of Sole Survivors Act, had to be sent back to the United States. Saving Private Ryan is a masterpiece in war film making and is one of the few films featuring the American military that isn’t completely romanticized. Tom Hanks leads an impressive cast and gives one of the best performances of his career.

A two-part film not known enough in the Western world, Red Cliff is a chinese historical war film directed by Face/Off director John Woo. It covers the Battle of the Red Cliffs which happens between the fall of the Han dynasty era and the beginning of the Three Kingdoms era in ancient China. General Cao Cao (played by Zhang Fengyi) has manipulated Emperor Xian to allow him to eliminate his rival warlords Sun Quan (played by Chang Chen) and Liu Bei (played by You Yong). In light of Cao Cao’s journey to dominate the land, Sun Quan and Liu Bei end up forming an alliance to fight an epic battle at Chi Bi. This film is a classic epic war film in both narrative and film making. This is a film that is a vital watch for anyone into historical films, war films epic films or any combination of the three.
You can see my more indepth thoughts on Red Cliff in my review of it here!

This film unintentionally gave birth to one of the biggest internet memes ever seen. Downfall is a German-Italian-Austrian historical film that shows Adolf Hitler’s final 10 days of life. It does an incredible job of showing the desperate nature of the defeated Nazis, the brutal manner in which the majority of them commit suicide and the darkness of the war itself. Despite the characters being Nazis, the filmmakers expertly make the characters believable and allow the audience to relate to them. Rather than being stock evil villains, they are shown as human beings that had human cares and wants whilst being responsible for some of the worst atrocities ever committed. 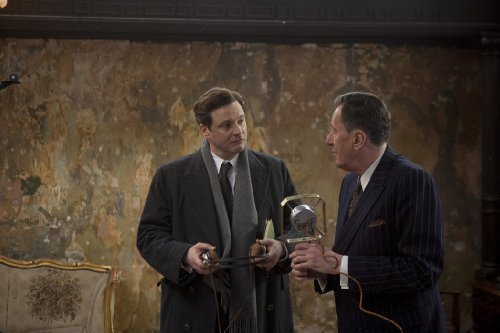 A historical drama that won multiple awards and has become a staple of Christmas movie watching for many in the United Kingdom, The King’s Speech detailed the story of King George VI (played by Colin Firth) who struggles with his stammer, his strained relationships with his father and brother and his self esteem. He unexpectedly ends up on the throne in the wake of the abdication of his brother King Edward VIII (played by Guy Pierce). The film details the relationship between King George and his physician Lionel Logue (played by Geoffrey Rush) who tries to help him overcome his obstacles. A film shot with excellent, subtle cinematic techniques and using harsher glares than the standard historical film “soft light” standard The Kings Speech is a force to be reckoned with.

Honourable mentions: Zulu, Waterloo and Lawrence of Arabia are considered three of the best films ever made, let alone from the historical genre. They likely would’ve made the list if I had watched them. Yes, I am aware that being a film critic who hasn’t seen any of these films is a minor crime.

Dunkirk is out now.