Now I love all animals, big or small, furry, feathered and even scaly, they all get my appreciation. Yet in the domestic sense cats and dogs dominate our lives. As much as I love our friends of the feline variety, I accept the fact that they are kind of pricks. Aloof, indifferent, cold, judgmental and only offering companionship in exchange for food and affection. At least you know where you stand with them. Still they are a lot of fun and YouTube would have died without their clumsy contributions.

However, when it comes to dogs, I think they are the….well…Dog’s Bollocks. Adorable and adoring, they are fun frolicking creatures who are lovingly loyally and wonderfully wonderful. In fact, I cannot walk past a dog without spending at least an hour hugging, embracing, and loving it. Dogs are the best.

Today is National Dog’s Day so we’re taking a look at the best dogs on film! 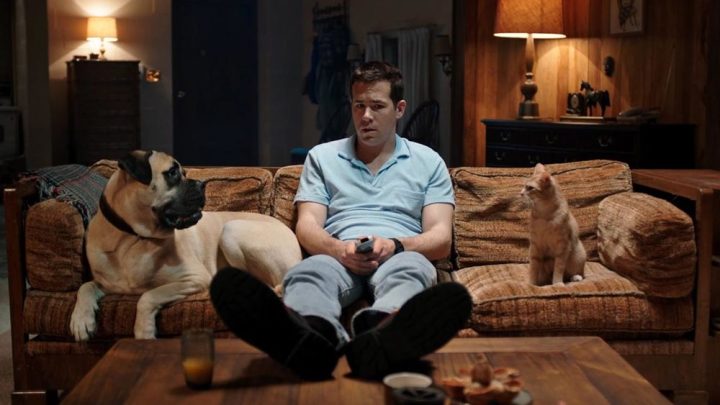 The newest entry to the list is Bosco the cute, lovable, slightly simple pooch pal to Ryan Reynolds Jerry in The Voices. As his evil Cat Mr Whiskers tries to convert Jerry to the dark side Bosco proves wholly that dogs really are good to the chore. Reassuring Jerry that he is, in fact, good and that killing is not the way to feel alive, Bosco is the loyal pup we all need. Yet as Jerry’s delusions progress Bosco’s faith in his owner is tested as he commits ever more horrific acts. It is very telling that when the film makers were choosing to represent the good and bad side of Jerry’s conscience they choose the dog for good and the cat for bad.

Or as Bosco would say to Mr Whiskers ‘yeah, shut up cat’. 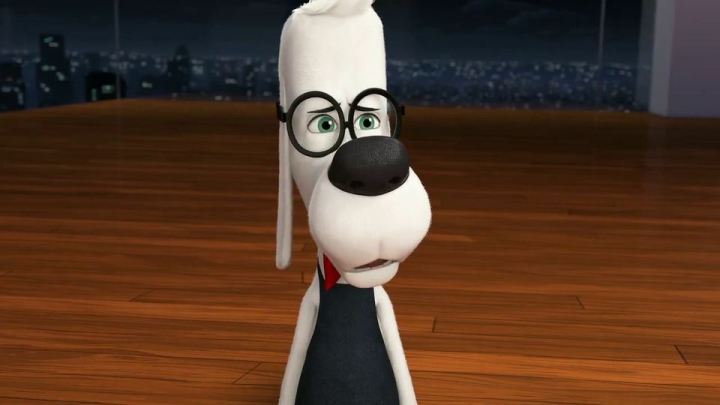 Mr Peabody and Sherman may not be the most popular DreamWorks film but it really is worth a look. Mostly for its brilliant lead Mr Peabody voiced by the very charismatic Ty Burrell. Mr Peabody is  the world’s smartest dog who adopts a young boy called Sherman. After a fight with a young girl at school Sherman borrows Mr Peabody’s time machine and takes the girl on an adventure through time. The film is a keen example of where animators have taken inspiration from a vocal actor. Despite Mr Peabody’s simple appearance. he really does look like Burrell. His cool exterior and kindness are two of the films key selling points.

For Tim Burton’s remake of his own early short film Frankenweenie, we meet a young version of science boffin Victor Frankenstein and his trusty dog Sparky. When Sparky tragically dies Victor uses the power of science to revive his friend with chaotic consequences. The ending of the film is where Sparky shines the most. If you were in a burning building who would you want to be inside with, your cat or dog? The answer is obvious as a dog would attempt to rescue or comfort you while a cat would be out of there. Sparky sacrifices everything to protect his best friend who must learn that when someone leaves you, remembering them keeps them alive. 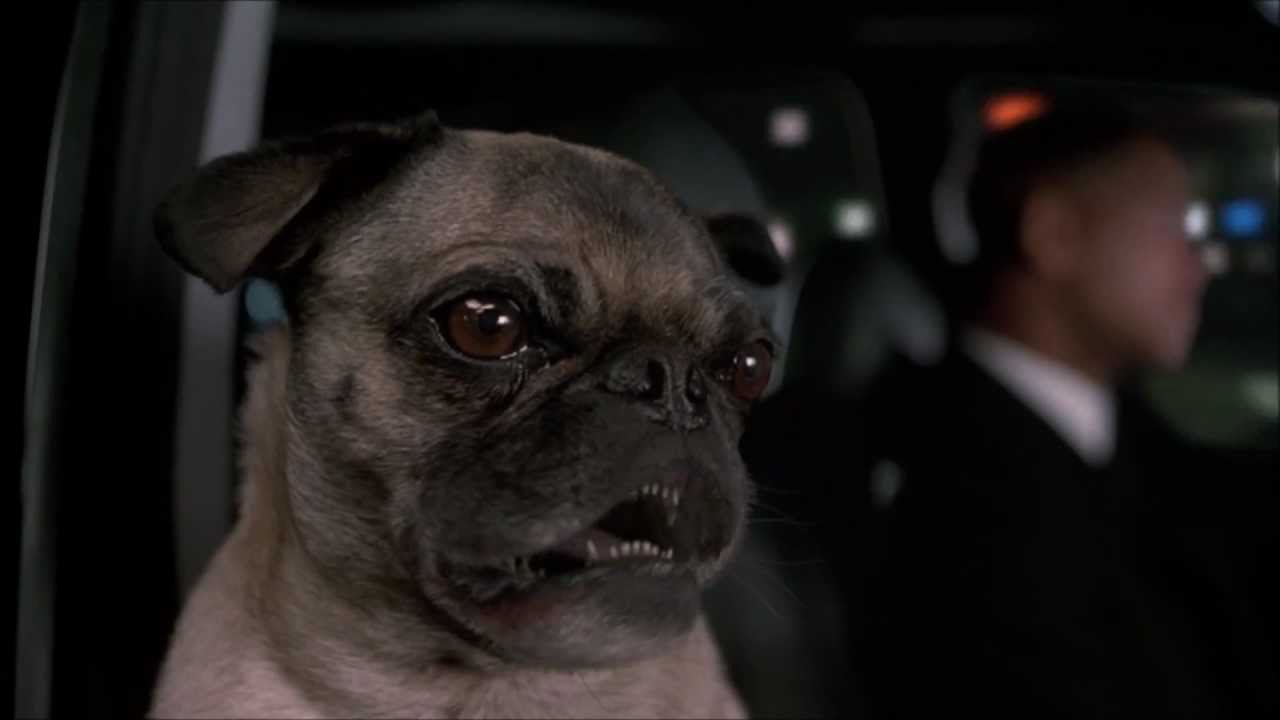 Now I am a little biased here as I have something of a Pug obsession. Their little legs and wrinkled faces just make me go mushy. In the first Men in Black, Frank was introduced as the disguise for a visiting Alien on Earth that Will Smith and Tommy Lee Jones interrogate. Despite only being present in the film briefly he has one of the film’s most memorable scenes. In the sequel, Frank is made a fully-fledged MIB agent complete with a suit for a scene. His wise cracking and straight talking do not always go down so well with his partner Jay but to audiences he is a big chunk of the laughs. 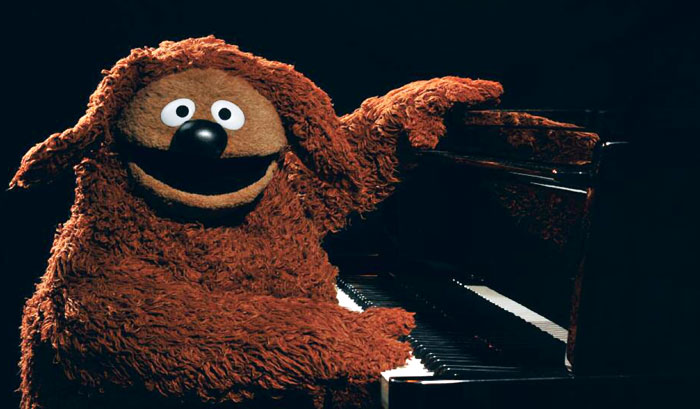 Rowlf may not be as present in the most recent incarnations of The Muppets movies but he is still a worthy character. Wise cracking and calm under pressure, as all the other Muppets are running around emits chaos Rowlf is most likely in the backgrounds having a drink or playing Piano. With The Muppetsfranchise thriving, we can only hope that Rowlf will make larger appearances as the films go on. If you want to see Rowlf at his best look to the original movies or the TV series.

Gromit, the claymation creation from Aardman Animation is the perfect example of a dog whose intelligence exceeds his owners. Gromit is frankly more of a carer than a companion to dim witted but well intentioned Wallace. The brain in the relationship he usually sees things coming before Wallace and does whatever is needed to protect his friend. Gromit’s lack of dialogue would be a disadvantage to any animator but this is Aardman we are talking about. Despite never uttering a word audiences always know what Gromit is thinking or feeling. Through brilliant mannerisms as well as facial and eye movements Gromit’s silence is never an issue. For his loyalty, big heart and the patience of a saint in living with Wallace he really has earned his place on our list.

The idea behind the Beethoven films was simple enough; A family finds a lost puppy. The family adopts the lost Puppy. The puppy, which is in fact a Saint Bernard, grows to a ridiculous size and causes entertaining havoc usually for the resentful dad Mr Newton. It was this dynamic between the resistant dog loving dad and Beethoven that was the heart of the early films. As the rest of the family faun over their new pet Mr Newton is left to clean up his destructive mess. Yet when the dog must be given away he realises just how much he also loves the family dog. See the film for laughs, fun and the special joy a dog will bring to a family.

Now this may be a tearjerker option but even the strongest amongst us shed a tear for Lassie in her various forms. The tale of the heroic Border collie that repeatedly gets separated from her family and makes her way home has engaged generations of viewers. Her films endorse the idea that dogs are as much our protectors as they are our friends. Whenever a human was in need of saving or protecting Lassie would be there. It may be an old fashioned concept but it really dose warm your heart.

Shadow – the Golden Retriever from the Homeward Bound film – is the embodiment of man’s best friend. When Shadow, fellow dog Chance and cat Sassy are placed at a farm while their family are away the animals collectively decide to return home. Through wilderness, on a cross country adventure the animals must face the element to return to their family.

Yes it is cheesy but by hearing all three animal’s thoughts through voice overs we grow to love the three very different characters. None more so than wise leader Shadow. As young Chance and high maintenance Sassy, (typical cat) lose faith in themselves and their humans Shadow never doubts that he must get home to look after his boy Peter. And frankly, if you do not cry when shadow finally comes over the horizon back to his best friend than its official, you have no soul!

Dug is absolutely everything we love in our K9 companions and more. Happy, loving, enthusiastic, brave and loyal as they come. Dug joins old misfit Carl Frekricksen as he attempts to take his house, which is elevated by balloons, to Paradise Falls. As the last wish of he now deceased wife Mt Fredricksen’s determination to reach his goal sometime clouds his judgment. But with the help of Dug and a young Wilderness Explorer called Russell he soon realises what is important. Dugs ability to love everyone instantly even eventually breaks Mr Fredricksen.

Despite wearing a collar that translates all his thoughts into human speech Dug still feels like a regular dog. His level of excitement at the sight of a ball or the way a squirrel will interrupt his thought process is so accurate of his breed. The moment in the film where Mr Fredrickson yells at him will break anyone’s heart but like all dogs Dug is quick to forgive and comes back to his master