Ahead of our special shorts night with International Review, and Ritzy Cinema, we’re featuring the directors and their short films.

First up is Moo, a devilishly brilliant comedy that has beef with art pretension. It revolves around a young artist who is obsessed with cows and must decide between them and her peers at art school. We  spoke with director and writer Samuel Galloway!

Would you say that Moo is an art school satire?

Yeah, I guess it is. I did intend for there to be a few straight characters in their somewhere but they all seemed to go out the window on the day.

Is the film inspired by your own experiences at art school?

I’m really glad if it comes across that way! It was going to be about a guy at film school that wants to make comedy but his teachers want him to make something more sophisticated, but that was just literally what I was going through. So I boiled the fundamentals down to a story about creative differences, it was easiest to visualise that with painting and sculpture anyway, and there was a lot of material to poke fun at in the art world.

Does the film reflect your own frustrations in regard to creativity, sincerity, and creating what you want, and what’s expected of an artist?

Absolutely, for me it’s all about finding your voice and speaking with it as passionately and honestly as possible. This is something most people start out doing, but intellectualising things gets in the way of that. But you do need to be able to self critique and draw from others to get better, I guess that’s what I (and Helena) learned after school.

How did you find the lead actress Alice May Connolly?

Alice is an old friend from New Zealand, she was flying to Melbourne for Edinburgh Fringe Festival, so I scheduled the film around her trip. She’s a fantastic stage actress, so I wanted more people to see her work. I would cast her in anything.

Is it true that you were originally a stand-up comedian? Why the change to film? Was it a natural progression?

I always wanted to make films, I was 13 when Lord of the Rings started coming out so Peter Jackson was a big hero. But that was pre DLSR so I could never produce a cinematic image. I went from music school to culinary school to stand up all the while wishing I was making films. Then I heard about a film school that cost £1500 for a diploma in a year so I dove in.

You’re originally from New Zealand. What brought you over to the UK?

I had been doing quite a bit of acting so I thought I’d move to somewhere with a bigger industry, so I could really reach my full potential you know? Turns out the actors here are rather good, and my six months of improv classes didn’t count as “training.” I couldn’t get an agent, and I had no one to make films with so I just wrote for the first year and got a sense of the industry. (Don’t wear flip flops and rugby shorts to Cannes, no one will take you seriously.)

Is it easier to get films produced in the UK than NZ? What are the main differences and obstacles?

Most of my work was actually made in Melbourne, it’s definitely easier to produce work the way I do it (cheaply) back there. The cost of living is too high to ask people to help out for expenses only here for more than one or two days, but there are also many more funding opportunities and production companies here, so my goal at the moment is to learn how to apply for things properly like a big boy. 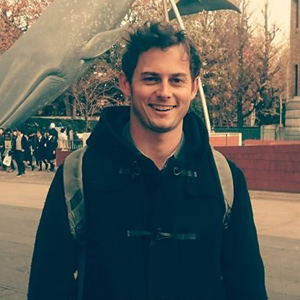 You’ve just finished your first feature film. Can you tell us a bit about it? Does it follow in the same vein of humour as Moo?

Mutt is the story of of a young pregnant woman who has to rescue her dog from a fighting ring before he’s tortured to death, and prove to herself, and her conservative in-laws, that she is ready to be a mother. I think there’s one laugh in the film, and a single “ha.” So 1.5 laughs. I wanted to see if I could pull off a feature film without comedy as a hook, we will see…

Will it be seen in cinemas, are you finding it easy to get it distributed?

The film was make for £3000 and was guerrilla through and through, so with the project still in the early stages of post production it’s too soon to really tell. We’re certainly not as prepared as we should be, but if we had waited to be ready we would have never made it.

What’s the best advice you could give to someone wanting to direct independent films?

The cavalry isn’t coming, learn how to do it yourself, write your own work. Make lots of films very cheaply, don’t spend too much on of your own money on any one film, have a slate of films and spread it out evenly (and don’t spend more than 20% of your budget on the camera.) Throw yourself in the deep end, you’ll make mistakes but the way you adapt your work under pressure will make it more interesting and you will learn for next time.

Are you working on any new projects?

Yes! Always. Another feature is in development and two short films are in post (one of which is a proof of concept for a new feature.) I also did my first scratch night at a small theatre recently and want to do more plays as soon as possible. Also a graphic novel, maybe.

Check out Moo at Ritzy Shorts.
Buy your tickets now!