And it’s no wonder, because it is one of the best movies you’ll ever see.

Call Me By Your Name revolves around the young Elio, an American-Italian boy who is living with his parents in North Italy, spending most of his time in his family’s villa. Playing classical music, transcribing ancient work, and flirting with friend Marzia, Elio wistfully wastes his days. Every year, his father brings in an academic to help him with his work as a professor in Greco-Roman culture. Though Elio is intellectually, perceiving himself to be an adult, he is also naive in aspects of growing up. This year, the arrival of Oliver from America, sets off emotions within him that’ll change their lives forever.

For a long time I’ve thought Armie Hammer was a fantastic actor who just hasn’t had much luck in films. He’s either a side-character in a great film or a lead in a sloppy one. His presence, however, always illuminates and electrifies. Here is the film he has completely deserved. As Oliver, an American academic who is sensually awakened by the Italian landscape and Elio’s presence, Hammer is just wonderful. Divinely touching upon affecting emotions within his character and offering astute wisdom upon life and love, Hammer is a source of enrichment to this phenomenal film. Opposite him is Timothee Chalamet in a breakthrough role that has to earn him nominations. Immersed in his role as Elio, he takes on this coming of age drama with an alluring sensitivity. When Hammer and Chalamet are together, the screen sizzles with heated chemistry both vigorous and delicate. The two leads enact one of the most engrossing relationships to grace the big screen.

On top of this,  Michael Stuhlbarg as Elio’s father is absolutely wonderful, providing one of the most tear-jerking moments within the film. 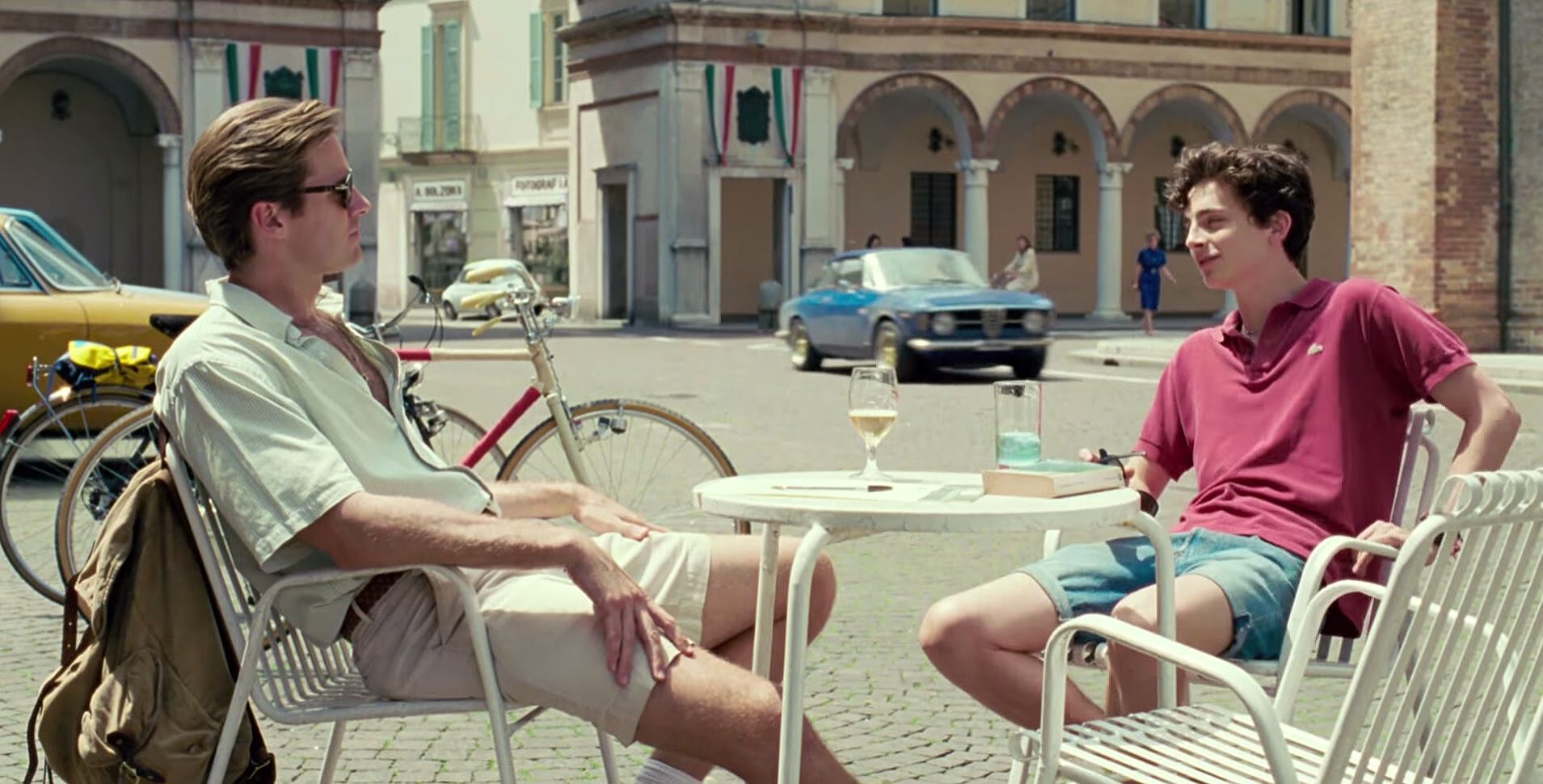 Call Me By Your Name is simplistic in its approach to story telling but that is not a terrible accusation here. By stripping the tale down to its bare bones, it intrinsically becomes more affecting, focusing on the relationship between the pair. Utilising the sun and landscape of Italy, Guadagnino has melted this erotic artwork gloriously into the vivid early 1980s aesthetic. Similarly to A Bigger Splash, the heat boils emotions and through his mastery of the story, it’s clearly visually compelling, this is a gorgeous piece of work to look at as well as to engage with the characters at the core of.

Next to films such as Moonlight and God’s Own Country, LGBT dramas have never been so divine, powerful, and momentous. Call Me By Your Name is one of the most vivid, vibrant, and vivacious dramas of recent years and its lush aesthetics and glorious emotional undercurrents make it one of the best films of the year.

Call Me By Your Name is out on DVD & Blu-Ray now!