if you have only briefly hovered around me, you’ll see me talk about many things; Filth, Videodrome and Repo! The Genetic Opera are just the few names that have caused such a guttural moan in you as you’ve seen them again that it’s echoed right through your computer and into my sad heart. Sigh. Anyway, whilst the antics of Bruce Robertson may have heavily knocked Silence of the Lambs off the top spot (a top spot, if you mind, that has been kept for ten years,) it’s safe to say that the name I have held on my lips ever since I was fourteen was Hannibal Lecter.

With The Silence of the Lambs returning to the big screen, what better chance to take 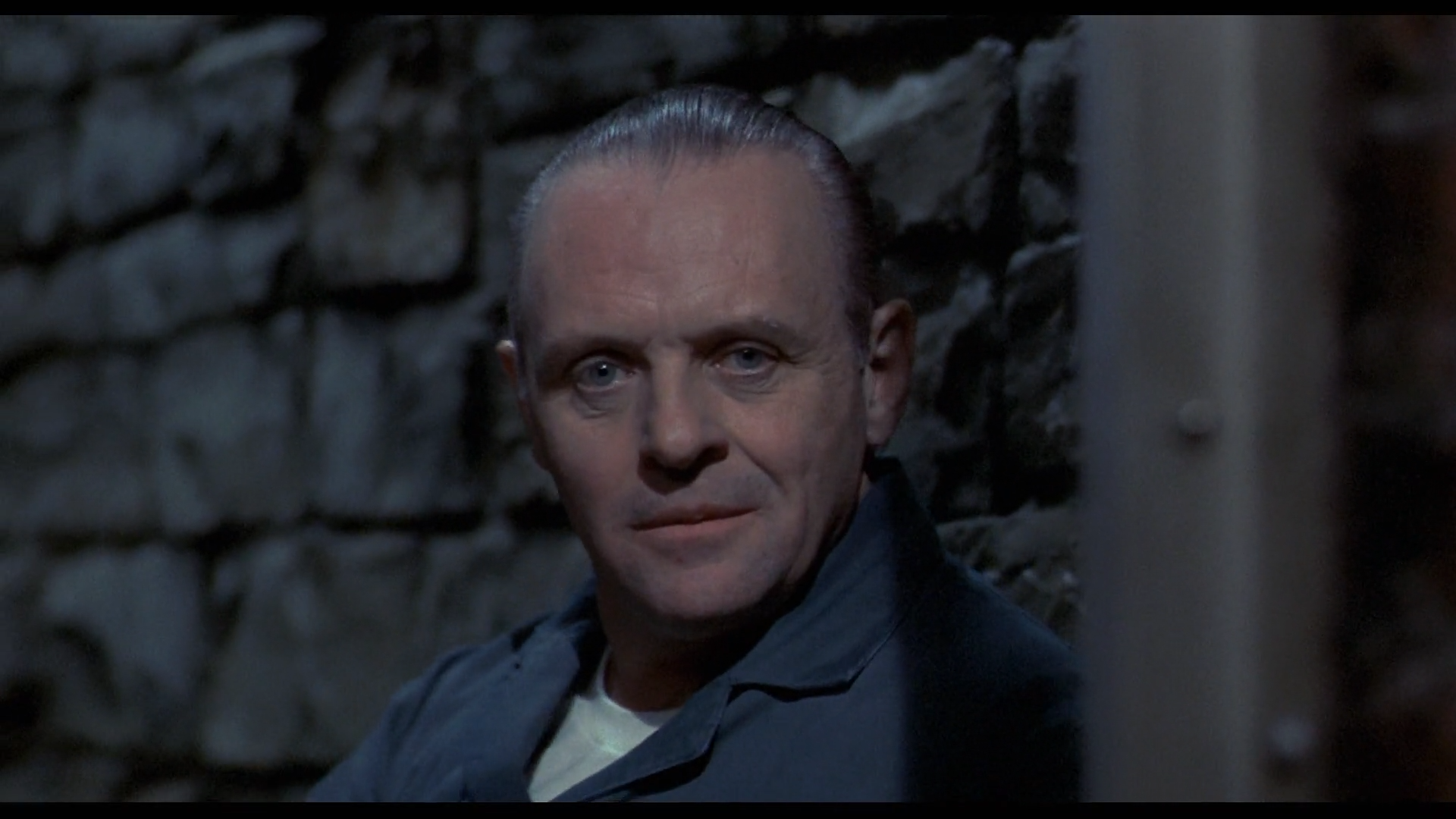 Hannibal Lecter has been ferociously commanding my cinematic and literature obsessed heart ever since his burning blue eyes (maroon in the book) stared into Clarice’s and subsequently mine. Created by the mad genius Thomas Harris in a trilogy of books, Hannibal Lecter is a well-known murdering psychiatrist who nibbled on his victims thanks to his acquired taste of cannibalism. There have been four people to tackle the Lecter villain, spanning over further from Harris’ stories and into six films and now a critically acclaimed television series.

First appearing in the guise of Brian Cox in Michael Mann’s (better) Manhunter, Lecter savagely and intellectually commands your attention only to use it to pick you apart until your core is quaking. Playing opposite William Petersen, Manhunter is perhaps the lesser known of Hannibal’s cinematic appearances but (arguably) is one of the best. Cox’s translation of the text is verbatim, he gets the mannerism down to a terrifying effect that practically roars through you. The taunts and the clever way he tears down Graham are tantalising here, it speaks with the venom that Harris had first injected into our Doctor. There is no denying here that Cox’s performance is phenomenal and yet, it was cast away into the cult only to be exhumed recently because Mann’s thriller is, indeed, excellent.

Onto the more famed and Academy Award Winning Anthony Hopkins. Now, Hannibal Lecter scholars (who, I assume don’t exist but if they do, where can I sign up?) will often argue that Brian Cox is better than the campy Hopkins and in some respects, they are right. After all, Cox plus Mann and Petterson equals an unforgettable film. Yet it is Anthony Hopkins who delivers such a resounding and mesmerising performance that it is wrong to go back and accuse it of being the lesser of the two. In comparison, Cox and Hopkins have a similar core yet trundled off in different directions. Whilst my brain will debate that Manhunter is the better film, my heart will always belong to Jonathan Demme’s timeless piece. And the heart is always right. Looking back, Silence of the Lambs will always interject that sliver of fear that Manhunter simply couldn’t encourage from the wimpiest of cinema goers. With Demme leading the charge in an atmospheric and intense thriller and Jodie Foster pulling an unstoppable Starling out the bag, Hopkin’s thrives on being that spark of madness that alludes the entire film. What Hopkins captures, in merely sixteen minutes, is this utterly haunting villain who is inexcusable, inescapable and so intriguing that as he sinks into your skin, you’ll be aghast and thrilled at the same time. Those burning eyes and that intense viciousness is un-paralleled. He quips immortal lines to tear Starling down yet offers help mere moments later just to hold the upper intellectual hand. Hopkins is breath-taking and it still sends chills for his award winning role as Lecter.

Which is a shame that it underdeveloped and in lesser form in both Hannibal and the Red Dragon. Vastly different films to Silence of the Lambs, both suffer from style over substance and throwing Hopkins back into the role many years after his first outing. True, Hannibal actually relies on this as the book was set years after, but Ridley Scott’s transformation feels much more about the beautiful and archaic Florence that Hannibal now resides in rather than the character development. Rearranging key scenes in the book, for better or for worse, Hannibal’s villainous character that plagued us for years succumbs to a soppy and uncharacteristic ending, miles away from the malicious book ending (for the book lovers out there, it angered me so,) and plonked Hannibal in this middling nice guy act that just felt wrong. Though not her fault, Julianne Moore can never play off the character as well as Foster did and in the end, whilst stunning to see, it ends up being well done instead of a rare treat.

Now, as much as this kills me to say, Brett Ratner’s Red Dragon is actually quite a good affair. It is flawed, particularly from its pacing, its timing and the fact that it had to contend with Manhunter. What worked for Ratner was not only getting Hopkins on board to resume that missing role in the once trilogy but also following the text that Harris had created so it accurately followed Graham’s hunt for the tooth fairy. The biggest shame here, though his appearance was levitated the film up with the help of Edward Norton, Phillip Seymour Hoffman and Ralph Fiennes, as that Hopkins return to the role left him bereft of the aggressiveness that we admired in Silence of the Lambs. Instead, he leaned more to the pantomime villain and without that resurgence of calm, collected manners and murderous doings, Red Dragon is a good effort and it could be great, if only it hadn’t the previous outings beforehand. 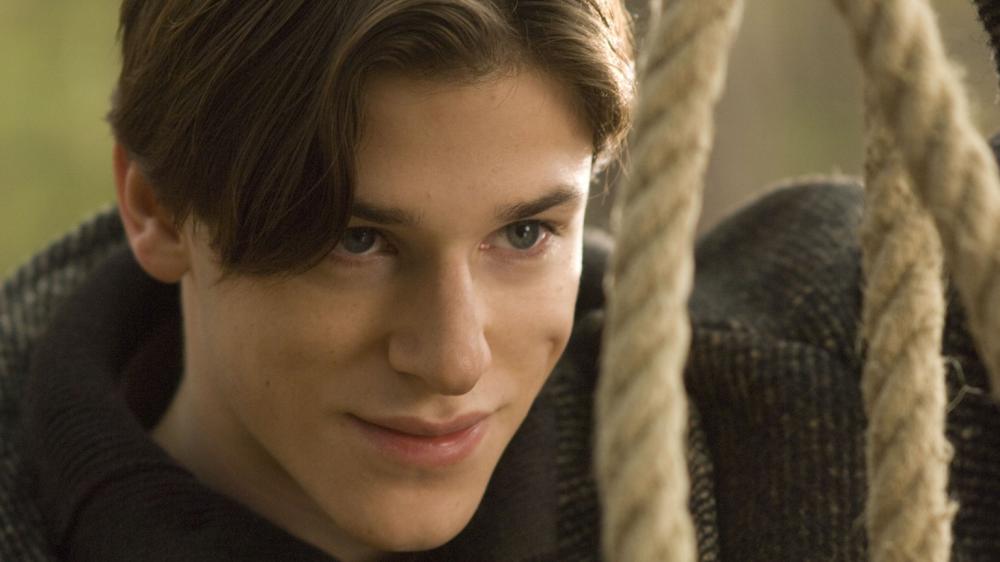 Onwards to yet another prequel in the Hannibal Lecter series. Look, I feel as much dismay about this as you do because the integral film critic, before embarking on an article to dissect all the Lecters, would do as much research as they can. Unfortunately, for me, this is the one area I cannot complete. I cannot accurately criticise Gaspard Ulliel’s performance as Lecter in Hannibal Rising because I have not seen it nor have I read it. The reason that Hannibal Lecter is so terrifying is that there is no just cause for his murders. He isn’t a psychopath or a sociopath and those who squeeze him in a box were wrong to do so. He simply enjoyed the killings and whilst many don’t want to face that, isn’t a normal person so willing to kill his fellow man scarier? Though touched upon in the Hannibal book, adding a backstory that explains this, to me (very important that part) unravelled everything that made Hannibal so sinister. So, while I’ve heard Ulliel is great in the role, I simply could not and will not watch the film.

This reason alone made me hesitant about NBC’s Hannibal. Knowing that the possibility of the one villain I’d placed on the highest pedestal could crumble into an average murderer made me wary of Bryan Fueller’s creation for some time. That is until I watched it and learnt one great thing about the series, Fueller is a Hannibal Lecter fan too. Much more so in series one than anything, he had. accurately adapted the books into his own vision whilst still harkening back to the Harris canon. Beautiful creating the most picturesque murders as well as characters so thick of promise, Fueller has given life back into Lecter with help from Mads Mikklesen. The Danish actor through accents, mannerisms and the perfect script has given that chilling charisma back to the cannibal. That one who could manipulate a setting and watch people dance into his flame like deranged moths. Though season two has wobbled with interpretation, Fueller and his team has brought Lecter into a new generation, with an expansive fandom and a terrific cast that tackle the storylines and gore with enough skill for us to be drooling over the slab for season three.

But ask yourself, when you are alone at night and the moon encourages your pulse to beat a little louder, which eyes pierce yours? Which Lecter would you dine with? And through all this, do you wake up to the whispering, the whispering of Hannibal the Cannibal?

The Silence of the Lambs is out in cinemas now!

One thought on “Dissecting Hannibal”