Sofia Coppola has been a profoundly talented director since the 90s. From The Virgin Suicides to Lost in Translation, she has crafted a history of timeless movies with depth and emotion. Whilst critically analysing the state of humanity, her works equally tackle repression, secrecy, and loneliness. Her work has been studied for years, crafting a fanbase that relentlessly treat her like a cinema rock star.

Now she is back tackling passions in the Deep South with her Cannes award-winning film The Beguiled.

Based on a book by Thomas P. Cullinan, The Beguiled revolves around an all-girl boarding school caught in the middle of the Civil War. When a wounded soldier from the North rocks up in their garden, they are reluctant to help him but tend to his wounds anyway. However, his arrival within the house sets off desires and tension reverberate throughout the girls. What will happen when they threaten to boil over?

The Beguiled has already romped on the big screen in the Clint Eastwood led adaptation of 1971. With hallucinations, dream sequences, and flashbacks, the previous cinematic outing has earned praise and detraction. In Coppola’s production, this is stripped back to the main story, and developed to make it such an intense, and naturally comedic film with stunning performances at the core of it.

Nicole Kidman is a powerhouse of an actress. We should already know this but in The Beguiled, it echoes strongly. Her delivery of outrageous dialogue or subtle hints of her character’s darker interests imbue this film with strength and intrigue. Despite a strong supporting cast here, (and she isn’t even the lead, I suppose,) Nicole Kidman’s work is terrifically astute and equally compelling. Following her are Kirsten Dunst and Elle Fanning, whose characters are turbulent yet reserved, twisting with their passions whilst keeping up an appearance of reservation. Colin Farrell’s Irish soldier is, indeed, great as always and his ability to turn from flirtatious to raging in a fantastically watchable way.

Lush cinematography fills the screen as Coppola strips artificial light down to its bare bones. The haunted candles filters sumptuous colours in a remarkably colourful yet muted way, making the imagery haunting to look at. With the natural beauty of rural and Southern America, The Beguiled charms much like the ladies do with the Colonel and it is impossible not to obsess over the hues and tones. 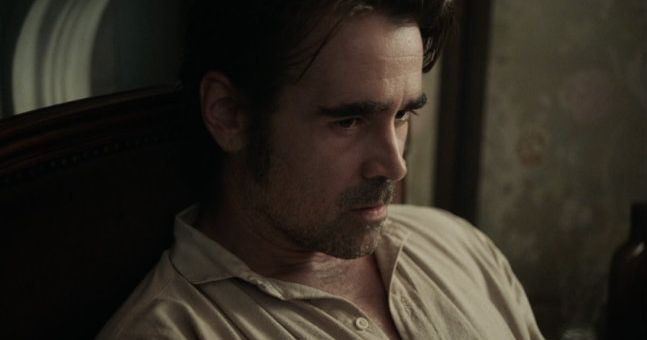 The spiritual cinematic steps before watching these films are as follows: Coppola and Dunst stirring piece on teenage repression and sexuality, The Virgin Suicides;  Kidman’s ferocious and unsettling mother in Stoker; and Elle Fanning’s bewitching youthful darkness in The Neon Demon. There are all components that toil and brew within the compelling The Beguiled and would make a fascinating big screen outing.

Though rare would this quadruple grouping be, certainly the release of The Beguiled is most intriguing this week. The raucous novel is supplemented for brooding themes and stellar acting; an insatiable outing for Coppola.

The Beguiled is out on DVD & Blu-Ray now!