This article was originally intended to be a full analysis of Blade Runner 2049, but I felt necessary to put my thoughts down on what the women of the film mean, and why they are the better characters.

Full spoilers for Bladerunner 2049 ahead

Joi, an embodied AI, speaks those words to K, a replicant. These are two characters in this film and that is a line of dialogue set within the universe. However, it resonates at a meta-level.

Bladerunner 2049 is a film that shouldn’t exist. It’s an anomaly of the studio-driven, money-based Hollywood system. It’s a sequel of a 35 year old film that bombed at the box office, a film that underwent the most convoluted releasing process in the history of cinema, a film which, still today, not many people know of, care about or understand. And somehow its forbidden child came to life.

It’s been months since the release of Bladerunner 2049. I saw it on October 5th, opening day. I say this not to sound obnoxious, but because I feel that this film is an event. In 20 years we will be asked when did we see 2049, where did we see it, and what was it like?

The experience (and it is an experience) of witnessing Dennis Villeneuve’s masterpiece roll before my eyes is something which is hard to put to words. It’s a monumentally reflective and contemplative film, one that dares to ask us where we are heading, this society designed by men, for men and controlled by men. Whilst the first Blade Runner (which I will refer to as 2019 from now on) was, among many things, about a group of characters facing what it means to be alive, 2049 is, to its core, characters looking for the means to create life, something that, both in human and in Replicants, only women can achieve.

2049 is populated with male characters, but the women are the ones who shine in this oppressive world. Rachel, Luv, and Joi have been revolving around my head, because their characters are intricate and make me question a lot of things.

The Rachel we see in 2049 isn’t the same of 2019. Or is she? Does she have the memories of Rachel? When she sees Deckard, in the most emotional scene of the film, what is she thinking? This isn’t the Rachel that asked “Do you like our owl?” so many years ago, and yet…I can’t help but think there is something in there. Or maybe it’s just the way Wallace programmed this Rachel to act in front of Deckard.

At first, I thought Luv was a simple goon to Wallace, an enforcer to the mastermind. But, upon rewatching the film multiple times, I discovered she is so much more than that. Luv goes above and beyond her programming. So much so that it’s strange to say she has a programming. That’s because she might just be the most human replicant we have seen in the Blade Runner universe (sorry Roy…). Her mission to find the child of Rachel and Deckard might have started as something she was ordered to do, but I think she is looking for something else. She is looking, herself, to be able to create life within her. She says it herself “I am the best”. But she isn’t, and that kills her inside. Jealousy drives Luv. 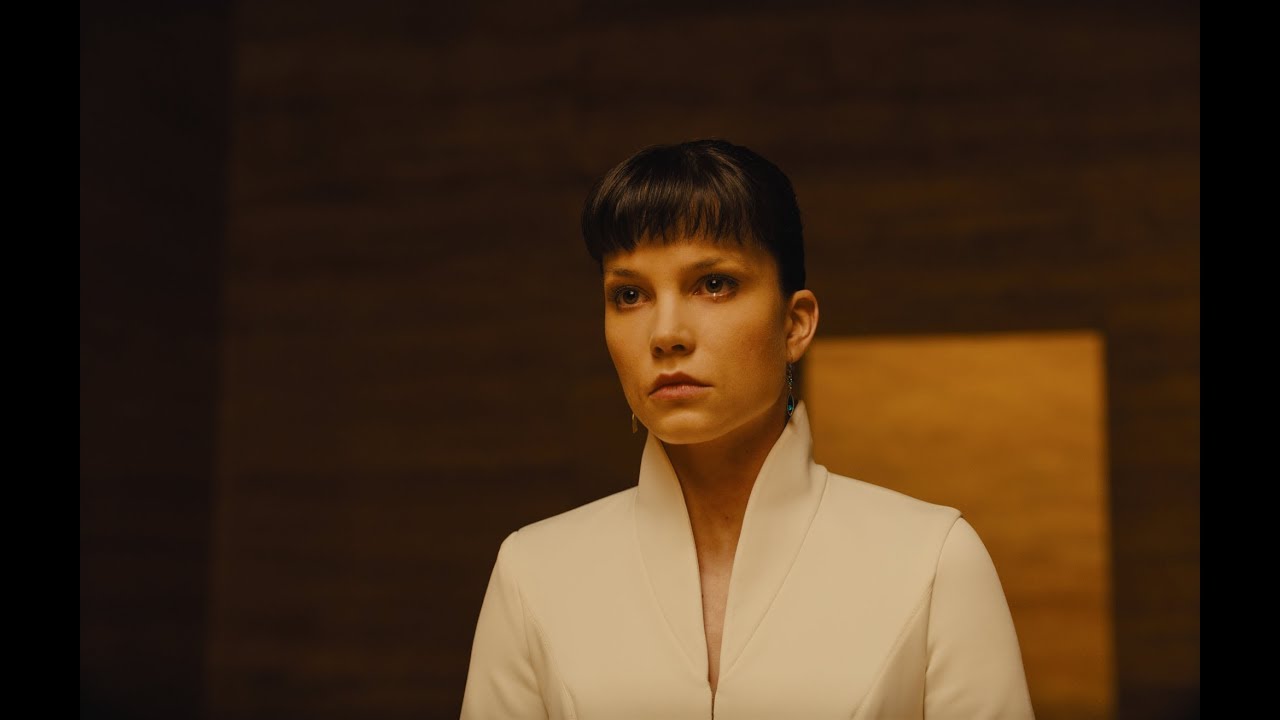 And then there’s Joi. This is my favourite character of 2049 because, in many many ways, she is the only real Human. Blade Runner has always been about wanting more life. But that word really means “time” to every one. Except Joi. Programmed to live forever, constantly closed in the coldness of cyberspace, she transcends herself by developing feelings, emotions, and the desire for more life. One life. One single life. Because that’s what makes her “a real girl”. Whilst everyone is looking for more time, Joi is looking for the best time, even if it means she might die. And that is what being human is: knowing that one day you will die, and making the best of your time regardless.

One thought on “The Women Of Blade Runner 2049”