There is no one here who would deny that if you were driving down the back roads of deep South America and you came across a couple of men in flannel, muttering incomprehensibly and looking kind of backwards, you’d be scared. That’s how we have been conditioned anyway. The sea is full of monsters, the mirror full of ghosts and the Deep South is full of deformed redneck killers. However, if without the influence of horror movies or indeed anyone with a brain, will realise that that isn’t the case and it’s just stereotype, playing on our fears of culture unknown.

Unfortunately, our group of students don’t have half a brain and just have a ridiculous amount of horror stories to fuel their fear. Tucker and Dale are the subject of some extreme prejudice.

Tucker & Dale vs Evil is exactly that. A group of college students go deep into the heart of the woods to camp and partying. They bump into a couple of workers, Tucker and Dale, who they deem creepy and run off in their car. However, at night, when the boys are fishing, lead girl Diana slips and bumps her head, falling into the river. As the two drag her out, saving her life, Diana’s friends misconstrue the help for attack and are determined to get Diana back. However, Tucker and Dale are just sweet mannered men who want to help Diana, especially as Dale has a crush on her. The problem is, no one believes them and as the students accidentally kill themselves, Tucker and Dale look more like serial killers by the minute.

This movie is one of those perfect balances of humour and horror. It takes every conventional bloody trope and twists them for glee. Instead, we are on the side of Tucker and Dale, who in every movie will be living on the out skirts of society murdering people as part of a sadistic family. Instead, they are our heroes; poor people who have had a serious case of bad judgement fallen on them. Each death is an accident and no one can see how crazy this all is apart from Tucker, Dale and Diana. It helps that Tucker and Dale are played by insanely charismatic actors Andy Tudyk (who everyone should know) and Tyler Labine, who manage to balance a sincere cluelessness yet kindness with their characters. The college students are the cardboard cut outs which doesn’t matter, they are there as headless chickens who manage to kill themselves by their blind stupidity. 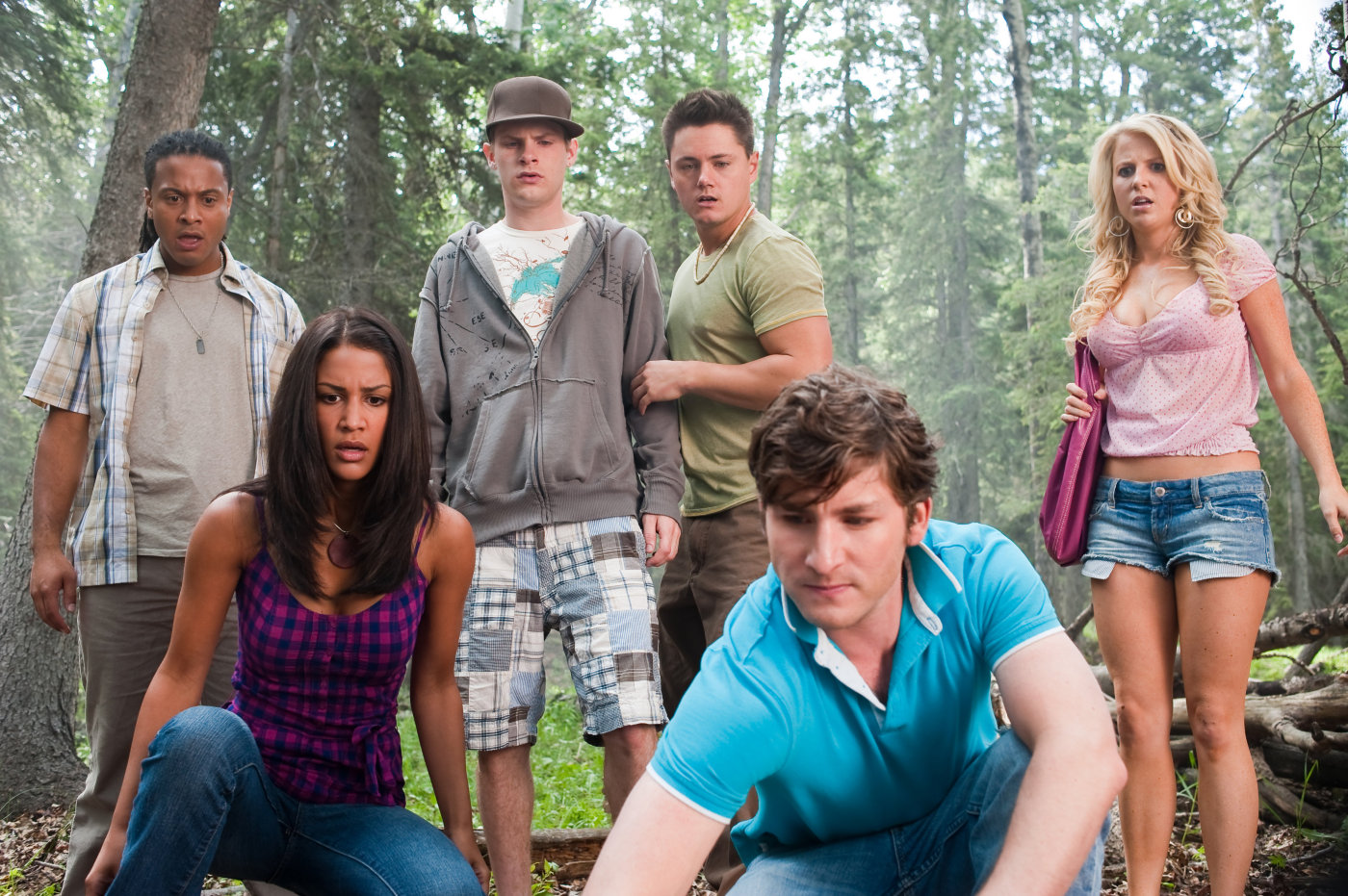 Tucker & Dale vs Evil isn’t exactly an amazing film and the story dwindles by the end of the movie, adding a stupidly annoying twist that negates the whole film that proceeded it. That being said, it is still a much better movie than most, feeling more like Shaun of the Dead than Texas Chain Saw Massacre. It will make you jump, there is bloody moments but it will make you laugh. It will also make you see things from the over side, turning the genre on its head.

Then shoving it into a wood chipper for good measure.

Tucker & Dale vs Evil is available on Netflix!

Bonus:
This Cosplay from London Film and Comic Con!