Beautiful, quiet and sad, A Woman’s Life is an award winning, French film based on the novel of the same name (En Vie in French) by Guy de Maupassant. The life referred to is the one lived by the upper class woman of the early 1800’s, a perilous one that looks quite luxurious from the outside, and yet is full of frustration, restriction and powerlessness.

It’s the story of Jeanne, who has just returned from her education in the safety and strictures of the convent to the country home of her parents. She dreams of nothing more than romance, and so is gently guided into the arms of the dashing man that her parents choose for her. While at first she has big dreams of a grand passion and thinks that she has found it, she soon finds that life is not at all what she expected. Her husband is an impatient man who complains at her spending any money and leaves her alone for long stretches of time. When she finds out that her maid and close friend is having his child, she watches helpless as her life slowly unravels. 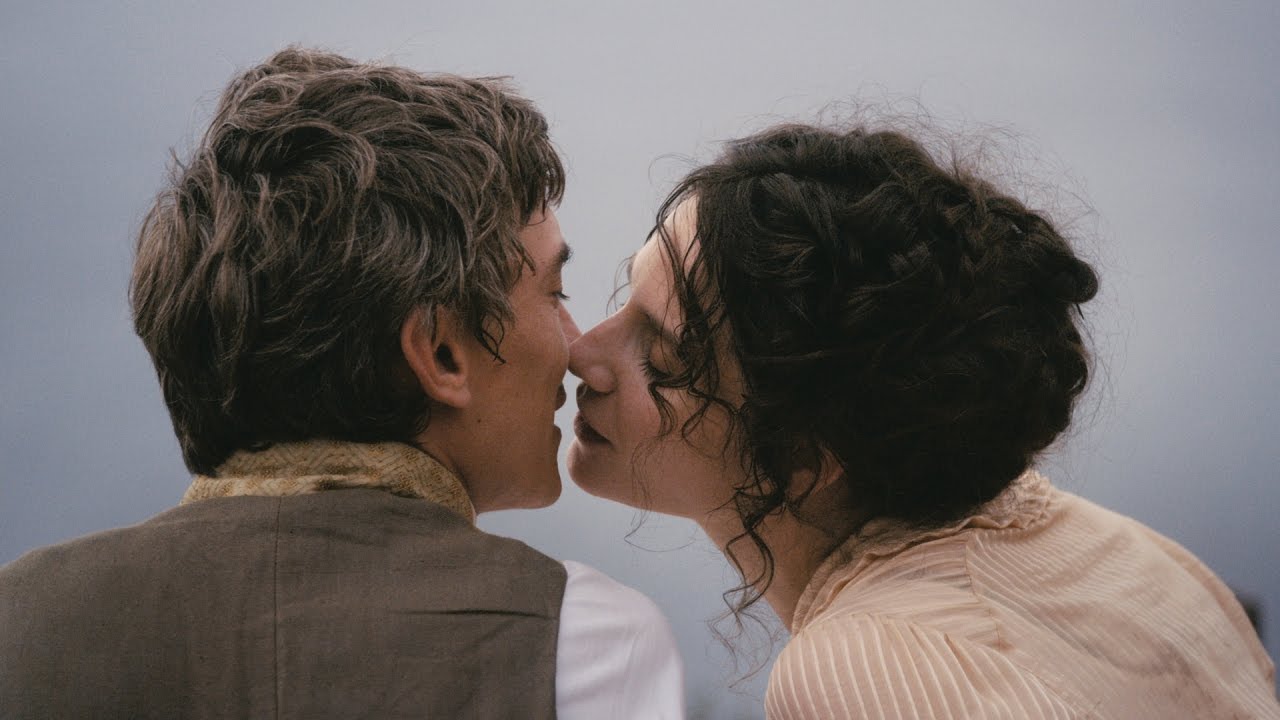 The film takes in her life from the cusp of womanhood through til almost it’s end, and is unusual in that it does not push any agency or drive on her that a woman of her time and place would not have had. She is literally powerless as the men around her make decisions while she is given very little in the way of choices. But even though she is a victim of other people in many ways, she does fight where she can in the ways that she is allowed, and it’s a brilliant film in the way it manages to make its protagonist sympathetic, sometimes annoying, but always compelling.

The film has some interesting aesthetic qualities that I really liked, too. It shifts so that often we hear conversations over other the visuals of other moments, like memories, flashback or flash forward moments. It allows us to see into the character of Jeanne and her dreamlike personality and life, a sense of how she thinks about what’s important to her. The film is often very close in it’s shots, echoing the claustrophobia of society at the time, in which strict codes of conduct and religion dictated people’s behaviour so thoroughly, especially women. When there is trouble in the home, the local priest calls and gets involved, making women forgive philandering husbands and making their moral choices for them.

The film takes place in the countryside, and there’s often a sense that Jeanne connects with the land and the outdoors, perhaps longing for the freedom she can never have. She gazes out windows, sticks a hand out into the rain, swims in the ocean, grows plants. But more than this, at the start of the film, there is so much light in her virginal world, streaming in through windows even when it rains. But as the film progresses, there’s more and more feet squelching in mud, dull skies, and a plain white face, swathed in black staring down an empty road in the bitter rain, waiting, hoping.

A Woman’s Life is a domestic film, and there’s a lot of play of the camera over hands, dresses, faces, chairs and windows. Life is slow, measured. Women read letters to themselves and covet them. Marriage is exciting but also a life or death choice. A maid can be your best and only friend. It’s small, everyday moments. Being the daughter of a Baron, Jeannes’ home is beautiful, her dresses are stunning, she has privilege and yet doesn’t really understand money at all. There’s beauty everywhere in this film, but Jeanne’s struggle with her husband, and later her son, are her permanent dark cloud. While she loves and given them everything, they have no real feeling for her, and are happy to take all she’s worth without a backward glance, sucking her dry.

Admittedly, in it’s dream like way, this film feels a little long, and as Jeanne becomes more entrenched in her position, she becomes slightly frustrating. This film is not your usual period drama fare with it’s focus on romance and gallant rescue from bad mistakes. This is a study of life at the time from an author who talked about what was, about real life for a woman in 1819 and what she could really expect, and a director who is fascinated with Jeanne, her time and her story. It’s very beautiful and draws you in, but it’s also sad and real. A moving story of a bird driven half-mad in a gilded cage.

A Woman’s Life is out now!

One thought on “A Woman’s Life – Review”