Everything I learnt about anime, I learnt from my little sister who is obsessed with the genre. Which means I fell into certain series. One of the best ones was the dramatic and brutal Tokyo Ghoul which, like any good product, is naturally getting a live action remake.

There have been scores of live-action movies like this and they’ve had varying successes. Tokyo Ghoul is now part of the batch, but can it rise to the ranks?

Directed by Kentarō Hagiwara, Tokyo Ghoul revolves around a world where Ghouls live amongst humans. Ghouls are supernatural beings who consume blood and flesh to live  whilst also possessing powers . Ken Kaneki is a hapless human who falls for the mysterious  Rize Kamishiro. On their first date, it turns out she is a Ghoul and wishes to eat him. Only, during her feast, an accident occurs and Kaneki survives thanks to an organ transplant. When he wakes up, he starts to suffer ghoul-like symptoms and has to assimilate to a strange new world.

For someone who has watched the television anime series (thanks to a little sister obsessed with anime and my enduring love for her,) Tokyo Ghoul live action remake is fair. For those who aren’t entirely aware of the background, the film does a good job as explain and not in a patronising way. There is some genuine emotion and Masataka Kubota’s version of Kaneki is awesome. There may be those  who are put off by the heroes constant crying and whining but if there is one thing we love here, it’s torn heroes. Someone battling a monstrous element growing inside them, of course that’s going to cause some raw emotions and Kubota does it incredibly that you want to follow his struggle.

It’s not just Kanaki that suffers from this plight and the big conflict is Humanity vs Ghouls. They’ve done a good job of excavating an interesting story from the series that had many villains and different threads. Here, Kanaki and his new Ghoul friends are hunted by police officers or the CCG Squad. The problem is that Ghouls have to eat humans to survive, no other food works, so their predatory behaviour impacts humans. Do they still have a right to live or should we wipe them out? This struggle is well handled with emotive sequences splashes with gruesome bloodshed. 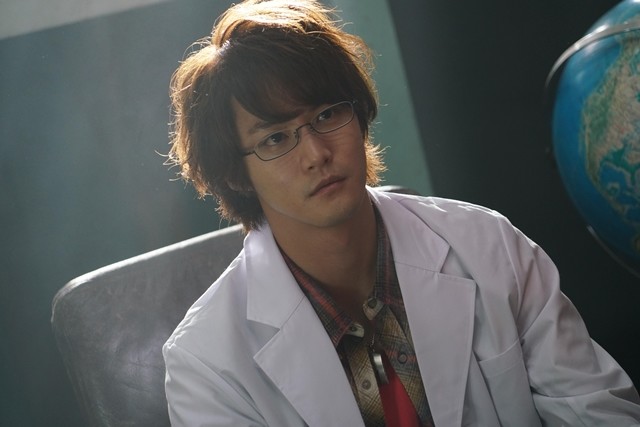 Fans of the Manga and Anime series will certainly enjoy the movie (but will probably be disappointed that they didn’t use the title song of the first series, Unravel, which is actually a bloody brilliant theme song.) The special effects are a bit naff but the action sequences are good fun. It’s an interesting start of a film series if they wish to continue it  as there are so many stories to go into. But this is a happy standalone garb.