When Kingsman: The Secret Service came out back in 2015, it turned out to be among the year’s best films; the comic book adaptation offered an exhilarating and hilarious lampoon on the spy genre, whilst also managing to be a great spy film itself, even surpassing that year’s Bond instalment Spectre.  Naturally, anticipating was high for the sequel. With Matthew Vaughn and Jane Goldman behind it, we expected a sequel that was at least as good as the original….Unfortunately, that was not the case.

Kingsman: The Golden Circle was a serious misfire that failed to capture the charm of it’s predecessor, and instead felt like a soulless follow up that just insists on admittedly brilliant action sequences with little else going on. I could be okay with The Golden Circle being a dumb action movie if the first one was a dumb action movie, but it really wasn’t. With the film now hitting home media, I’m proposing five ways that this film could have been improved. Not that these suggestions would 100% perfect this mess, but they would at least be a step in the right direction.

Warning: Spoilers from here on out

1. Cut out that ridiculous condom scene 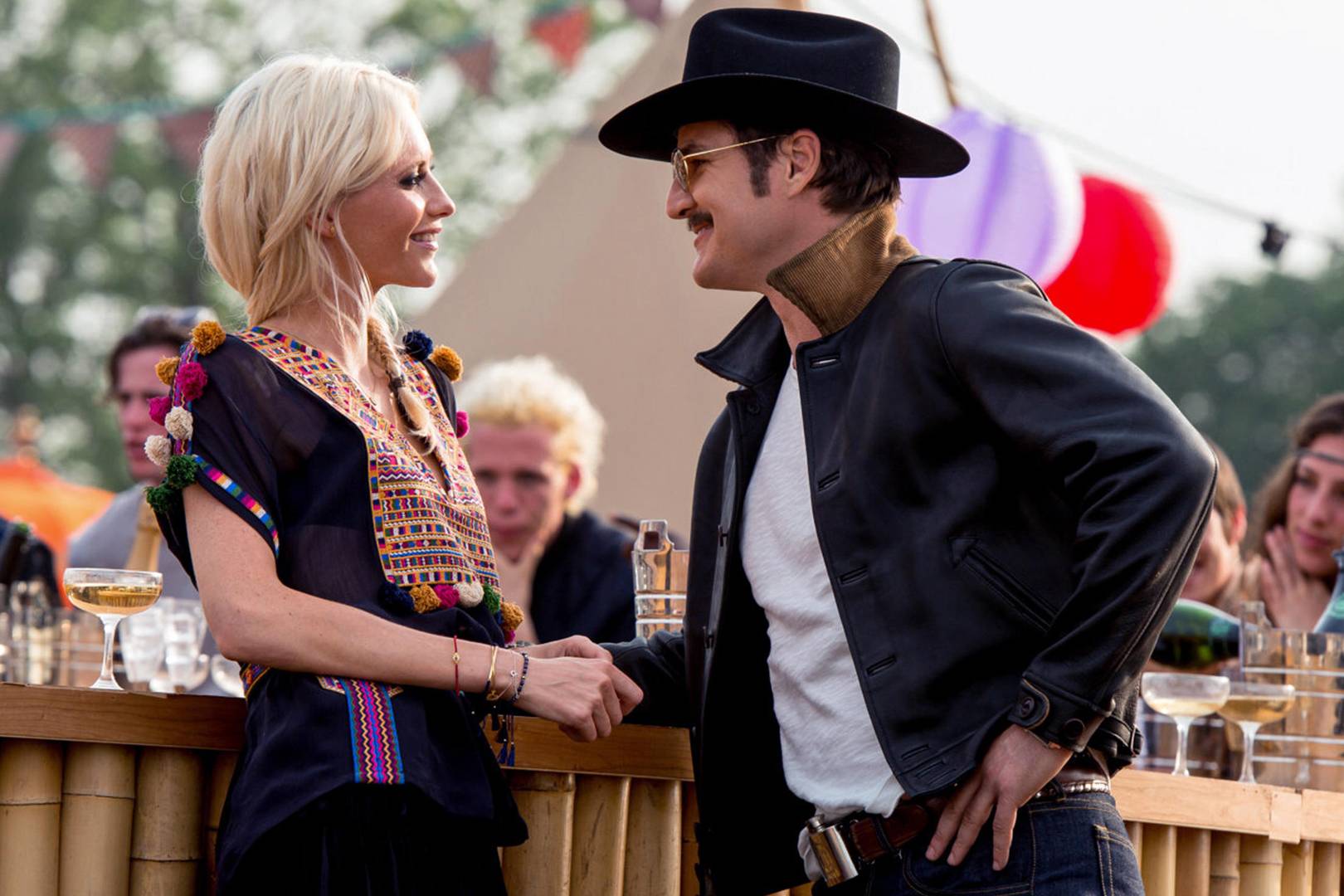 The weakest part of the first film is easily it’s crass humour; it’s not too prevalent, but the film closes on a particular joke in which Princess Tilde offers Eggsy anal sex in exchange for saving the world, and it really doesn’t amount to much laughs. Now, once again, this sequel doesn’t rely too heavily on rude jokes but there’s one scene in this film that does not sit right at all, and is so alarmingly distasteful for the talent involved. When Eggsy and Whiskey need to plant a tracker in the girlfriend of villain Charlie, Whiskey reveals that the tracker has to be planted in her…um…private place.

….Why? This is a spy film, with all sorts of crazy technology, including the ability to literally bring people back from the dead. I could understand maybe wanting to be different to other spy films in the way the first one was, but did it really have to be in this way? The scene then follows an extreme close up of Eggsy’s hand as he runs down her belly into her underwear where he inserts it, and it’s unbearable. It doesn’t even make for a good laugh, let alone a scene that can be taken seriously or has any reasonable place in a film like this. Just have him stick it literally anywhere else…There are much funnier holes in the body which can lead to much more awkward scenarios. Even if they insist on having it done in this way – The scene does offer a conflict for Eggsy as he has to perform this sexual act while dating Princess Tilde, though that itself is something that could be done away with – It didn’t have to be shot the way it was, in such an uncomfortable, unfunny fashion.

2. Give Eggsy a different loved one

So as revealed early on in the film, Eggsy is now dating the Swedish princess he saved at the end of the first film, and it’s one of the most bizarre things about the film. While it does genuinely lend to the drama, her inclusion as a major player feels like a poor attempt to save the joke from being the crass closer that it was. It’s truly hard to take seriously at any point, which is why they’d have been better off introducing a new character altogether to play the role of his girlfriend. That way, the set up can essentially stay the same, with things like meeting the parents and having to cheat etc. contribute to the character’s personal conflict, but with the added benefit of a partner who’s unaware of his real job, which you can say it’s cliche’d but given that this is a film that embraces and parodies the overused tropes of it’s genre, it would hardly stand out.

3. Please spare us from Elton John

It was no secret that music legend Elton John would be making a cameo appearance in this film, and there would have been nothing wrong with that; cameos can be a film’s funniest moment if executed well, but the problem with Elton is that he goes far beyond being just a cameo, and is almost a supporting character. Elton has been kidnapped by villain Poppy and is forced to put on personal shows for her, before being used to show off the effects of her latest drug. That could have been it, and it would have been absolutely fine…But no. He just has to keep coming back, and most annoyingly becomes a part of the action towards the end. The climactic assault on Poppy’s 50s themed lair is absolutely brilliant, but is nearly ruined by Elton joining in on the fight in the most sickeningly on the nose way. I get that it’s supposed to be silly, but this is a genuinely exhilarating sequence that has to stop for this goofy presence to have the most ridiculous moments. Keep the cameo to a cameo, and stop drawing from the same well.

Now, this next one is by far the most important one… Colin Firth was an undeniably essential and brilliant part of the first film; acting a wise and dedicated mentor to Eggsy, he was instantly lovable and became the most interesting character, which made his sudden death at the hands of Richie Valentine all the more shocking and heartbreaking. But it was a perfect death, one that motivated the rest of the story and was a perfect example of breaking the rules of the spy genre. As Valentine himself even says “This ain’t that kind of movie”. So for them to just bring him back immediately in the next film completely undercuts this perfect moment in the first and almost retroactively ruins it to be completely honest. True, his arc in the film does have some genuine emotion to it, but still feels just entirely unnecessary. He plays a solid part as Eggsy’s partner, but there were two other characters in this film that easily could have taken place. Unfortunately, they are literally blown up and frozen out of the film.

It was absolutely criminal to not use Eggsy’s fellow agent Roxie or new American companion Tequila, played by Channing Tatum, in this position and just go back to Firth, as it marks a huge insistence to move forward with the franchise and let someone else take the spotlight. It’s actually insulting to have Tatum’s character in this film for such little time and then immediately be done with him when there was plenty of potential for a humorous pair up with our British hero, and it was clear that he was capable of the death defying action feats required by the film. Alternatively, if they were still aiming for someone that he’s close to, Eggsy and Roxie are good friends, and their partnership could have brought real heart to the centre of the film and finally given some much needed screen time to this completely underdeveloped character. It just seems creatively bankrupt to insist on bringing back someone who was literally shot in the head to make a stern point about the kind of film it was making, as opposed to bringing the heat with an exciting new presence.

However, I get the impression that Firth was always going to be a major part of this sequel. As such, I felt it only appropriate to include one suggestion that accommodates his return to the franchise:

5. Have Harry be wrong about Whiskey

Harry’s arc in The Golden Circle focuses largely on his struggle to return to the business after having his memory jogged, which he lost following his death. At the very least, it’s an interesting route to take the character, but totally unfulfilling. We get scenes of him not being able to fight the way he used to, being less observant, seeing butterflies etc. but if there was any moment in this film that made me think that it could have been saved, it was the unexpected moment that Harry shoots Statesman colleague Whiskey in the head, believing him to be part of the enemy organisation. Now just imagine this: Harry in his overconfidence shoots Whiskey, but is actually completely wrong about him. He was a good guy, and Harry has proven once and for all that he’s just not cut out for this role anymore. It’s a serious mistake, that shakes his confidence until it has to be restored by Eggsy who admits that he needs him for their attack and he trains a little before entering the battlefield. They tear stuff up, then Whiskey is revived and wants revenge. He’s been putting up with these Brits, and hasn’t trusted Harry for the whole film. This mistake drives him to drop the mission and take him out, which can then lead to the actual final fight that takes place with him. Sounds great, right?

Well, that’s not what happens. The apparently struggling to adjust Harry is completely right about Whiskey, who reveals himself to be a villain at the end of the film, and it’s so unexciting. Imagine actually having a flawed hero mess up badly and face the consequences for it. That would have been engaging, it would have been interesting and in a film series that subverts expectation, it would have really meant something. Instead, it completely undermines Harry’s arc, and even further negates his need to be in this film.

I’m not saying The Golden Circle is a completely abysmal film; the action is fun and Merlin’s death really hits a nerve, but ultimately, the final product feels like a shallow and undeserving follow up to a great original.

What do you think of our improvements? Would you change it at all? Let us know in the comments.
Kingsman: The Golden Circle is available on DVD and Blu-Ray now.