I have written in the past about being queer and loving queer theatre and cinema. I have watched and own all the Eating Out series, which is awful but had me at the line Fag! You’re it. I love the campy over the top nature of a lot of LGBTQ+ productions, I think in part as I am British and it is genetically impossible for me not to respond to the pantomime of it all. However, as much as I may love that aspect of queer culture, it is not how I am in my life and I want to see films representing LGBTQ+ people of all gender identities and sexual identities and ethnicities and economic backgrounds etc. If only to prove that we didn’t all fall out of the same glitter encrusted cookie cutter.

Disobedience is one of those films.

The film follows Ronit Krushka (played stunningly by Rachel Weisz), a shunned Orthodox Jew, who is living in New York, working as a photographer and living a life that she would be unable to live under the tenets of her former religion. She receives a call to say that her estranged father, a Rabi in the synagogue in London has died. Returning to London for the memorial observances required from their faith, she is reunited with Esti Kuperman, played by Rachel McAdams and Dovid Kuperman, Alsseandro Nivolo, her childhood friends who she abandoned when she left the community. While clearly all very close when they were younger, there is now tension between them due in part to Ronit’s leaving but also due to the complexities of their relationship. Esti and Dovid are now married however Ronit and Esti were intimate when they were younger and that tension is still palpable between them.

The movie focuses on the two women rediscovering their love for each other and what that means for both of them in their larger worlds. It also looks at the idea of estrangement and exile from your community and how returning to it can show you both the good that you have lost but the freedom you have gained. There are references to living a good life and the different ways that that can be interpreted. But it is the love of these three people that is the emotional heart of this and how love can both be something that helps build people up but can also be used to control and break people. 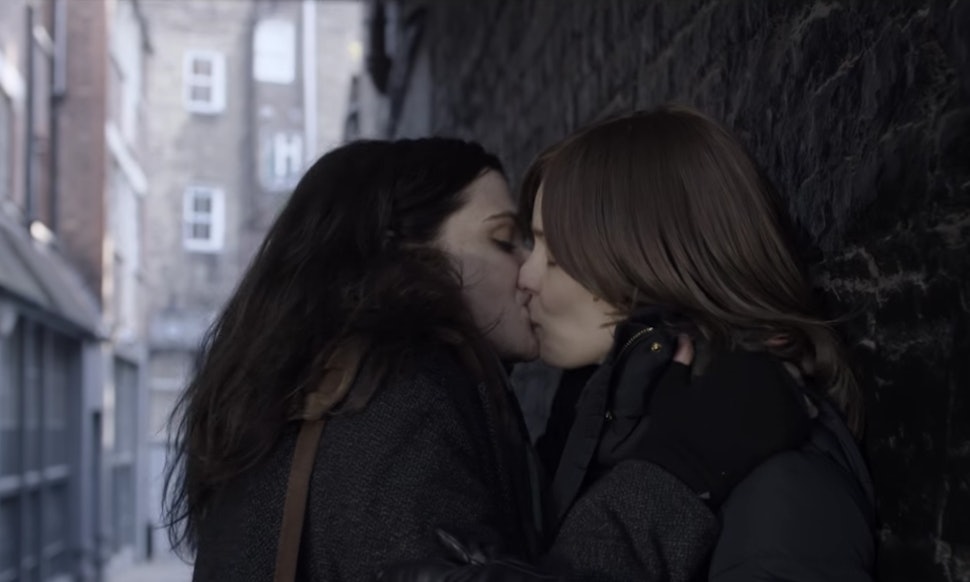 All three actors turn in powerful and nuanced performances which stop the film from falling into melodrama. The chemistry between Rachel Weisz and Rachel McAdams is palpable and watching McAdams’s Esti trying to balance between being honest to who she is and who she needs to be in her community is beautiful and heart breaking. Nivolo’s Dovid has the stoicism that is to be expected from someone who has been trained his entire life to be the pillar of the community, but also has the underlying vulnerability needed to stop him from becoming unlikable and unsympathetic. The sound design for the film is stunning with music used incredibly sparingly with the focus being on the prayers and the sound of the actor’s breath adding to the emotion and the tension being portrayed on screen. There is also great use of close up, perspective and focus with shots having an organic film to them which sits with the nature of the story.

The one misstep I felt in the entire film was the colour of the font for the opening and closing credits and the music played over the closing credits. Which is nitpicking but they felt jarring in what was otherwise a very tight and elegant production.

It is a film about the choices we make, the choices that are made for us and allowing others to make their own choices. It is about what we think we have to ask to be given when in reality, we give it to ourselves. It is about love and friendship and the impossible layers of complexity and joy and pain that these emotions bring to our lives. And it is about being honest, with the world around you and yourself.

Disobedience is out on DVD & Blu-Ray now!