Michael B. Jordan is one of our greatest talents. And I am not being hyperbolic. The young performer has acting charisma coming out of the wazoo. There is not one performance of his that is bad – even in naff films. I mean, we can all sit there and sniff, grumbling about the Fantastic Four outing but you cannot deny his rambunctious and spirited Johnny Storm (aka The Human Torch) was one of the high points of the film.

The 31 year old star is on a great path; his work is praised by many and he tackles each of his roles with gusto. Now, happily, he has a villainous role in the brilliant Black Panther film and he is, by far, one of the Marvel Cinematic Universe’s greatest antagonists.

To celebrate today’s release of Black Panther, we’re looking at the best of Michael B. Jordan.

Despite this being one of the actors first roles, and at a young age too, his performance is still revered. Perhaps one of the sadder stories on the first season of the show,  audience and cast favourite Wallace was a teenager coerced into the world of drug-running  and gangs. It was a great role with Jordan that was ultimately cut short. His work was impressive, a character who wished to get out but fell into old habits. Charismatic with lots of potential, Jordan’s teeth-cutting  character proved he had meat for his upcoming career.

Josh Trank’s innovative superhero drama is an indie classic and a perfect re-envisioning of the two genres. The film revolves around a group of high-school kids who find a strange entity in a forest one day and discover the next that they have special abilities including telekinesis, flight, and more. It is all exuberant and adolescent until one of them goes slightly mad with the power. Jordan’s high-spirited antics caused many to shuffle their bums, sitting up to pay attention to him. Though only a supporting role, his work here is an exhilarating one – capturing that excitable youth attitude, enough to make his casting of Johnny Storm in Fantastic Four, legitimately exciting  (again, Fantastic Four wasn’t a good film, but Michael B. Jordan was tippity top.) 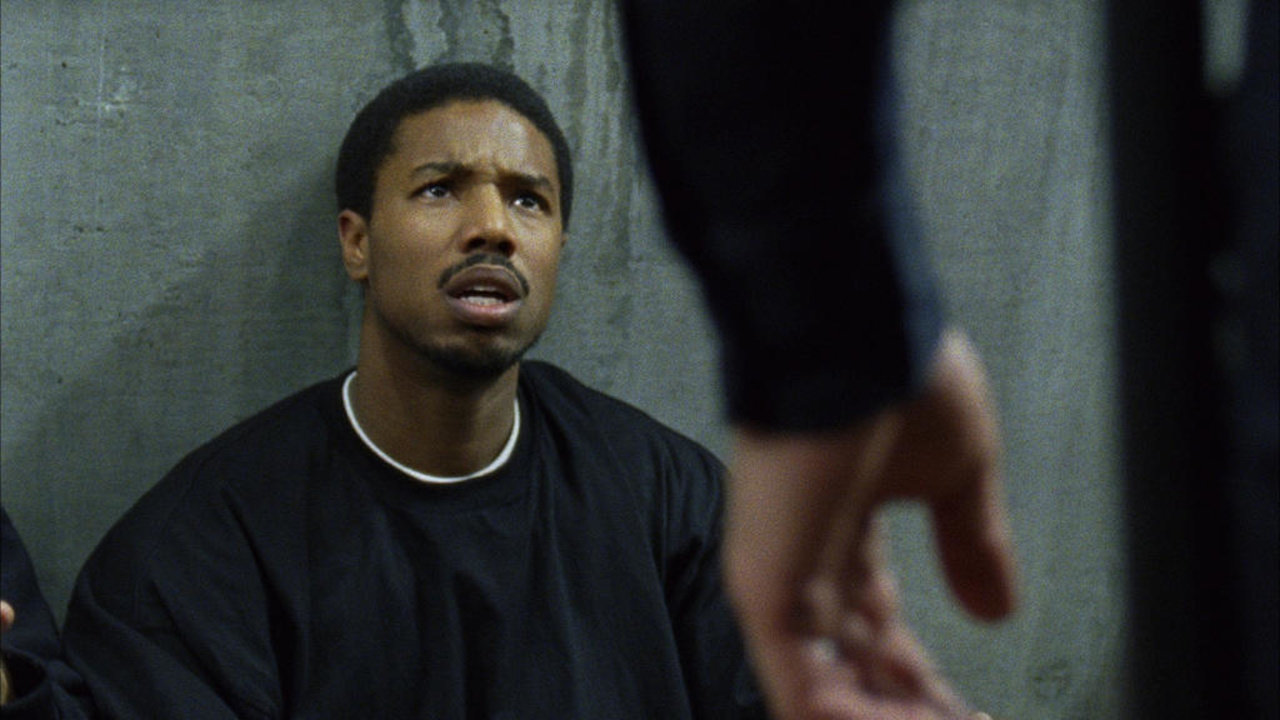 Perhaps Jordan’s greatest performance and most certainly his breakout one,  denoting the first time he and Black Panther director Ryan Coogler worked together, Fruitvale Station is an intimate and harrowing drama. Jordan stars as Oscar Grant, the victim of a heinous police-shooting  in 2009 by a BART police officer. Coogler’s debut feature film, Fruitvale Station follows Grant’s last day as he tries to reconcile his past mistakes and look towards a better future for his family until the awful fatal incident. Jordan is phenomenal here as Grant, bringing to the big screen a man who is simply trying to put his best foot forward and the injustices of his murder. It is an amazing and delicate performance.

The biggest problem with Creed is how Jordan was bereft of nominations for his performance, considering how momentous the film was . The second collaboration with Coogler, Jordan takes on yet another lead role as Adonis Creed, the illegitimate son of the late Apollo who wishes to be a boxer just like him. Finding solace and a mentor in the legendary Rocky Balboa, Adonis rises from turbulent young man  into a great sportsman. Creed is a passionate film that is more about human strength than the fighting and looks at relationships more so than the boxing. With this focus, Jordan excels as the lead character, from the initial steps  to the ferocious finale. It’s a fantastic performance as Jordan spars off with Sylvester Stallone and has great energy with Tessa Thompson.

There are many and countless reasons to go and watch Black Panther today: The visuals, the director, the characters, the cast, the soundtrack, the action – all the elements that make a impeccable film. But if you want one specific reason to see the latest Marvel action movie, it’s Michael B.Jordan’s Eric Killmonger. As the main antagonist, he attempts to infiltrate the secretive and technologically advanced Wakanda in order to better the plight of minorities across the world. Though brutal in this execution, Killmonger’s message is vital and important. Jordan layers this brilliantly, making Killmonger an emotional, intellectual, and highly compelling villain who is imposing throughout the film. It’s an  impressive performance that solidifies him in Marvel history.

Black Panther is out now!