Michael Fassbender is one of our greatest actors who always performs to his best ability but sometimes gets really shoddy projects to work on. The Counsellor, Prometheus, and Song to Song are all examples of crappy movies that rarely showcase Fassbender at his acting peak.

Sadly, The Snowman is another film to add to this list… 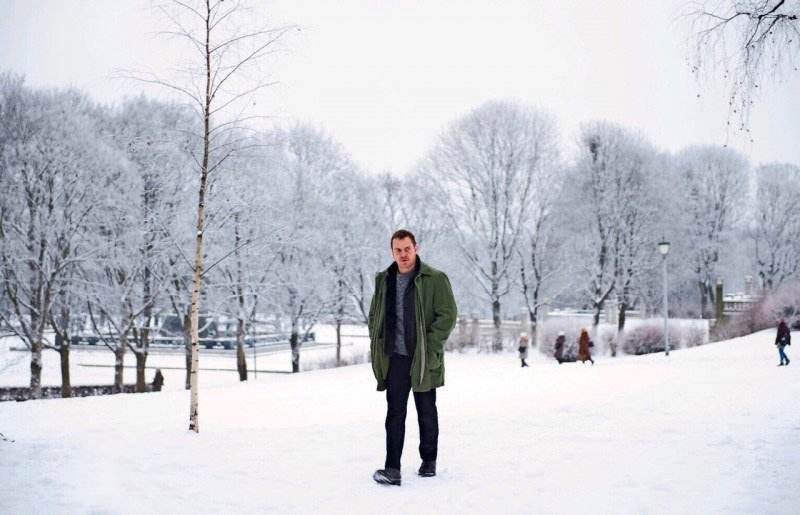 Harry Hole is a detective on the edge. Despite years of acclaim, he is still alone: Drinking to forget the inner-workings of his mind, he has somewhat alienated himself from happiness and loved ones. Returning to work after a week’s disappearance, Hole is contacted by a serial killer who builds sinister snowmen at the places of his crimes.  With women either turning up murdered or going missing, Hole enlists help from Rekel who believes the murders date back to an unsolvable crime, possibly linked to a high powered individual. As the killer taunts the pair, can Hole and Rekel uncover the truth?

All the ingredients to The Snowman are there. It stars Rebecca Ferguson, Michael Fassbender, and J.K. Simmons, it’s directed by Tinker Tailor Soldier Spy‘s Tomas Alfredson, and it is based on a book by Jo Nesbo. It should have worked but, sadly, it doesn’t. This is a prime example of adapting from a prominent and lengthy book badly. There are so many elements to Nesbo’s work that aren’t translated well on screen. The plot becomes convoluted, shifting between different points that make no cohesive sense. Shifting through the past and the present, there is little in the way of tangible elements stringing them together. It loses any tension, there is zero interest in the mystery, and you’re left bewildered by the whole product.

There’s also a lot of production mistakes that are off-putting. The editing is jarring and the sound dips regularly. There are also moments where the dialogue is mismatched and mis-dubbed with what’s happening onscreen.   Especially when it comes to Val Kilmer. Look, I’m not going to divulge too much into the disappoint of Val Kilmer within this film because I genuinely feel that it would merely be kicking a horse while he is down. That being said, one of the most perplexing parts of The Snowman is Val Kilmer. He plays detective Gert Rafto from the 1970s who was on the first ever ‘Snowman’ murder. The actor strains through gritted teeth that barely open to gurn out words that aren’t even matched with his minimal lip movements. It’s a shaky and undeniably odd character that crops up randomly in this mess of a film.

Other than that, I guess the acting is good. Fassbender has never given a bad performance yet and Ferguson keeps gaining more momentum, but it all seems wasted here. Alfredson has misguided his film here which is a shame because his previous work was so brilliant, and so wonderful. I was expecting an engaging serial killer mystery and was left out in the bitterly cold. More slippery than chilling, The Snowman melts quickly on the big screen.

The Snowman is out on DVD & Blu-Ray now!