Predictable Francis McDormand and Gary Oldman won their Best Acting awards for Three Billboards and Darkest Hour respectively. McDormand provided one of the best speeches of the night by calling on studios and producers to start backing female led projects. Other great speeches were by Allison Janney and Sam Rockwell who won awards for Best Support Actress and Actor.

Jordan Peele’s Get Out won the award for Best Original Screenplay and, if you ever want to see how momentous that is, watch his face as he comes off the stage. James Ivory scooped up Best Adapted Screenplay for Call Me By Your Name so there was a right mix of movies that came away with an award.

It’s a long overdue award for Roger A. Deakins who came away, at least, with the coveted Best Cinematography award for his sublime work in Blade Runner.  Coco won Best Animation, Kobe Bryant (no, really) and Glen Keane won Best Short Animation for Dear Basketball, and Rachel Shenton (from Hollyoaks fame) scooped up an award for Best Live Action Short for The Silent Child.)

Dunkirk was second in the most awards of the evening with wins in Best Editing, Best Sound Mixing, and Best Sound Design. Mark Bridges scooped up Best Costume Design for Phantom Thread and also won a jet-ski for having the shortest speech. No. Really. 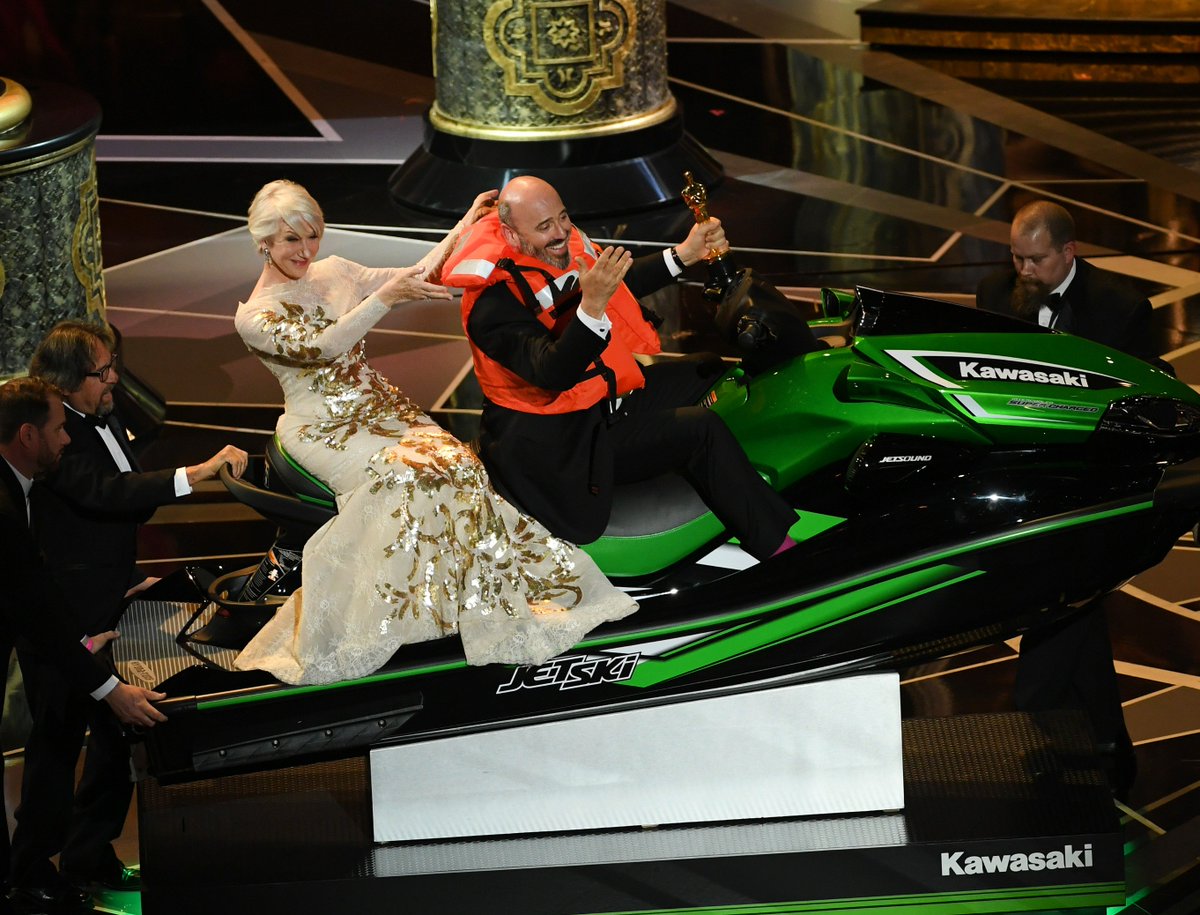 OH – and Maya Rudolph and Tiffany Haddish come back to host. OK? Cool. Thanks!

Best Picture
The Shape of Water

Best Adapted Screenplay
James Ivory, Call Me By Your Name

Production Design:
The Shape Of Water