I have fat fingers. I mean metaphorically, more so than literally (but, you know, if you were think literally, you are right about that too.) What I mean is that I am graceless. A bull in a china shop whose fingertips do more damage than good (except where it matters, if you know what I mean.) The frustrating thing is that I am terrible at delicate things like artistry and crafts. It’s not that my imagination isn’t there or my passion, it just whatever I can conceive crumbles in my clumsiness, flaking away into pastry dust or inept looking meals.

I avoid shows like Great British Bake Off or Masterchef because I am just so envious about the designs that are exquisitely put on display. So when a show dedicated to shambolic baking landed on Netflix, I leapt at the opportunity to consume it and, man, I was not disappointed.

With only six half an hour episodes, Nailed It! is a brand new cooking show in which ridiculously amateur bakers put their less than average skills to the test, trying to replicate complex recipes. Hosted by Nicole Byer, there are two rounds per episode with a smaller challenge and then a much larger one. There are guest judges and chocolatier Jacques Torres as a main staple as the winner secures themselves $10,000. 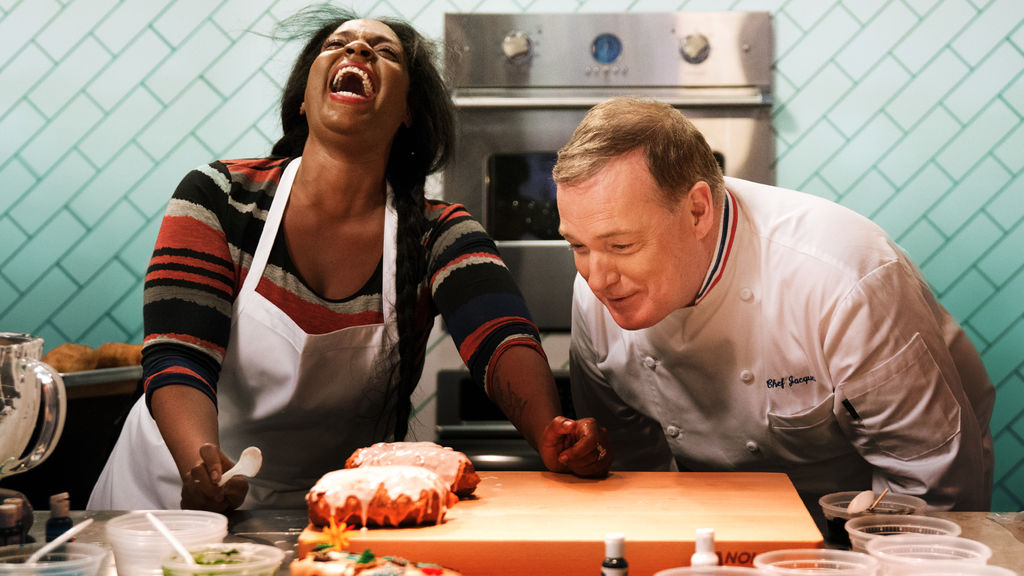 Though this may seem like a competitive show in which we’re all sat there to poke fun at the contestants,  there’s actually a great amount of heart. The bakers here aren’t delusional like those poor wailers who believe there are the next Mariah Carey (awkward,) on singing contests –  they are genuine people who know that they cannot bake but that doesn’t stop them either. Similar to films such as The Room or Florence Foster Jenkins, the television show revolves around the scrappy nature of the human spirit that finds a passion and, despite being ridiculously good at it, continues because it gives them joy and brings them closer to their loved ones. This energy leads to some comical moments and as the challenges escalate, as does your interest.

The set up changes every so often, particularly in the second round, where the person running last gets an extra advantage. This could be Nicole Nags where Byer gets up and hassles the other contestants, or they have to freeze for three minutes so another can get ahead of the game. It’s slight innovative ideas that pulls Nailed It! into a more interesting territory than “woops, you failed.”

Although, that being said, the truly terrible cakes will make you titter,  and, at times, terrify you (see: Episode’s 6 Donald Trump cake challenge.) There are brilliantly bad and will make you feel at home if you’ve ever felt  bad about your skills.

Nicola Byer is an admirable and gifted host because she has an innate ability to deliver fun. Her comedy is infectious from conversations with the judges to tasting the cakes (and, of course, her highly irritating nags.) Byer is brilliant – feeling fresh and unforced, leading to this natural hilarity with contestants and audiences alike.

Much like a sweet cake, if you do binge, you’ll find the formula become sickly around the fourth episode mark and may wanna take a break with something a bit savoury (or stop eating altogether, go out for walk or something.) This is only six episodes and you gotta a whole weekend to gobble it down. The place where self-deprecating humour, colourful ridiculousness, and funny mishaps meet, that’s where Nailed It! flourishes.

And Nicole Byer is the sweet icing on the cake.

Nailed It! is available on Netflix!