Let’s address several elephants in the room when it comes to this release: It stars Mel Gibson and Mark Wahlberg. The pair have had a history of either racial or spousal abuse, have opened their mouths to spout all kinds of rubbish, and they cause a certain amount of fuss when they appear in anything.  To be fair to the latter he has also spent a lot of his most recent career apologising for his acts as a rampant dickhead teenager/young adult (and inexplicably, Boogie Nights.) But Gibson is still met with vehement grunting and should be; in an industry rapidly unearthing terrible secrets, the presence of the actor reminds us that no matter how bad you are, you are going to have a career after it. Doesn’t seem rightly fair.

So with that said, let’s criticise the film itself, shall we? 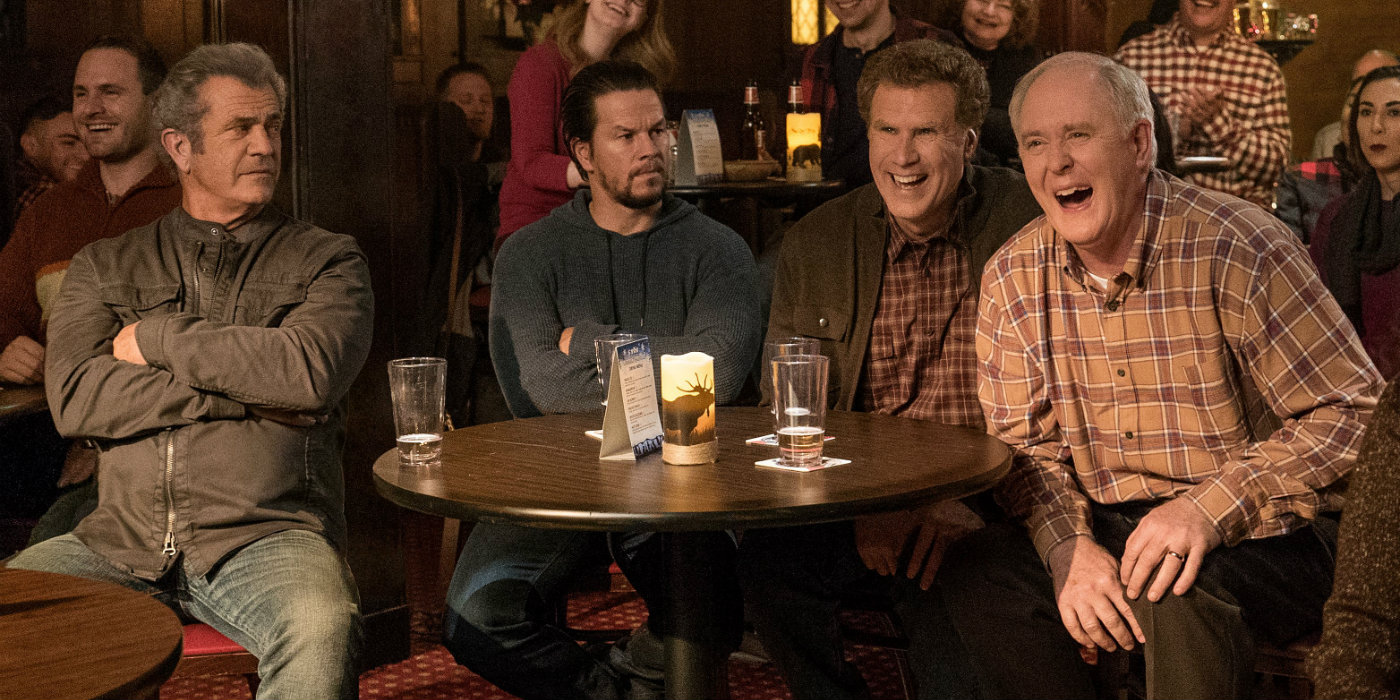 Now, back in 2015, Daddy’s Home was a surprise hit. Between slapstick, visual jokes, and outrageous dialogue, the film had genuine moments and somewhat didn’t suck (it helps to get liquored up before watching the film.) Now with some moderate success, the movie “franchise” decides to shift it’s focus to the yuletide holidays and tackle a sequel in which Dusty and Brad’s fathers turn up and cause riotous scenes. Why? Because one pair is all sensitive and sappy whilst the others wear leather and our MANLY! See? HILARIOUS!

Alongside Bad Moms 2, Daddy’s Home 2 is an unnecessary sequel to an average movie that is trying to charm with it’s festive aurora  but, sadly, all the jokes fall flat. The Christmas outing is not helped by the heaps of dazzling greenery and gleeful tunes because the jokes are stale with moments barely registering on titters.

That being said, there is absolutely one moment that will make you wet yourself. I’m not going to give anything away but it stars  one of the biggest action movie actors in a glorious self-parody that kinda makes the rest of the boredom throughout the film worth it (or you can wait until someone uploads it on the internet and you can save yourself the trouble of actually watching.)

The film’s saving grace, by a fraction, is Will Farrell. Love him or hate him, there is no denying his utmost gumption to leap into any comedic role he is given. Boundless, as Brad, he is a tender but brilliantly over the top character. Charming whilst sappy. John Lithgow is alright as his equally big-hearted father and Wahlberg is Mark Wahlberg. It’s sub-par, however, and despite the performances the film stagnates from a dull chuckle into a stony straight face.

Daddy’s Home 2 isn’t going to give you great belly laughs or fill you with festive cheer. It’s good for that kind of brainless movie throughout this festival and Oscar-winning season. But then again, it may just be worth it to see an absolutely blinding cameo with the movie inside the movie.

Daddy’s Home 2 is out in cinemas now.