I don’t mean to open this up being overtly critical but I think we need to talk about film festivals for a second. When a movie appears at a film festival, it automatically gets itself a certain prestigious reputation and many assume these are at the forefront of cinema. Especially if they are independent filmmakers, a promise of what’s to come.

However, as many regular film goer would know, this is a lie – there is a lot of drudgery to get through. While I don’t want to be pointing a specific finger, but The Solace of Orpheus is one of those very hard-slogs.

Directed by Niall Donegan and Elliot Vick, The Solace of Orpheus revolves around a couple who travel to the Mourne Mountains in Ireland. However, their trip is filled with many different obstacles as they begin to heal their relationship. Can they survive?

The biggest issue I have with independent films such as The Solace of Orpheus is dialogue; how it is written and how it is delivered (and, also, if we are here, how it is recorded.) I am not saying it is the worse dialogue I’ve heard in my life but there were certainly parts where I wanted to tear off my cardigan and stuff it tightly into my ears. This is a massive issue because this is a film about relationships and the strain that can often occur. That means that 90% of the screen time is pure dialogue which is insufferable when it is forced out. There are the most awful pauses, some wickedly wooden deliveries, and absolute nonsense coming out of the characters lips. It’s contentious as to whether this stilted element of the movie is because the performers aren’t very good or the script-writer has absolutely no idea how to write people. What I am sure about is that everyone involved with this movie have probably never heard another human speak for an almighty long time before being thrust awkwardly onto the screen and asked to interact with one another.

I don’t mean to harp on about this but this is a particular issue that comes with romantic dramas. People talk in metaphors and interpretations that come across has glib and, yes, pretentious. It doesn’t feel realistic, just someone trying to be clever, and that stretches thinly across the films plot becoming irritating  in the process. 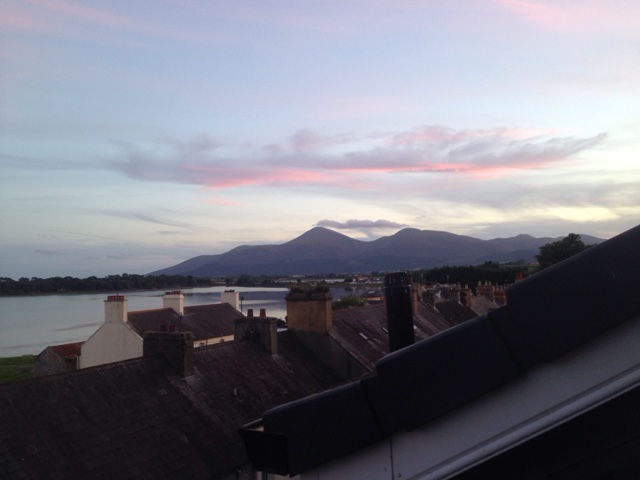 Side note: This is definitely the quickest film I’ve seen to say it’s title.

This a low budget film and that shows. The cinematography, the hues of grey and green that typically sparkle with the Emerald Isles, making the film look beautiful despite there not being a grand amount of high-end technology being and scene set up here is wasted upon the uneasy performers and the appalling dialogue.

The Solace of Orpheus is a hard slog. It’s like trekking through a mountain in the rain and sleet, accompanied by the most bothersome person in the world. It’s wonderful to look at, but there is causes more exhaustion than excitement; more pain and poignancy; more boredom than beauty.

Unlike the titular character, this is definitely one film that you won’t look back on.