In her follow up to The Diary of a Teenage Girl, Bel Powley loses her teeth, reneges on vegetarianism and has a nail problem. Not Emily Blunt’s nail problem (see A Quiet Place) but one entirely resistant to varnish.

Wildling is that low budget film you’ve never heard of that suddenly ended up in multiplexes on the third week of April, to follow last year’s Unforgettable. Co-written and directed by Fritz Böhm, it is one-third Room to two thirds Ginger Snaps with Powley as Anna, a teenager, imprisoned by her elderly father (Brad Dourif) desperate to arrest her development, who is rescued after she asks to go to ‘a better place’ – the hereafter, not the inevitable sequel to John Krasinski’s smash hit thriller. 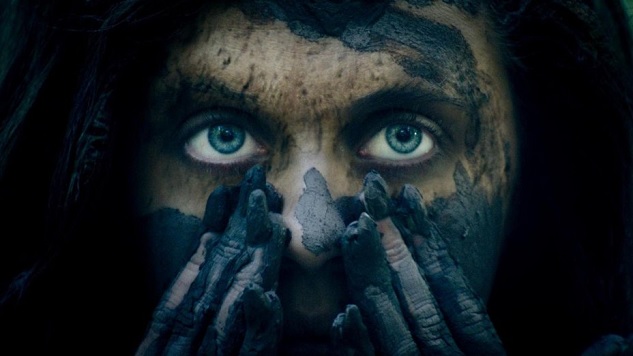 With skewed movie logic, Anna enters into temporary custody of local sheriff Ellen Cooper (Liv Tyler) who lives with her kid brother, Ray (Collin Kelly-Sordelet). ‘I found you,’ Ellen explains in what is the strangest case of ‘finder’s keeper’s’ I’ve ever heard. There is the obligatory catching a teenage boy in the shower scene, then Anna goes to school, to watch women undertake track and field through chain link fencing.

Ray has problems with two drug-taking bullies and Anna comes to his defence. She gets invited to a party and Ray comes with. ‘I was going to cook,’ pleads Ellen who is all too insistent that Ray is her kid brother. (It is okay, Liv, you can play moms in movies and still look like the star of Bernardo Bertolucci’s Stealing Beauty.)

We then have the inciting incident in which a boy ends up fatally wounded. Anna discovers who she is and why papa kept telling her to fear the Wildling. 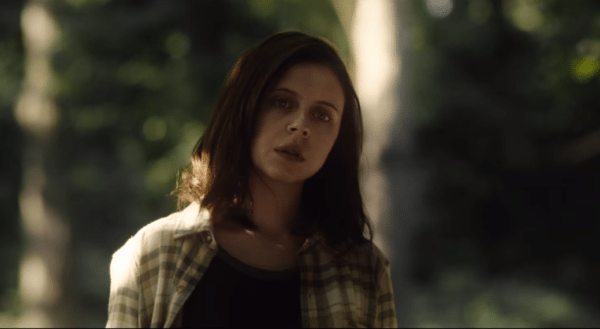 There is one good plot twist, but the story arc is heavily sign-posted. James Le Gros turns up as a guy dressed as a wolf who warns Anna about the animal traps. They bond over some meat, which makes a change from social media.

Writ large is a metaphor for the transformative aspect of female sexuality, but we’ve seen it before. The drama is shorn of modernist trappings on account of the difficulty getting a mobile signal in the remote forest location.

On the scale of pubescent horror flicks, Wildling is no Carrie. I half expected it to be a remake of a Scandi horror flick, as it has a When Animals Dream vibe (a similarly themed Danish film that screened at Cannes in 2014).

Powley is immensely watchable in a role that requires her to get down and dirty – literally. Wildling offers efficiently delivered if bland horror thrills with a welcome, if unchallenging, return to cinemas screens for Liv Tyler.

Wildling is out in cinemas now!