With the ultimate Marvel Cinematic Universe movie out and doing the rounds, we’ve done what any great film publication would do – we’ve ranked all the bloody films. With 19 of the bloody things after a decade of antics, where does your favourite land?

Perhaps unanimously voted as one of the worst films in the Marvel Universe, the follow-up to the first Thor outing was a dud. Despite director Alan Taylor’s best efforts, The Dark World wasted Christopher Eccelston, played havoc with the London Underground System, and did something seemingly impossible; it made a film with Chris Hemsworth and Tom Hiddleston utterly boring.

Admit it, you kinda forgot that this was included in the MCU. It’s a shame that it is such a bygone product because Edward Norton being a part of the franchise would’ve been swell (but, fine, Mark Ruffalo is perfectly cast, whatever.) The film is OK but it against the rest of the universe, it falls flat.

Sam Rockwell is in this movie  and yet it still is a confusing, mess of a film that feels misguided in it’s attempts to continue Tony Stark’s story. With more villains than necessary and some meaningless direction, IM2 just didn’t stick like the first film. In fact, we’re going to leave it there because it is such an uninteresting entry to the franchise and to Iron Man lore.

I’ll be honest and personal here (the bane of film criticism and listings but what are you going to do?) but I would probably put this further down the list if it weren’t for the beautiful and entertaining relationship between Michael Pena and Paul Rudd. I mean, more Paul Rudd isn’t a bad thing ever and Michael Pena is a genius addition to MCU as the lovable Luis. Hopefully the next  Ant-Man outing will be improve on the character who’s biggest impression was a small part in Civil War. 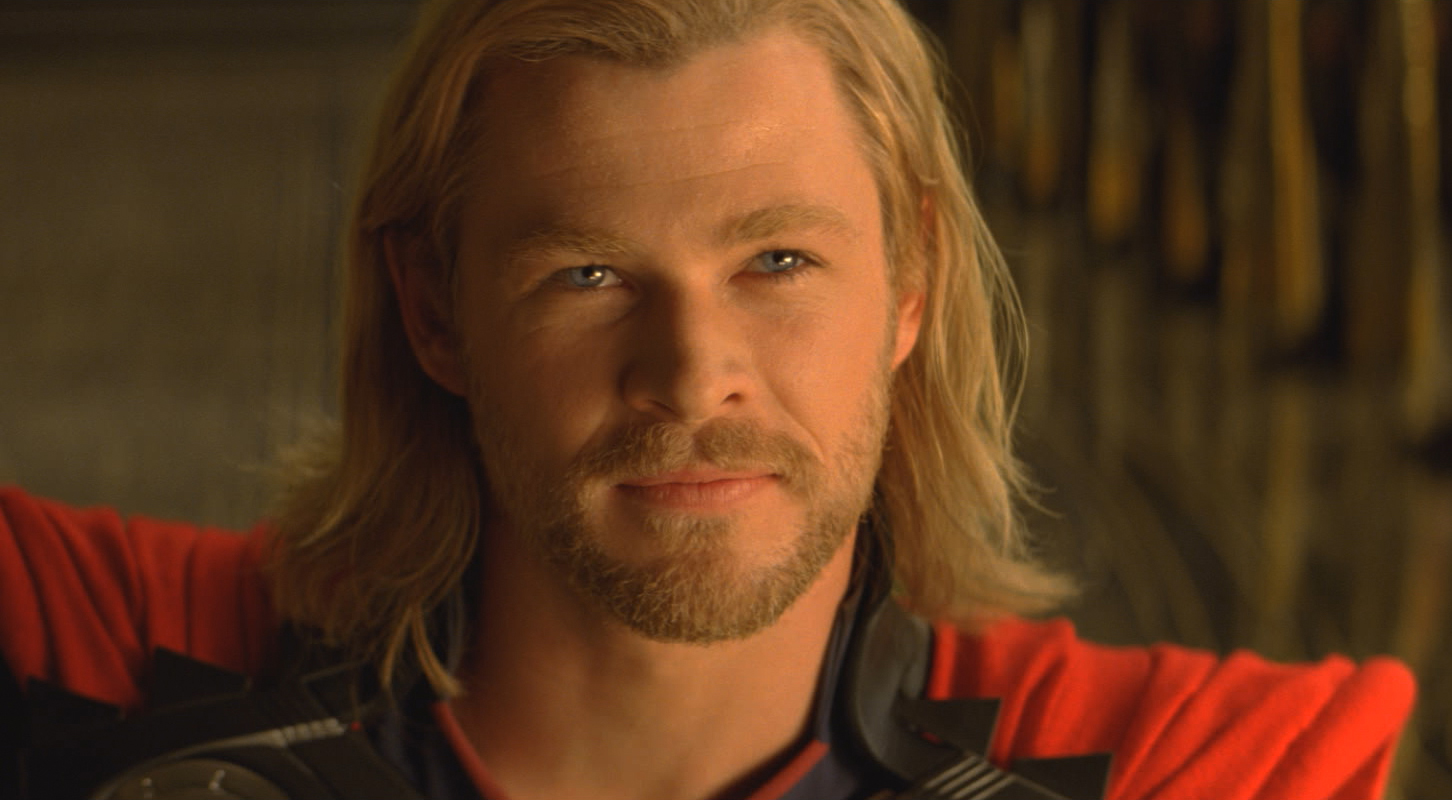 Thor was a visual masterpiece but lacked an enjoyable story-line.  The film served as more set-up than an actual movie and that is obvious throughout.  It was a basic and sometimes drab adventure into a world that had Gods, robots, and Chris Hemsworth’s abs. 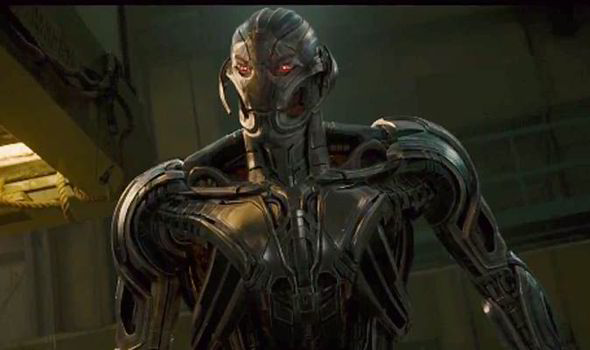 Arguably, Age of Ultron is the most debated film in the franchise. There are people who love it, people who loathe it, and others who can take it or leave it. Despite James Spader’s charmingly murderous killer robot, Ultron was convoluted and a mesh of characters who didn’t seem to gel as easily as they did in Assemble. With forced romantic relationships and disagreeable character changes, Ultron fell short of being the sequel we wanted.

I love Shane Black so perhaps i’m giving him a higher rating than necessary but Tony Stark’s inner-adventure was actually more interesting than most give credit for. OK, so, the villains weren’t very good and there was a tone of familiarity in the scorned nerdy guy, but Tony dealing with his past as well as his over-reliance of the suit makes for a somewhat impressive feature.

When the soundtrack of Guardians of the Galaxy Vol 2 fades away, you’ll find many issues with the sequel to James Gunn’s space romp. Though the presence of Kurt Russell as the main antagonist is as absolutely glorious as his beard is, the story-line and script arel lacking. Whilst it does possess a really emotional sequence that’ll have you blubbing and adds a poignant depth to Star-Lord, it just didn’t feel as charged as the first film did. It also is rated down because of its flippant use of Fleetwood Mac’s The Chain. But I’ll talk more about that on another date.

Benedict Cumberbatch is a massive draw to movies and television series so hiring him to bring a bit of magician pizzazz to the Marvel Cinematic Universe was a success. Bringing wizards and magic into the world was risky but thanks to the charisma of Cumberbatch and his fellows Chiwetel Ejiofor and Benedict Wong, there was an entertaining spark that kept us all invested. The biggest problem with Doctor Strange is down to its formulaic story-line as a rigid origin story yet the trippy and mental aesthetic and set pieces brought a lot of freshness to the tale. 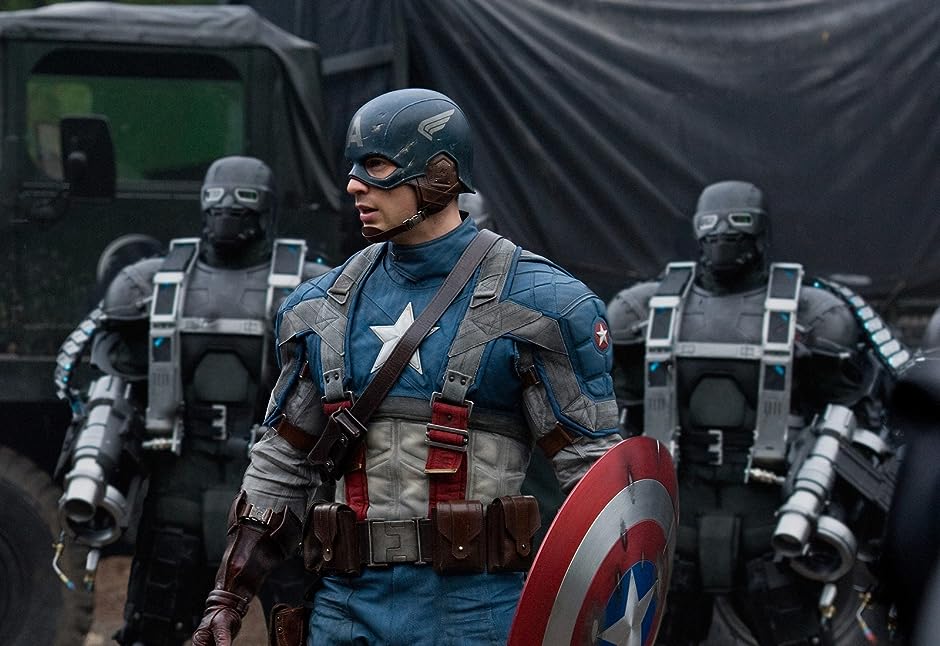 There’s a certain fondness for Cap’s first ever outing that, even though it is somewhat eclipsed by the phenomenal sequels, still has a charm. Maybe because it’s the era, maybe its because of Chris Evans gun-ho portrayal as Steve Rogers, or maybe it’s because of Hayley Atwell’s Peggy Carter (it is definitely because of Atwell’s Carter.) There’s a certainly blandness to this film but I absolutely adore this period setting and the rambunctious nature of Evans. Also, this is the birthplace of the infamous Bucky and Rogers love and I can’t get enough of their…friendship…

Not that Marvel has any issue with finding the perfect person to play their heroes (it’s like they’ve planted them over time and have raised them to be the actual character,) but having Tom Holland as Peter Parker/Spider-Man was completely genius. Showcasing a more youthful tone to the creepy crawly hero (a much needed energy for the Spider-Man movies,) Homecoming surpassed expectations by becoming a teen flick, just with a powered young adult at the centre of it. With a lovable lead and one of the most surprising twists to come out of a Marvel film, Homecoming hit all the right notes.

With the first two films in the Thor trilogy lacking in quality, it was up to Marvel to shake it up. They did so by hiring Taika Waititi, legendary comedy director, to take the reigns. Perhaps learning from the Edgar Wright mishap, Marvel let Waititi interject some frivolity into Asguard. The film allowed Chris Hemsworth to play with humour and explore his fantastic comedic timing in a colourful film. Away from the antics in Civil War, Thor’s own personal journey was not without its dark side and epicness, leaving

Whilst superpowers and caped heroes monopolised the action on Earth, the next venture was to shoot an entire movie in outer-space. James Gunn took us to the vibrant stratosphere with this bunch of complete assholes. Lead by the rough, ready, and rambunctious Peter Quill (played impeccably by Chris Pratt,) this fun-filled adventure with  our scruffy and rag-tag heroes was an entertaining thrill ride and not without its emotion. It also features one of the best soundtracks for a Marvel film (perhaps seconded only by Black Panther.)

The latest Marvel outing is certainly it’s biggest. Because it has EVERYONE. All of the heroes jam-packed into one absolutely mind-blowing spectacle. Josh Brolin’s Thanos is a mighty antagonist and one we’ve been waiting for since his grinning stare during a post-credit sequence. Here, his quest is the ultimate test for our heroes and it’s a breath-taking film to see them fight against, well, the Apocalypse. No for reals this time. This is the darkest entry for Marvel, despite the funny lines, and The Russo Brothers weave an explosive web with threads of emotion that keep you interested.

Black Panther is still in cinemas and it was released at the beginning of February. That’s how impacting this film has been on not just the MCU, but the whole world. Grabbing acclaimed director Ryan Coogler for the epitomes film was he right move and Coogler injected his skill for humanity into the superhero romp. With Chadwick Boseman in the titular role and Michael B. Jordan as the absolutely ingenious villain Erik Killmonger, the movie worked due to it’s impressive cast and deep backstory, rooted in the bigger world. Entertaining and with the best soundtrack of all the Marvel films, this solo outing is one of the best.

The first ever cinematic outing for an Avenger and an absolutely stellar comeback for Robert Downey Jr. after being away from the public eye for so long. Iron Man was a special beginning for the Marvel Cinematic Universe. Not only were we introduced to this playboy Tony Stark, battling with the problems of his late father and a company’s moral compass. The film starts shockingly and is not without its emotional core. RDJ is spectacular as the charismatic Stark who is as equally sarcastic as he is intelligent. Action-packed and with Jeff Motherfucking Bridges, you can hardly go wrong with this start.

Nearly six years ago, Joss Whedon surprised us all with this hilarious and high-action film that brought the first of the MCU heroes together. Thor, The Hulk, Black Widow, Captain America, Iron Man, and Hawkeye all had to blend into one fighting force to face-off against Loki and a whole army of aliens that descend on New York. This was the first instance of any of them coming together so there had to be the right amount of friendship and friction (fricship? friendtion) in order for it to work. And boy, it still does. Helped by Tom Hiddleston’s smarmy villain and also the impeccable casting of Mark Ruffalo as a broken Bruce Banner, Avengers Assemble helped meld all the pieces together.

Probably the biggest test of the Russo Brothers’ capabilities was Civil War. We were all on the edge to see exactly how so many different heroes can slide into  the action with ease, especially after Joss Whedon’s success with Avengers Assemble. This had to not only bring everyone in, but had to also have than spar off one another for pretty believable reasons. And it worked. There are really strong action sequences, brilliant character development, new introductions, and a lot of well-placed humour that is completely exhilarating. Special kudos goes to Robert Downey Jr.’s performance as Tony Stark who has to deal with some heart-breaking moments here.

Winter Soldier had to do something really triumphant. It was a transition: a conduit for darker times, not just for the cinema but for Steve Rodgers as a character. Up until this point four years ago, Rodgers was a staple of good honest America, a bygone product of a peppier era that needed a hero like Captain America. The Russo Brothers’ had to start breaking that down and shake him up, showing the qualities and beliefs that made The First Avenger so special. Confronting him with his past, and an institute he trusts falling apart, Winter Soldier felt more like a noir-spy thriller, just with superheros. Every pulsating second beat with importance. No character is wasted here and Sebastian Stan’s titular villain was brilliant to watch.

Avengers: Infinity War is out in cinemas now!
Read our review!