Everyone has a premise. From your Dad to the man down the pub, there are loads of ideas out there.  So many ideas in the world and very few run with it, often babbling along with an alcoholic slur or dissolving into fear, laziness, or the nether of your brain. It’s a shame because a great idea that most often lost into the atmosphere of nothingness and will never see the light of day. All the while, Hollywood would continue recycling old formulas and sequels.

It’s an even bigger shame when a decent and genuinely good idea is squandered by an often brilliant director as it spirals out of control. This is exactly what happens with Downsizing.

Honey, I Shrunk the Kids for Adults, Downsizing is from director and screenwriter Alexander Payne. Starring Matt Damon, Hong Chau, and Christoph Waltz, the film revolves a technology built for sustainability in order to save the environment. The titular process means humans are miniaturised in order to use less resources and live like millionaires in small cities. Paul and Audrey Safranek are an ordinary married couple who are inspired to undergo the procedure. However, when Audrey backs out at the last minute, Paul has to live in the world alone – coming across many different characters who inhabit a place called Leisureland.

There is no denying that Downsizing has a great idea and this really amazing  environmental message about being kind and good to our Earth (also, that humanity sucks and that we’re pretty much doomed, but you know, let’s focus on the good thing.)  It’s just that the initial concept gets completely muddled, going in directions unpredictable and, honestly, not at all good. Shifting between dramas and trying to make satirical points on culture, economics, class, charity, marriage, loneliness, and middle-age makes the film confusing and rather dull.

The cast are good enough.. Well, those who appear for more than ten minutes as there are a lot of cameos here and promised billed stars who don’t exist for longer than a brief “Oh it’s them!” moment. Matt Damon’s presence, too, is completely replaceable and interchangeable. He could be any white male lead and that shows. It’s his supporting cast that really pull this film through including Academy Award-winning Christoph Waltz who simply has to be in a scene to be pure entertainment. 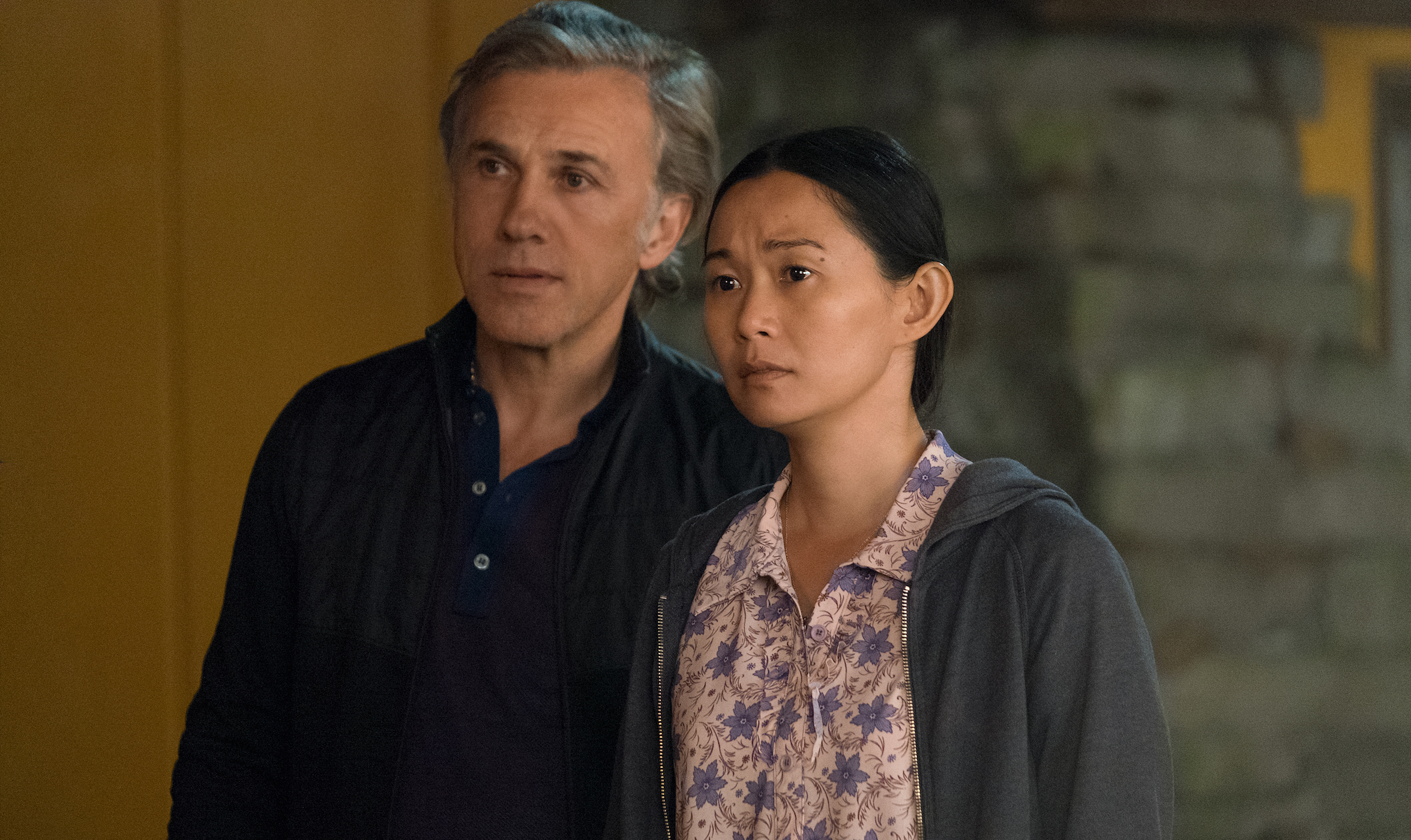 It’s really Hong Chau as Ngoc Lan Tran, a Vitenamese activist who was shrunk against her will. She’s the voice of reason in the film and often provides a lot of the comedy. The jury is out on whether her accent is offensive or not (it’s stilted English but, still, for the character’s backstory, it makes somewhat sense.) However, her spirit and her portrayal are vibrant, earnest, and fun that you fall in love with both the character and the actress. She’s been nominated a lot for her performance and it is much deserved.

There are some good set pieces, even moments where no larger object is present yet you can feel the essence of the tininess and proportional atmosphere is great. It’s that Downsizing isn’t – it isn’t really good either. It’s a rather lifeless attempt at something different that is a dark mark against Alexander Payne’s really good filmography. A small shame.

Downsizing is out on DVD & Blu-Ray now!