For the last three years, I have taken Women in Media’s 52 films challenge, watching (at least) fifty-two films directed or co-directed by women per year. Although not the point, I made the challenge harder for myself by focusing on new releases only, watched where possible in a screening room with other people. If I just focused on what was released in UK cinemas only, where, for example, some 821 films were released in 2016, I would not complete the challenge. Indeed, it is only possible to complete it by going to film festivals or attending one-off screenings – the quest has so far taken me to Berlin, Prague, Stockholm, Leiden, Haugesund and Toronto. 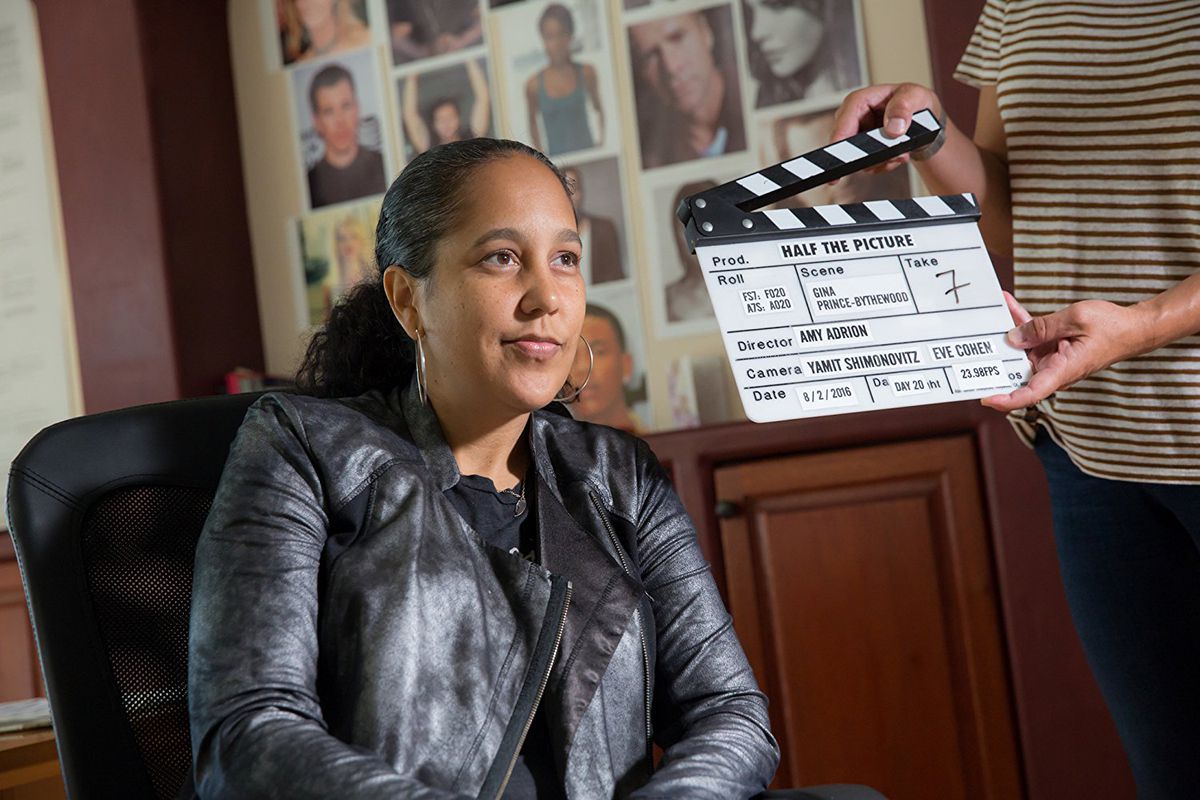 I look forward to the year when there is gender parity behind the camera, when the challenge is no longer necessary. As Amy Adrion’s documentary, Half the Picture demonstrates, we are a long way off, as evidenced by the institutional poor support given to women directors in Hollywood. Adrion interviewed a wide range of working – in some cases non-working – directors to give a flavour of what the issues are. The results are alarming.

It is impossible not to be angered by Pixar’s treatment of Brenda Chapman, who was fired from the 2012 box-office hit, Brave only to see the story suggestions that the studio initially questioned being restored to the film. Picking up the Oscar for Best Animated Film, she was told not to leave remarks to her replacement, Mark Andrews, but paid tribute to her daughter nevertheless. As a foot note, Chapman has been announced as the director of the live action fantasy drama, Come Away, which top-lines Angelina Jolie and David Oyelowo.

Then there was the treatment by Lorne Michaels of Penelope Spheeris, who was not allowed to make films on Saturday Night Live, was eventually given the gig of helming the box-office hit, Wayne’s World but was passed over for the sequel – the latter was a flop, she rasps, unable to suppress her relish. Although Spheeris got other studio assignments – The Beverly Hillbillies, The Little Rascals and Black Sheep starring the late Chris Farley – she got fed up with the interference and the ‘bullshit’. Now, like Barbra Streisand (not interviewed here) she has given up filmmaking altogether and instead designs houses. As a second foot note, one of Spheeris’ later films, The Kid & I about a teenager with cerebral palsy (Eric Gores) who loves action films and wants to appear in one, sounds generally interesting. Tom Arnold wrote and appears in the film and Spheeris plays herself as the director of the film-within-a-film.

Adrion’s interviewees include Rosanna Arquette, Patricia Riggen, Patricia Cardoso, Catherine Hardwicke, Lena Dunham, Miranda July, Ava DuVernay, Sam Taylor-Johnson, Jill Soloway, Karyn Kusama, Gina Prince-Blythewood as well as the prolific British Oscar nominated documentarian Lucy Walker who was accused of not directing her films. (‘Would they say that to a man?’) Kimberley Peirce describes how, when she proposed the film, Stop-Loss, she was asked whether she could handle action sequences with four cameras and ‘what qualified her to make the film?’  Significantly, neither Kathryn Bigalow, the only female recipient of the Best Director Oscar (for The Hurt Locker) nor Wonder Woman’s director Patty Jenkins was interviewed.

The documentary builds to a lawsuit brought in 2015 by director Maria Giese (When Saturday Comes) against Hollywood through the Equal Employment Opportunity Commission, assisted by the American Civil Liberties Union. Giese’s – and many others – argument is that Hollywood studios use mentoring programmes as a smokescreen for not offering women the opportunity to be included in short lists for big budget projects. It took women within the industry like Ava DuVernay and Jill Soloway to change the way women were hired. While the show reels submitted by women cinematographers looked less impressive than those offered by their male counterparts, this was because they had less to work with – one light and a bounce board. It is only through positive discrimination – hiring in spite of the lack of credits – that some producers challenge prejudice.

One of the best interviewees is Miranda July, who put her own directing career on hold to look after her child while her husband Mike Mills went off to direct 20th Century Women. July describes how she set up in 1995 the ‘Big Miss Moviola’ compilation tape, inviting women filmmakers to submit one short and $5 (together with a personal statement); in return they would receive a videotape with that short and nine others; threatened with a legal suit, she changed the name of the scheme to ‘Joanie 4 Jackie’. Submissions included Dulcie Clarkson’s ‘How the Miracle of Masturbation Saved Me from Becoming a Teenage Space Alien’; most of films were from women in college or college graduates. July handed the scheme to others in 2003 as she prepared her debut feature, Me and You and Everyone We Know and saw the scheme made redundant in 2009 with the advent of YouTube. July also describes how her second feature, The Future, featured European actors in supporting roles to justify the financial support from Germany.

Adrion ends her film on an optimistic note, but the reality is that the lawsuit is making slow progress and 2018 has seen fewer studio films directed by women than ever. I counted four: A Wrinkle in Time (Disney), Blockers (Universal), The Spy Who Dumped Me (Lionsgate) and The Darkest Minds (20th Century Fox). Whilst Sony has acquired Jennifer Kent’s The Nightingale, a period revenge drama starring Sam Claflin and Amma Asante’s Where Hands Touch, starring George McKay as a son of a high-ranking SS officer who has a relationship with a biracial girl, Leyna (Amandla Stenberg), neither film has a release date. Television and streaming services offer the best employment opportunities for women directors until a director like Patty Jenkins can prove once again, that women directors can deliver big box office.