The trailer and images for new Spike Lee joint BlackkKlansman are here. The comedy drama, based on the book of the same name, by retired police officer Ron Stallworth.

Stallworth, the first black officer in Colorado Springs, answers an advert for a new chapter of the Ku Klux Klan. By claiming to hate all but the pure, white, aryne race, he infiltrates their ranks and with the aid of a white officer, for face to face meetings, he goes deeper and deeper into the hate groups secret world.

The trailer includes all the aspects we have come to expect from a Spike Lee film. Deeper issues of race and class are showcased through humour and Lee’s cinematic style. Recreation of the 1970’s setting is complimented by the trailers soundtrack and quick-fire editing make this trailer feel like a classic Spike Lee project. 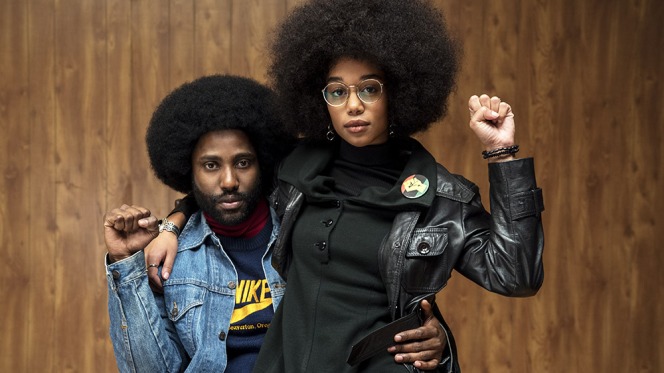 The film received a standing ovation after it previewed at this years Cannes Film Festival. Alongside Lee behind the camera, the film also has high profiled names attached as stars and producers. Get Out writer/director Jordan Peele produced the film. Starring John David Washington, (yes related to Denzel) Adam Driver, Topher Grace and Laura Harrier.

Could this be the film to reinvigorate Spike Lee’s career? With Chi-Raq failing to make a wide impact and the less said about the Oldboy remake the better.

BlacKkKlansman is out August