Let’s face it: We’ve all been embroiled in some sort of crush on Hugh Grant. I mean, look at him: Foppish fringed hair, bright white smile, and handsome British awkwardness. Hefty sigh.

Yep, back in the nineties, Grant had his own legion of fans but admits controversy and film failures, we sort of lost our way with him and he faded to the background somewhat.

Years before he came on the seen in British romantic comedies, the performer from Hammersmith was a dashing young man in James Ivory’s stunning British romantic film Maurice. To celebrate it’s return to cinema, we’re looking at the Best of Hugh Grant!

Pirates! in an Adventure with Scientists (2012)

I truly believe that Aardman brings out the best in actors and, arguably, this is Grant’s best role. You can fight me on that.  He stars as Pirate Captain in an almost unrecognisable voice casting. As the lead character competes for Pirate of the Year, Pirate Captain isolates everyone around him including his crew. But he soon comes across a dastardly plot and will rise to be  the hero he’s always dreamed of. Portraying a hapless pirate, Grant is genuinely hysterical and funny but strangely endearing too. It’s also a seriously underrated Aardman film so please watch it – it has the best use of a Flight of the Concords song!

It was a toss up between Four Weddings and a Funeral or Love Actually. But seeing as Notting Hill was the first ever Grant film that I saw as a kid growing up in 1990s Britain (that, or the countless VHS ads for Mickey Blue Eyes I still remember,) it will always be the most compelling to me. Here he plays William Thacker, a small book shop worker in the titular place who happens upon famous movie actress Anna Scott and starts a secretive affair with her. Grant has oodles of chemistry with Julia Roberts  and really plays the lovelorn character well here, with the dazzling blue eyes, charming British nervousness, and plenty of “whoopsie daisies.” 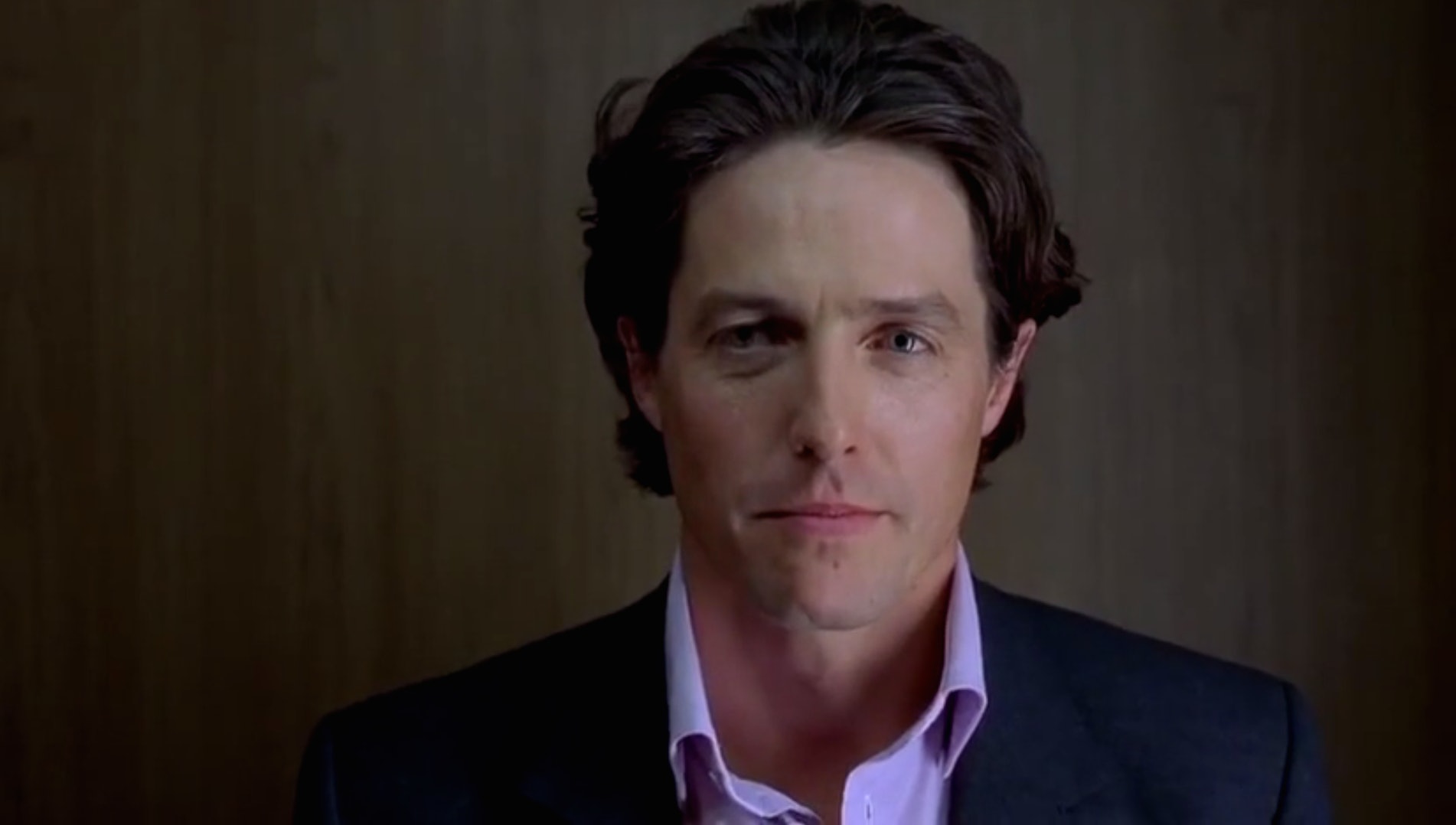 When Grant appeared on the posters for the timeless comedy Bridget Jones’ Diary we all had the same collective thought; “Oh great, not again, he plays the sappy love interest.” But that’s where the film turned on it’s head: He wasn’t the nice guy, he played the swarmy posh twat Daniel Cleaver who, despite having feelings for Bridget, treats her like shit. As Daniel Cleaver, he is understandably attractive but damn, he is a flirtatious, womanising dickhead. He also has the best on screen fight with Colin Firth’s Mark Darcy.

Introducing the whole world to Nicholas Hoult, Hugh Grant became an unexpectedly father figure in this brilliant and lovable role. He plays a single man who has never had to work before thanks to the Christmas song his father wrote. When he winds up part of a young depressed mum’s life, he unwilling befriends her son. Grant manages to grow his character from cheap womaniser who’s shirked responsibility all his life into a compassionate man with this weird but loving friendship. 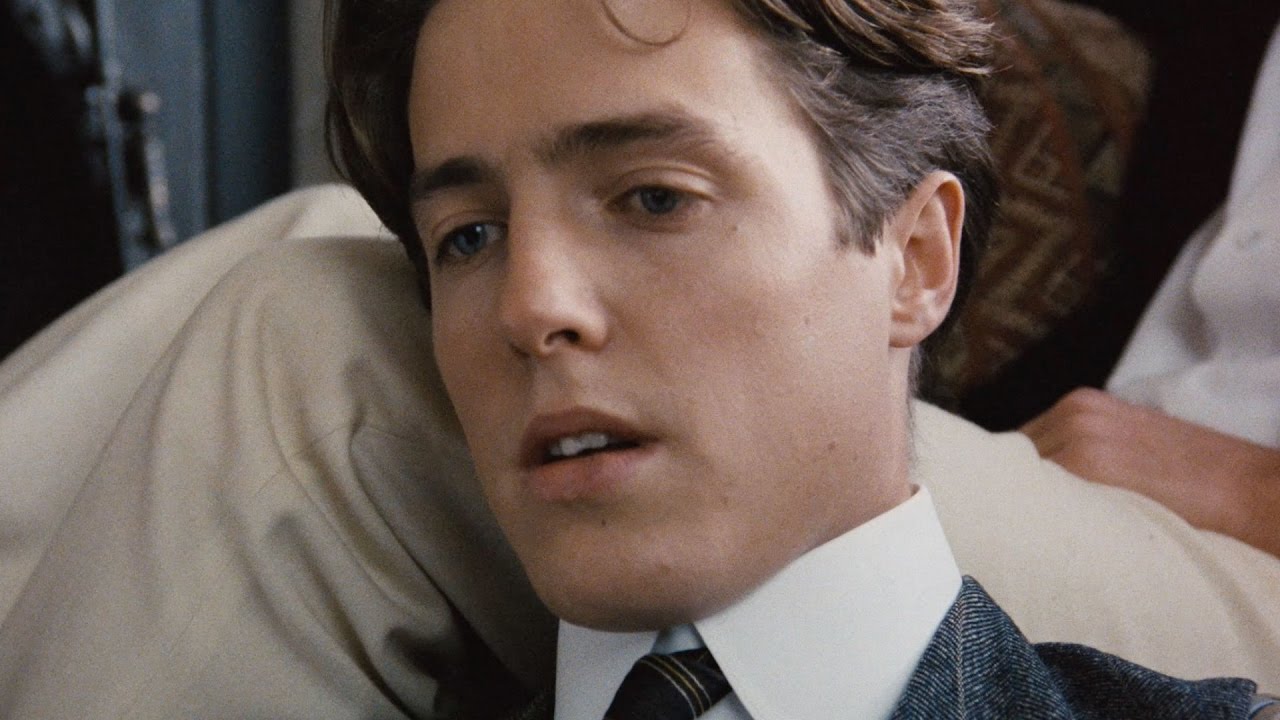 Before Call Me By Your Name, James Ivory tackled unbridled gay romance in the stirring movie Maurice. The film, based on a novel by E.M. Forester, and stars the titular character who goes through his life in Edwardian times figuring out his sexuality (whilst it still being a crime.) Hugh Grant plays  Clive Durham, Maurice’s college sweetheart who is more fearful of his true nature coming about. In an intimate performance, Grant captures the tenderness of youthful romance coupled with the anguish of a force hetero-sexual relationship in an amazing supporting role.

If you’ve never seen Paddington 2, I think you should really re-evaluate your life choices.  I will even allow you to walk away after you’ve read this exact word in order to go watch it. You are about to witness one of the greatest things you’ve ever seen Hugh Grant too. As Phoenix Buchanan, he plays a very on the nose role as a has-been actor turned criminal mastermind when he kidnaps Paddington’s beloved pop-up book meant as a present for Aunt Lucy. As this swarmy and egotistical character, Grant tackles this role with such a gusto and glee that he steals the entire show. FROM PADDINGTON BEAR. That’s an almighty feat. Please stay for the credits though because you will not be disappointed!

Maurice is back in cinemas now!

One thought on “The Best Of…Hugh Grant”