Hey there reader, I bet you are wondering why, a gal attempting to be a serious film critic and/or screenwriter may be writing nearly 1000 words on the My Little Pony movie. Why don’t I go for a serious in-depth essay on any other movie ever made ever….

I’ll be honest, this started off as an article about the Best Horse Films for the release of The Rider and the return of Bojack Horseman. Deciding to start with the freshest movie I’ve seen on the list (and the one I jokingly placed in too,) I found that I just couldn’t stop typing.

So here is the following result: Please enjoy a whole piece on why Open Up Your Eyes is one of the greatest musical cinematic moments of the past decade. 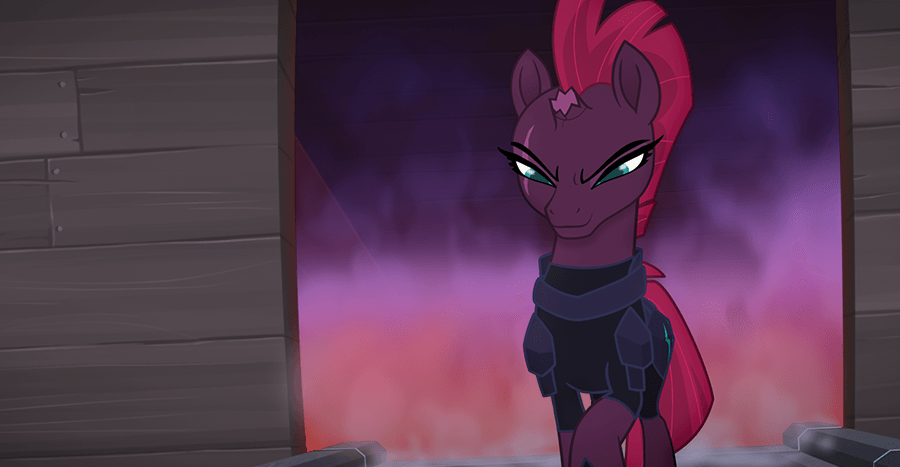 A few years ago my youngest sister had got me hooked on this cartoon series that had a panache for inventive storylines, colourful antics, and absolutely immense songs. Over time, my interest faded because it was a TV show made for children and I had better things to do like work and spending all my time pretending I don’t watch My Little Pony.

For those who have no clue what the television show is all about, it revolves around the magical land of Equestria, inhabited by ponies and follows the Mane 6 – Twilight Sparkle, Applejack, Rainbow Dash, Rarity, Pinkie Pie, and Fluttershy, each with their own gifts and issues that play out across several seasons. With aptly named characters, cutie marks, and some almighty villains, series has gradually seen Twilight Sparkle, our leading purple magical unicorn, becomes a Princess and now the pressure is on… which is totally something I researched having clearly stopped watching the show some time ago…

My Little Pony: The Movie carries on from the show and sees Twilight plan a massive party for the arrival of fringed famed performer Songbird Serenade (based entirely on Sia and it’s a strong look.) However, during the preparations, a storm comes bringing with it a bunch of bad guys in the name of an evil overlord The Storm King (who is a llama or a gorilla or a really hairy horse, it has never been fully established.) Doing his bidding is unicorn Tempest Shadow, only her horn is broken and her magic is askew. Enslaving most of the ponies, Twilight and the Mane 6 have to venture to get help but could the perilous journey be the final one to tear the team apart?

OK, cool so what’s my point of this article? Because we’re well deep into 500 words now and there doesn’t seem to be a point.

I hear you reader. I’m getting there. See, it is our very own perilous journey.

The film itself, for anyone who has even sniffed around the My Little Pony, is the usual garb. There are jovial songs, gun-ho horses with big personalities, and a child-friendly kinda scary journey. There’s underwater horses, cool Taye Digg-voiced cats, and bird pirates on a floating ship.  It whinnies and clops with the usual beats. The movie is fun but it’s not superb art, and that’s fine because I’m not it’s audience as I don’t watch My Little Pony….

What is superb, however, is the villain song. My Little Pony has actually had some serious bangers throughout the series. Written mostly by Daniel Ingram, with collaborators such as Amy Keating Rogers, M.A. Larson, and McCarthy, the songs include Evil Enchantress Song, This Day Aria, and the Flim Flam Brothers Song (Hey, they are technically the villains of the piece.) There’s also Unleash the Magic from the spin-off movies The Equestria Girls but that’s another article for another day.

In the film, Emily Blunt voices Tempest Shadow (seriously, these guys must have a lot of fun coming up with these names.) Tempest is a furious, angry pony who once had a working horn and friends only for a bear attack to leave her without both. Disgruntled at town who have shunned her, Tempest has galloped to the dark side. Despite the somewhat idiocy of her boss, Tempest pursues the ponies, particularly Twilight, in order to steal her magic and gain her horn back.

As Twilight winds up pushing her friends away in an act of desperation and falls into Tempest’s hooves. Caught in a cage, Twilight is eager to engage Tempest in some proper hero to villain chats where the latter unearths the truth of her rage and defiance. And of course, because this is My Little Pony, she has to do it in song form.

My god, is it fantastic.

For a start Emily Blunt really makes a formidable villain and why we haven’t cast her in a truly terrific romp of a villain role (with song) in a live-action film perplexes me. She is great here, harnessing hurt and anger of the character with her vocal range. The song also shows her great chops which makes us more excited for Mary Poppins Returns. The backdrop is delightfully intense with these amazing dark strings that build to the climatic title. It rises, it drops, it hits, it takes you on a story of emotion.

It’s the perfect villain song – and villain songs have been missing from musicals lately. The Greatest Showman didn’t have a particular one, instead stuffing itself to the brim of “love yourself” anthems that’d make Christina Aguilaria quiver. La La Land was all about broken love. Even Disney, who has been top of the genre with classics such as Be Prepared, The Gaston Song, and Hellfire, has forgone the villain romp; Frozen had a bad guy voiced by Santino Fontana and didn’t give him his own song, Moana had Jermaine Clement sing Shiny but it wasn’t that right combination of intimidating and cheesy.  The villain song became a staple in musicals largely based in fantasy but sometimes floated into those more grounded pieces. Moulin Rogue shifted Roxanne into a vicious Tango that saw the villain AND the hero grapple with darkness, for example. To hear a song embrace the brilliance of proper darkness with sorrow and an enjoyable over-the-top-ness. Not only is it a great song but it’s an impeccable almost throwback to when villain songs were the most dramatic and most entertaining.

Open Up Your Eyes brings all that glorious evil singing back to the forefront, being the standout song from the film and franchise. It is a tune that I have not stopped listening to since I first watched the film

So that’s it. That’s why a near 30 year old woman has written over 1000 words on a My Little Pony song. Thank you for indulging me and,  if you are, like me, a huge fan of villain songs from movie musicals, please add Open Up Your Eyes to the list.

My Little Pony: The Movie is available on Netflix.

2 thoughts on “Let’s Talk about “Open Up Your Eyes” from My Little Pony: The Movie”