Michael Haneke has a lot to answer for. That young psychopath who looked at the camera in Funny Games before committing more brutality, he has led us inexorably to the glib fest that is Deadpool 2. This alternative to the Disney Marvel Cinematic Universe, or ‘Walternate’ to quote from the TV show Fringe, is foul mouthed and knowing to boot – Snarknado would be a better title, or rather Snarknado 2. Ryan Reynolds, who has discovered that stardom comes from breaking the fourth wall – we’ll never take him seriously as an actor again and he doesn’t care – reprises the role of Wade Wilson aka Deadpool, a leather jump-suited anti-hero who in someone’s words ‘looks like a sex toy’ – you can give anyone’s dialogue to anyone else in the movie, except to poor Eddie Marsan, cast as an abusive headmaster. Deadpool has regenerative powers. You have heard the expression ‘grow a pair’; in this movie, he literally does. 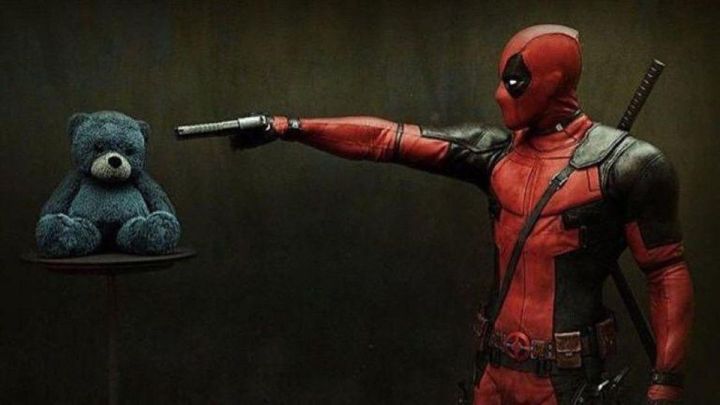 Screenwriters Rhett Reese and Paul Wernick, with Ryan Reynolds contributing a bunch of asides, lift their plot shamelessly from The Terminator movies and also from Universal Soldier if you’ve really dug into bargain bin DVDs, with Cable (Josh Brolin), a machine augmented super soldier coming from the future to assassinate Russell (Julian Dennison), a mutant with the capacity to make fire. Russell has been abused by his headmaster (Marsan) and has anger management issues. Cable declares that if he isn’t killed, the world as we know it will be a worse place – they’ll attempt a sequel to Hunt for the Wilderpeople.

But there’s another strand. Wade is feeling suicidal. Reese and Wernick have also looked at The Bourne Supremacy for inspiration – and yes, there is a motor vehicle chase sequence later in the movie. The film, directed by David Leitch (John Wick) riffs on the recent propensity for superhero movies to contemplate mortality. But, unlike Hugh Jackman as Wolverine, Reynolds isn’t tired – heck, he’s just getting started.

Some of the gags hit home, notably a comparison between the songs ‘Papa, can you hear me’ and ‘Do you want to build a snowman’ – though it is a bit rich of the filmmakers to complain about borrowing a compositional structure.  Others just annoy. Pointing out the derivative nature of the action doesn’t excuse it even the second or third time.

The best sequence introduces Domino (Zazie Beetz), whose superpower is being lucky. She and the newly formed ‘X Force’ parachute towards a speeding lorry containing an incarcerated Russell and for the most part meet the kind of fate we would expect for reckless skydiving towards a freeway without a GPS system. Reese and Wernick probably watched the Charlie Sheen action movie, Terminal Velocity, and said, ‘let’s send this up’ – still rooting through those bargain bins.

The film may or may not feature a big star cameo as ‘The Vanisher’, a superhero recruited by Deadpool who may not be there. Terry Crews (as Bedlam) also pops up. There are plenty of post-ending codas for the fans, including one involving Reynolds (the actor) himself, though you don’t have to stay for the ‘X Force’ song over the end credits, really – unless you want to.

How much snarkiness is too much? I get that Deadpool is foul-mouthed with a heart of gold. But he’s also straight jacketed in sarcasm and pop culture references – nothing he does really surprises me, even when referencing ‘dub step’. By sticking broadly to story beats from other movies, Deadpool 2 runs into a cul-de-sac. It is the cinematic equivalent of the smug bore who always wins at film quizzes – does it really require encouragement?

Deadpool 2 is out on DVD & Blu-Ray today!