We keep so much of our lives on social media. Our whole world is trapped on websites and messages, keeping communication digital. We’re unafraid to be candid; believing our conversations to be constantly private.

While we’re doing this – while we are furiously typing away – we forget that it could all be taken away from you at any moment. That our world could drastically change with a few lines of data and our secrets could be spilled, becoming public knowledge.  I bet even saying that made you clutch your phone.

What would happen if these secrets were revealed? What chaos would ensure?

That’s the plot of Assassination Nation. Directed and written by Sam Levinson, the film follows the trials and tribulations of a few young girls living in Salem. The quartet – Lily, Bex, Sarah, and Em – are your average popular group who party, flirt, and use the internet to assess their situations. Things are about to take a drastic turn when the Mayor is hacked and his personal information is leaked to everyone. Soon it begins happen to everyone including the Principle and Lily’s older lover… When Lilly is blamed for the whole mess, a frenzied town descends on the four girls, seeking for revenge.

There is a lot to enjoy about Assassination Nation but there is also a lot to hate. Let’s start with the good Odessa Young as our lead Lily is a brilliant actress who is able to layer Lily with a tenderness that would be missing if it relied on the writing alone. Young is accomplished, pulling between different personas of our lead in a slow monotonic drawl that is still emotive and intriguing. The actress excels here and Hari Naf, as support Bex, is also an accomplished actress. In fact, she truly shines as the bullied Bex, accomplishing great moments of nuance. Young and Naf standout amongst the bloodshed.

Levinson is an inventive filmmaker who captures the colourful world of the teenage girl. He produces some brilliant cinematic sequences including some spectacularly gory scenes and some uniquely different ones. There’s some fun watches and powerful imagery here that showcase an original fluidity to the film. However, the film also struggles with the pace. It takes a good hour for anything truly interesting to hit, making it a frustratingly slow beginning. It’s brilliant when the action kicks in but the journey there is a slog. 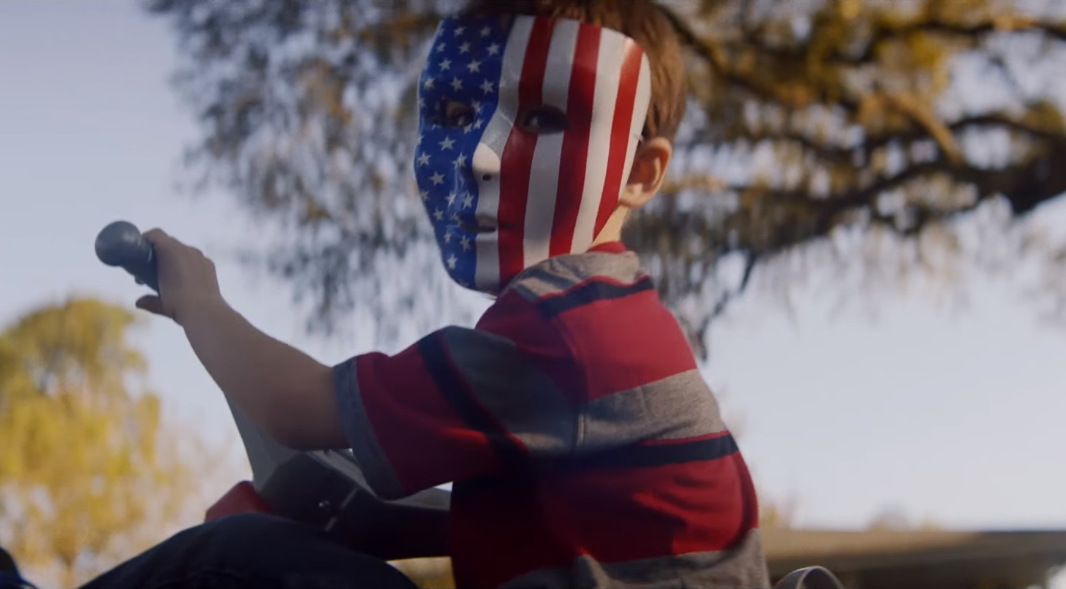 There’s part of me who thinks that Assassination Nation had aimed to be deeper than it ended up being. It does delve beyond the surface but doesn’t plunge deep enough. There’s this aching feeling that there has been so much edited out. It’s annoying because when it starts to make point son gender, social politics, and more, it becomes amazingly dark. Almost as though it is scared of its exploitative horror nature, it pulls back and adds jokes that don’t quite seem to fit.

Perhaps Assassination Nation is a movie that requires a particular screening, you know? Perhaps Monday morning and still hungover from the weekend isn’t the head-space to relish in the frenzy or commentary. Maybe this is a movie that needs its midnight crowd. Those who, after a few drinks, will holler at every moment or allow it to dig under the skin. It’s a decent ride that should’ve leaned more into the darkness and commentary more so than trying to be fun and frivolous at the same time.