There are films out there that beg for a sequel. One’s that need a continuation of the story. Whilst we may be in an age of yawn-worthy, unnecessary sequels that go on and on and on, sometimes there are tales we need more of. Star Wars, Toy Story, The Godfather (1 and 2 and then stop,) these are famed examples of trilogies and movies where we wanted more, got more, and it was everything. So yes, there are movies out there that beg for a sequel.

Sicario 2: Soldado is not one of those films. In fact. it doesn’t need a sequel so badly that even saying the title (one of it’s many ones, anyway) Sicario 2 seems wrong within our mouths, stumbling over our tongues or fingers as we type because the two shouldn’t be there. This sentiment flows throughout a film that is hollow and scares of engagement.

Soldado (which is it’s proper name now) is a continuation of Mexio drug cartel saga that is sadly remiss of Emily Blunt, Denis Villeneuve, Roger Deakins’ and the late phenomenal Johan Johannsson . The film focuses on Josh Brolin’s Matt Graver, a CIA operative who is sent on a seedy mission after a terrorist attack on Kansas City. Assuming that the Mexican drug cartel are smuggling criminals in, Graver is assigned to start a war between the two gangs.  Bringing in Alejandro Gillick (Benicio Del Toro,) they plan to kidnap a drug lords’ daugther in order to do so. However, it as disasterous consequences.

Directed by Stefano Sollima (famed for his work on TV series Gommorah,)  Soldado is vapid and uninteresting. Though it looks entirely stunning, with incredible visuals as tensions simmer in the heat but it is garishly holllow. The initial storyline is poorly explained that as you are bounced along this convoluted US plan, you feel yourself further away from the point of it all. It echoes dully and without much poignancy. There are exactly two moments of deep, raw  emotion, including a scene with a deaf man (whose acting is incomparable.) However, even one of these scenes is wasted a couple of moments.

Del Toro is phenomenal as always. His work as Gillick, a character constantly straddling his own laws in order to get justice adds this unpredictable quality to the sequel as well as some moments of gr  It’s good to see the whole ofJosh Brolin’s face and even his stoic Graver get’s to dig a little bit deeper into this character. Newcomer Isabela Moner holds her own as Isabella Reyes, the kidnapped girl, who is put through hell (which, on that note, really highlights how poorly Taylor Sheridan writes women and that’s becoming more apparent with each new script.) The young actress can convey all this trauma and hold her own against two heavy-weighted actors. 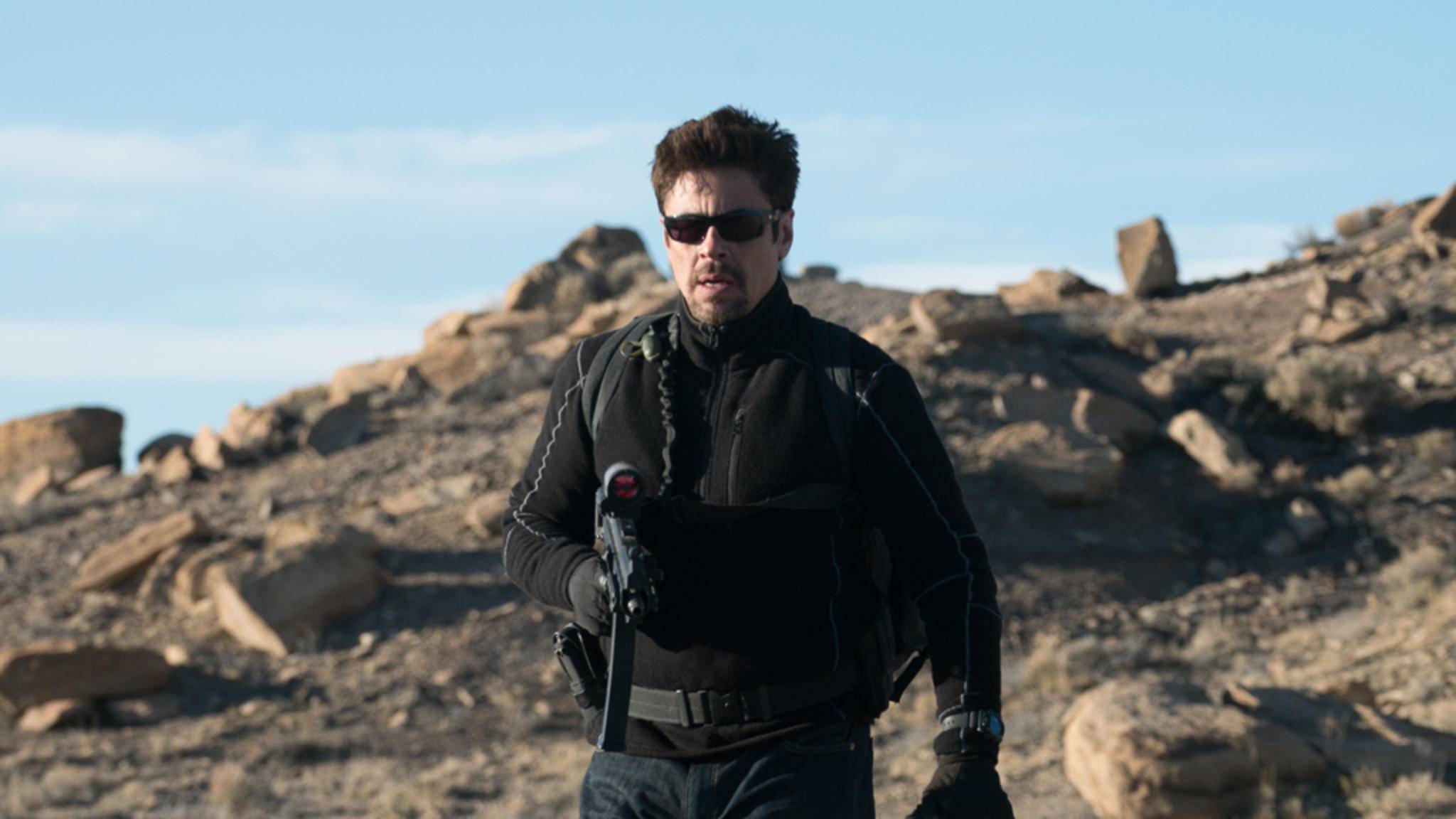 If Soldado was a meal, it’d be a takeaway. For a little bit, it’s satisfying but it just leaves you feeling  empty  and hungry for something else. Something with more meat. Something that has bite, and flesh, and  hits you in the bit of your stomacch. Something like….Sicario.

Yes, sadly, the original film out-strips the sequel. In fact, the sequel certainly feels somewhat disjointed from the original. Linked in character, story, and name, the layered original continues to be an impeccable taut thriller whilst this is an empty one.