Dario Argento’s Suspiria is considered one of horror film’s greatest triumphs. Starring Jessica Harper, the film looks at an American woman sent to prestigious German dance school only to discover that there is something sinister happening there. Thanks to the cinematography, the music by Goblin, and the tension throughout, Suspiria has been cemented by horror audiences and critics alike as one of the best films of all time.

So how do you remake something considered so influential? Call Me By Your Name director Luca Guadagnino attempts to adapt the material in his own new vision that sadly fails to  charm or scare.

Considered an “homage” to the classic, 2018’s Suspiria follows a similar storyline. Suzy is a young woman from an American Mennonite family. Escaping to Berlin to a acclaimed dance company Markos Dance Company, Suzy is intrigued by it’s mysteries. The teachers, led by the mysterious Madame Blanc, are alluring yet strict. The students inexplicably disappear. And at night, Suzy is plagued by horrific images. When the activities start to worsen (and Suzy’s fame starts to rise), Suzy and fellow student Sara decide to track down the truth. With the help of therapist Dr. Jozef Klemperer, can the secrets of Markos Dance Company come to light?

The opening sequence of Suspiria is definitely one of the most unsettling scenes I’ve seen in a horror film this year. The fast edits matched with Chloe Grace Moretz’ mania and the brooding score underlining it heightens the tension. You expect a scare at every corner. The breathless hysterical antics of Moretz’ Patricia is an expert lesson in using editing to build frights. 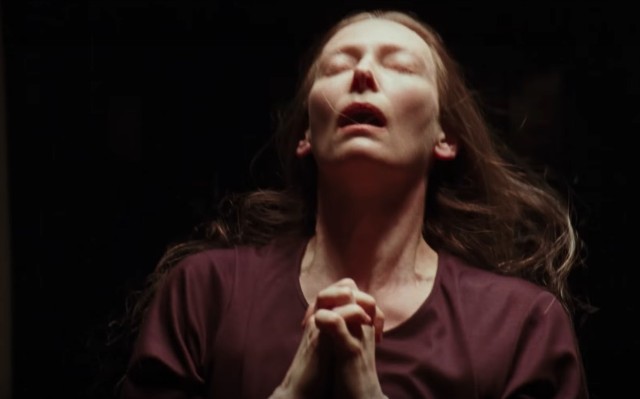 It’s just a shame that the film does not continue in this manner. The scares are stretched over a whopping two and a half hour run-time that dilutes any assault on the senses. The fear fritters away as you limp along towards the end. It’s not that the film doesn’t have it’s grim and gruesome moments. One particular dance sequence will curl toes and churn stomachs. The finale also is a vision of the grotesque, with allusions to movies such as Häxan. Yet to slow crawl to get leaves you frustratingly impatient that by the wildly bloody and feverish moment, you’re investment has already gone.

The length in time caused by the secondary story. As we follow Josef Klemperer across Berlin, trying to uncover the truth about Markos, we are taken away from the main drama. Instead, it feels like they are showing off Tilda Swinton’s talent. I mean, it’s not a bad thing that he appears, his use particularly needed at the beginning. But Klemperer is a distraction, one that isn’t truly needed for it to take affect. Aside from this, Swinton’s geberak aurora and presence in this film is glorious, particularly as the ominous Madame Blanc. 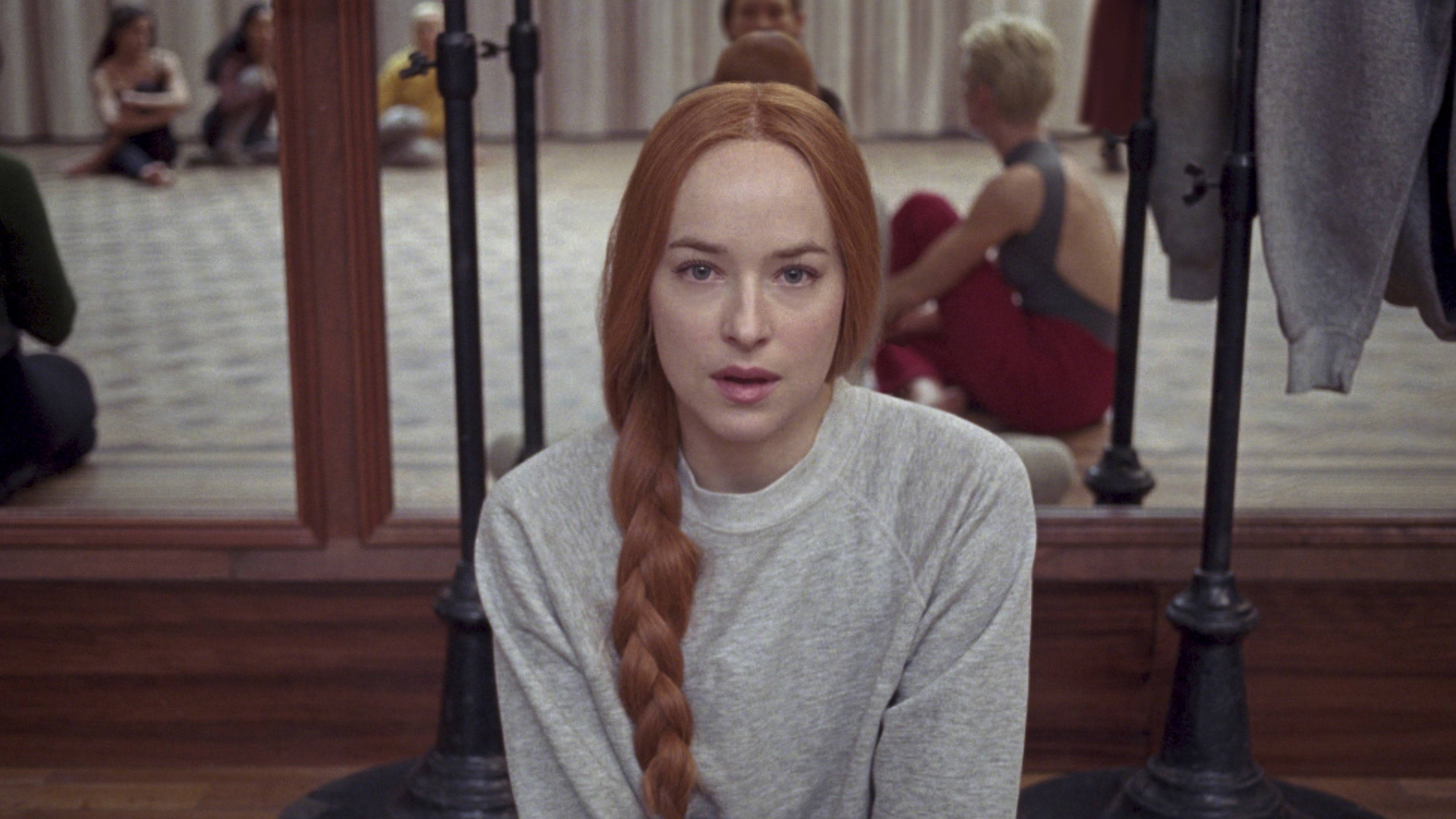 Dakota Johnson’s character Suzy is an interesting one. While the actress is adept at handling the role, her character seems decidedly miscast as the main “protagonist.” Instead, it’s really Mia Goth’s Sara who stands out as the voice of reason and therefore a conduit for the audience to follow. Johnson, by the time she arrives at the company, is already laid out as a strong-willed character and that does not change. The acting is great but is encased in this lack-lustre story going on around it.

Suspiria should’ve focused solely on the antics in the Markos Dance Company building with brief moments of broken Berlin to help enforce the horrors. Any time we drifted away from the towering place with it’s many corridors and grim secrets, the more the fear flitted into the night. Suspiria is a movie where you’d want to be bewitched. Yet here a spell has not been cast.

Suspiria is out 16th November