When Fantastic Beasts and Where to Find them came out in 2016, audiences were left with two major thoughts – more beasts, less Johnny Depp. Flash forward two years and we’ve got this sequel-prequel thing that has mere glimpses of beasts and far more Johnny Depp than we ever asked for.

Directed by David Yates and written by J.K. Rowling, Fantastic Beasts: The Crimes of Grindelwald picks up after the events of the first film; Grindelwald is imprisoned and Newt Scamander is banned from international travel (unless he becomes an aurora.) After a shifty escape, Grindelwald is loose and romping through Paris trying to find Credence, the boy plighted by an obscurus who is trying to figure out his true identity. So now Newt is charged with finding Credence by Dumbledore and finds himself on the precipice of a huge battle.

The Crimes of Grindelwald, whilst not necessarily based on a book per se, feels like it is heavy in literature exposition. Characters chew through large amounts of the plot and monologue of Rowling’s new reimagining as though the audience were incapable of inferring it from normal conversation or simple filmmaking tricks. It makes the action of the film, what little there is of it, superfluous. It’s basically one giant wizarding lecture for two and a bit hours that never bites the way it thinks it is going to .

Nagini, the famed snake of Voldemort turned into a controversial, is literally introduced by this huge speech detailing her exact ailment which would be better suited to small reveals over the course of the film. It then wastes the character to a side-bit role where she basically pines over Credence like some lost puppy – a world away from the villainous role she’ll play in later stories.

This is the case of POC and women roles for the film. We’re either introduced to new characters or the ones we have little lines to develop them. People who were built to be interesting are thrown away for no real reason either. There is an abundance of people and not one of them is fleshed out to make this an intriguing or compelling movie. 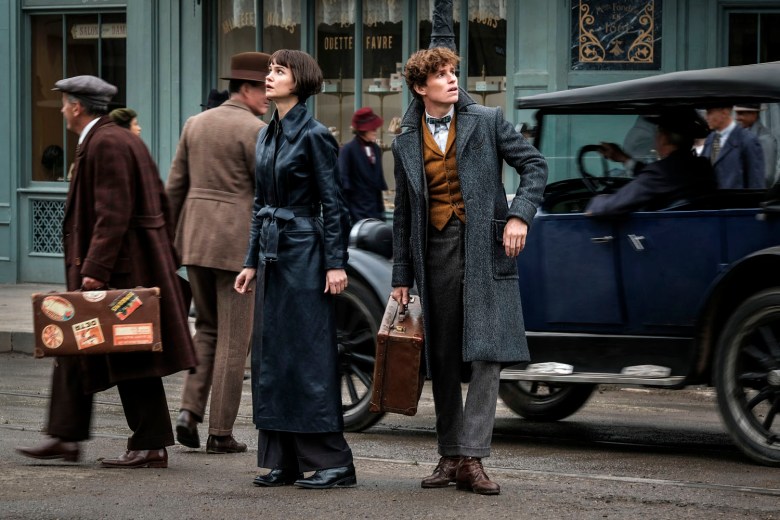 Then there’s Johnny Depp. In this heightened era of weeding out the scum from Hollywood, it seems like a step back to hire someone with serious allegations. The production’s reluctance to truly address this or ultimately change the actor reeks. The film isn’t elevated by his presence, nor does his specific casting alter the role for better or worse. And even if that was the case, Depp has had and his big screen outing in the wizarding world is problematic and troubling

The Crimes of Grindelwald will do well and it will certainly guarantee another outing. Yet as fantastic as the beasts are, the first film stretched our patience with the Wizarding World, the second has tried it, and the third might destroy it all together.

Maybe it is time to let sleeping dragons lie.

The Crimes of Grindelwald is out 26 November!