It seems fair to say that after The Hunger Games, Maze Runner, Divergent etc, there seemed to be a fair amount of burn out for YA dystopian future based on series of novels films. Having watched what feels like all of them but definitely isn’t all of them, I did not think that another was needed so it is into this non-void that The Mortal Engines has sneakily slunk. 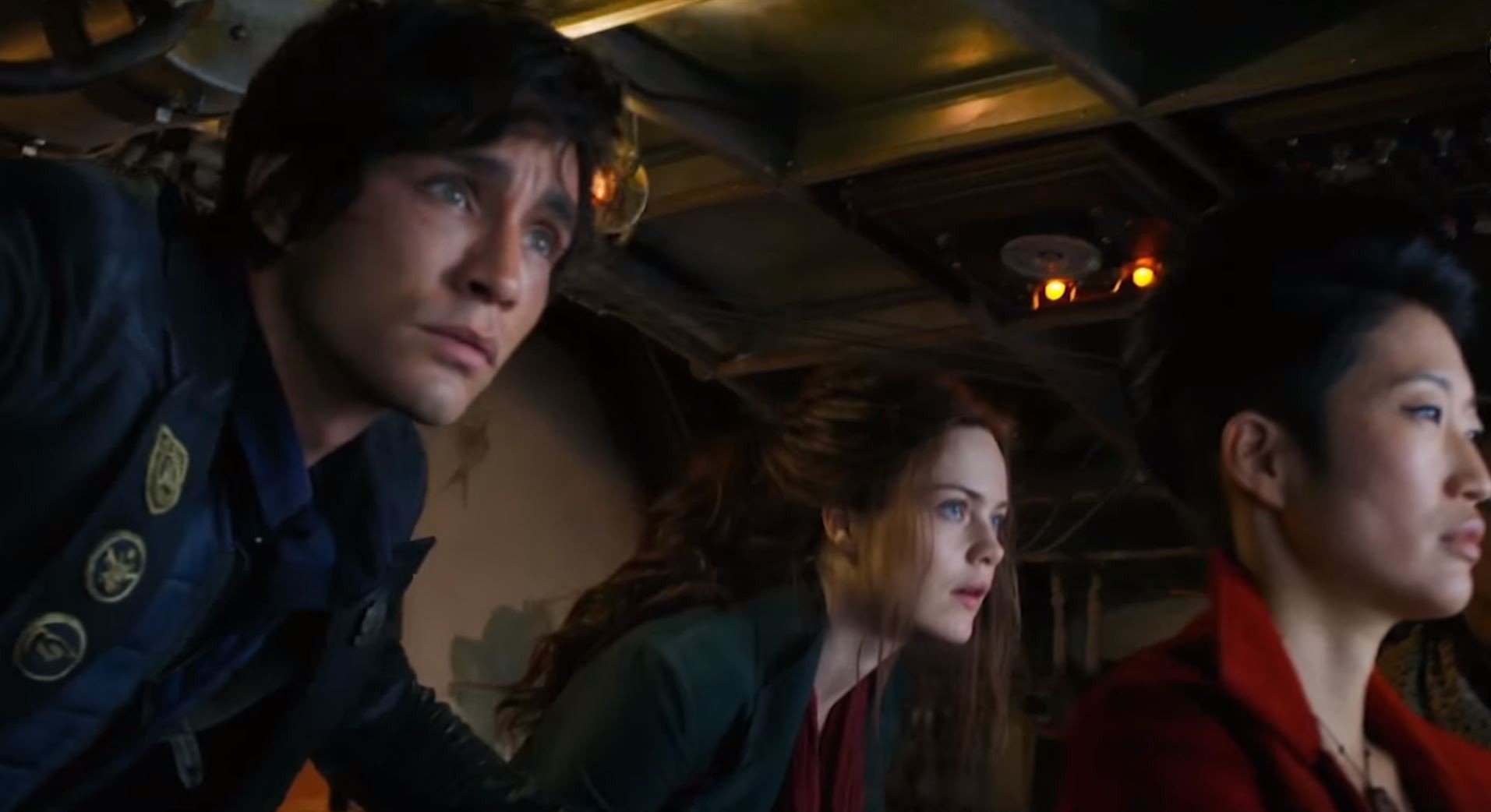 Based on the series of the same name, we follow Hester Shaw as she tries to get revenge against Valentine, the man who murdered her mother while being chased by a cyborg who wants to kill her. She is joined by Tom Natsworthy who, after stopping Hester’s attack on Valentine, tries to save her from jumping off the city (they walk now, the cities that is) and is instead kicked off for knowing too much about Valentine’s past. He wants to get back on the city, she doesn’t but agrees to take him to a trading town to help him get back. They end up being chased by a scavenger city before being kidnapped by slavers, from whom they escape with help from Anna Fang, a leader from the non-walking town behind the wall called Shan Guo. Valentine is off doing diabolical things. The people of Shan Guo must fight to stop him.

If you are confused from reading this, that is the feeling you have from watching this in the cinema. There are so many plots and characters introduced, none of whom are properly developed or concluded and things happen for no real reason at all. There is a whole sequence with Valentine’s daughter and Tom’s friend which leads nowhere and seemed mainly to be included so that she could make defiant statements and then later get to be a hero for doing very, very little. How the world was destroyed and how the cities became mobile is not explained at all nor is the split between the walking cities and Shan Guo. There is the normal love story aspect where the two characters hate each other and then before you know it, they are in love. The ending lines of the movie are so cheesy that I laughed out loud at them. None of the performances are bad, though Robert Sheehan’s accent wanders all over the place, and the characters all seemed interesting. You just aren’t given any real background or insight into them.

In the second act, when you meet everyone from Shan Guo, it suddenly seemed to become a heavy handed metaphor for how destructive and small minded British colonialism is, while of course making sure to sacrifice its characters of colour so that the white saviours can survive to save the day. Also Anna Fang and the other leaders of the walled city, seemed to be the most interesting people in the film and were given nothing. There is one comment on Anna’s past, which seems to be forced in just to set up something that happens later and it is obvious what will happen from this one comment. Subtle foreshadowing is apparently a lost art. Tom putting on a jacket is given more screen time and importance then a great many of the cast in this. It copies so many scenes from other movies, that every now and again if a Hobbit had walked through in the background or an X-wing been shown flying overhead, I would not have questioned it.

Despite everything that I have written above, I did actually enjoy the movie (other than the over done white saviour trop). The CGI and the design of the different cities, mechanics and costume are beautiful and I would have loved to have them explored more. Hugo Weaving is clearly having a great time, though people should check scripts carefully as it occaisionaly felt like he was quoting Elrond which was an odd moment. I do actually want to read the books now if only to find out what everyone’s back story was and find out what happened to the world to get it to this state. I had known that it was being made into a movie but until I was asked to watch this to review it, I didn’t know that it was out any time soon as there seems to have been no advertising for it. All said, it is a fun romp of a film but don’t expect anything genre changing or a well rounded or fully explained plot.

The Mortal Engines is out in cinemas now!