Mowgli: The Legend of the Jungle is the latest interpretation of Rudyard Kipling’s classic Indian set fable The Jungle Book. Set against the beautiful backdrop of the Jungle, young human boy Mowgli is raised by the Wolf pack as one of their own. This time, it’s actor turned director Andy Serkis who brings the animals and man cub to life.

Although director Serkis has brought the titular character to the front and delivered a brilliant cast of performance captured creatures, the film suffers from  a lack of originality. Rudyard Kipling may have written a timeless classic but with numerous versions and the dominant Disney animation, did we need another retelling? No, we did not. Even though the film had strengths.

Featuring voice and performance captured visuals from Andy Serkis, Benedict Cumberbatch, Cate Blanchett, Christian Bale and led by newcomer Rohan Chand, the story centres on young Mowgli (Chand), left in the jungle after his parents are killed by fierce tiger Shere Khan, (Cumberbatch). Found by Panther Bagheera (Bale), he is raised by the loyal Wolfpack. Yet as Mowgli grows, Shere Khan still threatens the human that lives amongst them. Can Mowgli and his animal family stop him and bring peace to their jungle home? As well as providing the voice and performance capture for bear Baloo, Andy Serkis also takes the directors chair here.
The original Mowgli stories were written in 1894. With the tale being adapted multiple times the main question of the story will be is it faithful? Yes, it is.

Therefore, the film follows the same narrative as the other adaptations. The character of Mowgli is more dominant here than in other adaptations. He is the driving force of the film and his animal companions take a backseat. This is definitely a much grittier take on Rudyard’s classic with more blood and danger. The stakes feel higher and the potential for loss is stronger but it’s not enough to truly set it apart from last year’s Disney live-action remake.

With Serkis considered the leader in the pioneering of performance capture, it’s no surprise that the creatures of Mowgli are incredible. Fierce but emotional the film combines the realism of wild animals with the emotional range of human characteristics. Their interactions with Mowgli are always felt, bringing Kipling’s jungle to life. 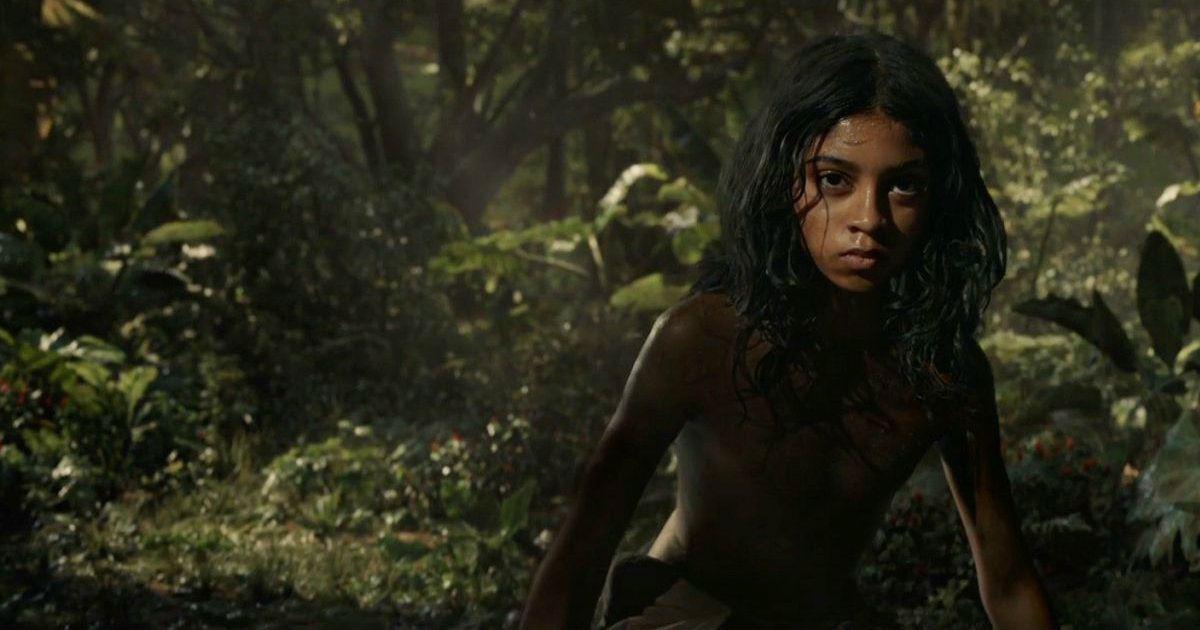 The cast is led by young Chand as Mowgli. His is definitely the more raw performance, compared to other adaptions with a greater range. Some parts feel overdone but it’s a solid performance for the newcomer.
Serkis, Naomie Harris and Cate Blanchett all lend their strong vocals to the Bear, the Wolf and the Snake of the tale, as well as inspiration for the creatures visuals. Yet the stand outs here are Benedict Cumberbatch as the Tiger and Christian Bale as the Panther. Cumberbatch continues to lend his voice to strong CGI villains creating a menacing Shere Khan. Opposing this is the fatherly figure of Bale. As Mowgli’s fierce protector Bahgeera he is torn between his love for the man-cub and the duty to protect him and the wolf-pack who raised the young boy he found. His performance is one filled with love and the weight of responsibility.

Although this is the superior version in the latest batch of interpretations, Mowgli suffers from its predecessors. This may be beautifully realised and grittier but we’ve all been here before despite the effort and beauty.

Mowgli: The Legend of Mowgli is available to watch on Netflix