Lizzie Borden is one of those names that has lived in infamy. When her stepmother and father were brutally killed by an axe, eyes fell on Borden. Despite being cleared by the police, she is widely considered the murderer and has since garnered notoriety – a legendary status even.

Now her story is being explored in drama film, aptly named, Lizzie.

Directed by Craig William Macnell Lizzie is a brooding film that revolves around the infamous killings of 1892. Starring Chloe Sevigny and Kristen Stewart, the film takes us behind the murders and into the possible events that led to them. As Lizzie battles for control over her domineering father William, brand new Irish maid Bridget enters the home. The two women find themselves drawn to one another. Noticing the kindred spirits and their closeness, William tries to force them apart. With all the pressures around them, a dark plan is formed.

The film is really good at bringing the period to life with candlelit scenes, a maze-ridden house, and costumes to die for. It is certainly pretty to look at.

The actresses at the core do a pretty good job here. Despite Kristen Stewarts dodgy Irish accent, her “fish out of water” character Bridget makes for an wide-eyed and amazing character. Enveloped by the house and it’s unnerving residents, Stewart winds through her own horrors and she is great at this. Chloe Sevigny is good as the starring lead character and goes through similar motions. Sevigny is stoic yet emotive. It is just a shame there isn’t better material to leap her character forward here. That being said, the pair together make for some marvelous chemistry that does spark when they edge closer together. 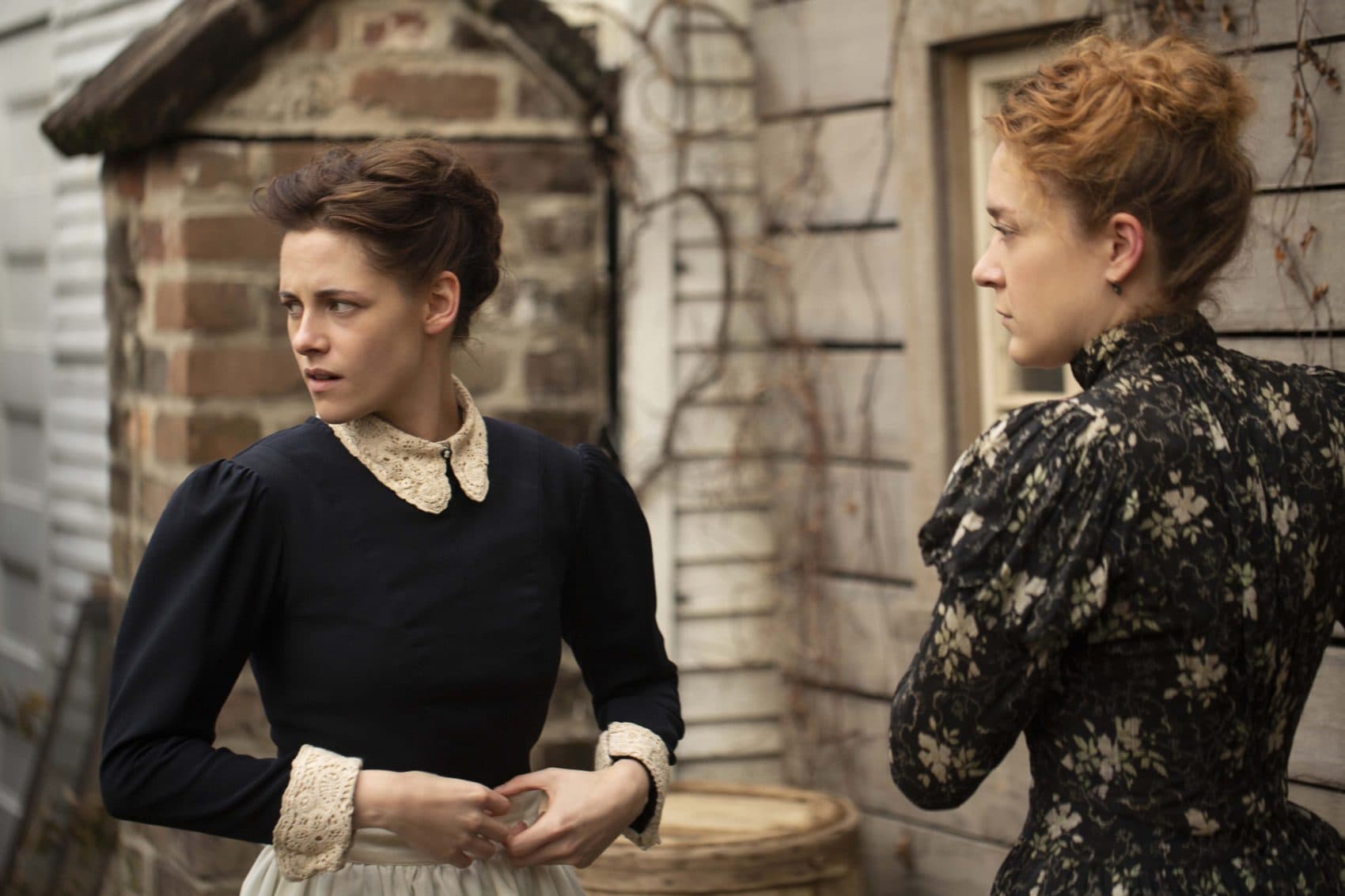 As we’ve mentioned, the actresses are really good but my god is the characterisation sloppy. We never really get to explore Lizzie as a character and she comes off quite petulant in spite of the abuse she suffered from her father. Whilst she is meant to come across as “strong-willed,” we seemingly don’t spend enough time with her and she is the titular role.

However, the film is boring. It is a slow, drawling film. Whilst it’s pretty to look at, it struggles to find a decent pace and soon turns into a turgid and quite boring affair. It only becomes really interesting in the final half, with a brilliant uncovering of the murderers.

Lizzie is a disappointment but it certainly has some good elements to offer. I’ll have to admit – perhaps I was expecting a little bit more. Especially because the film’s trailer is a punchy and darker affairs. This film has been really mis-marketed. Those expecting a slice and dice period romp with bloody bits and grit will be sorely disappointed. Even more so when there isn’t a decent character study to replace that.

Lizzie lacks the chop to make it an interesting historical piece of cinema.

Lizzie is out 14 December