Bad Times at The El Royale practically swaggers its way onto screen, strutting its stuff to jukebox soul and rock ‘n’ roll with the sort of infectious energy that causes a dancing itch all but impossible not to scratch. Even as it descends into the maniacal, it’s all rather too cool for its own good. Villainy and malevolence is rife and those bad times the film sells itself on are in fact, bad times, but Drew Goddard, as if knowingly winking through the whole affair, creates something somewhat ironically, gleefully enjoyable. 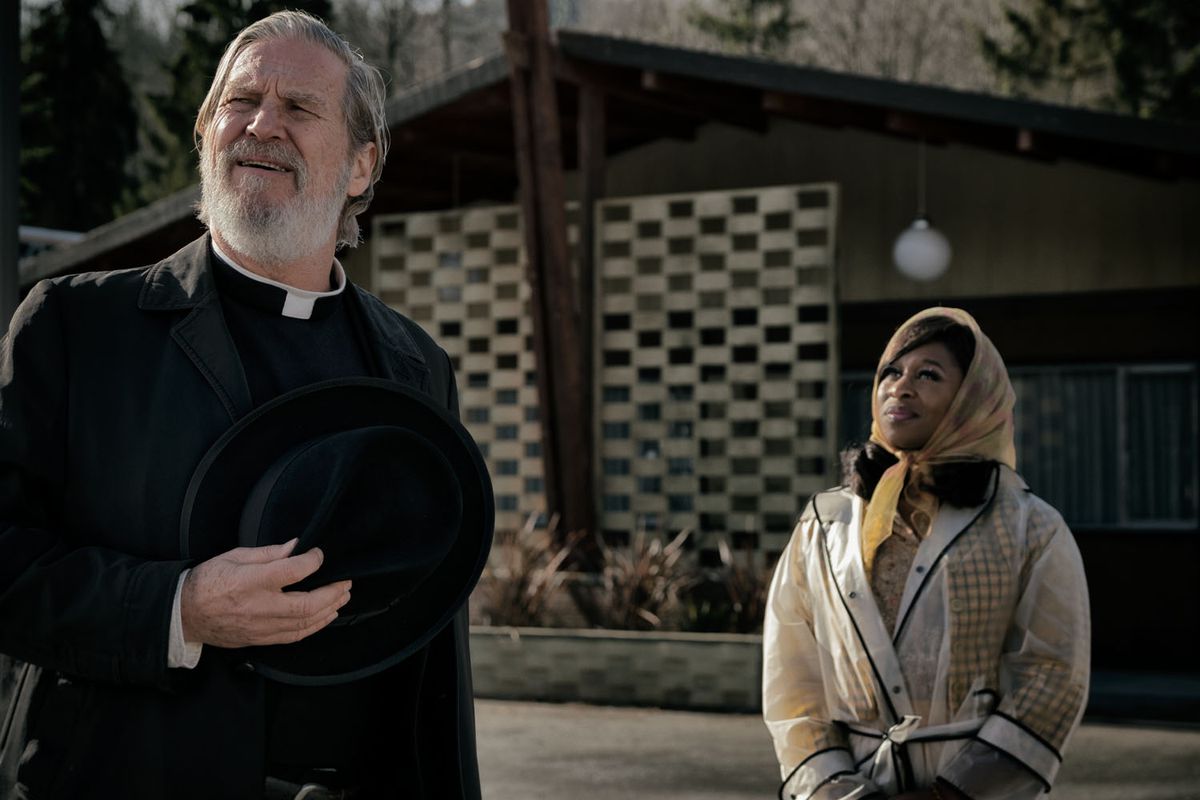 That swagger acts as the films main propulsion through its frankly excessive 140-minute run-time, even as it begins to falter, tripping over narrative threads and a need to neatly tie things up. Goddard may occasionally sacrifice story for innate coolness, but he does  it with enough aplomb to still pleasure.

It’s a manner vaguely similar, if you squint hard enough, to Tarantino, if his egomaniacal baggage was left at the door. Characters dance there way into rooms, storylines intertwine with a certain manner of chaos and conversations divulge into knowing irrelevancy.

1969 at the El Royale, a once thriving hotel home on the border of California and Nevada (you can stay in one of the two with California being a dollar more expensive because “it’s California”).  Little Richard used to perform, politicians used it for glamorous rendezvous but now its perennially empty with a single clerk Miles (Lewis Pullman) passed out in the back, hooked on heroin. Miles’ bliss is interrupted by the sudden appearance of Laramie Seymour Sullivan (Jon Hamm), a vacuum salesman sleazier than the hotel carpet. He’s joined by Darlene Sweet (Cynthia Erivo), a singer on the cusp of stardom, Father Daniel Flynn (Jeff Bridges), a priest with a purpose higher than God and hippie Emily Summerspring (Dakota Johnson), haunted by the presence of cult leader Billy Lee (Chris Hemsworth).

There’s joy in its excess, and it’s a film that manages to earn its runtime, never slipping into cynicism for the sake of elongating its stay. It helps to that it’s headed by a group frankly ludicrously charismatic, each looking like they’ve stepped out of an advert for cigarettes persuasive enough to make even the most Godly want to pick up a new habit. 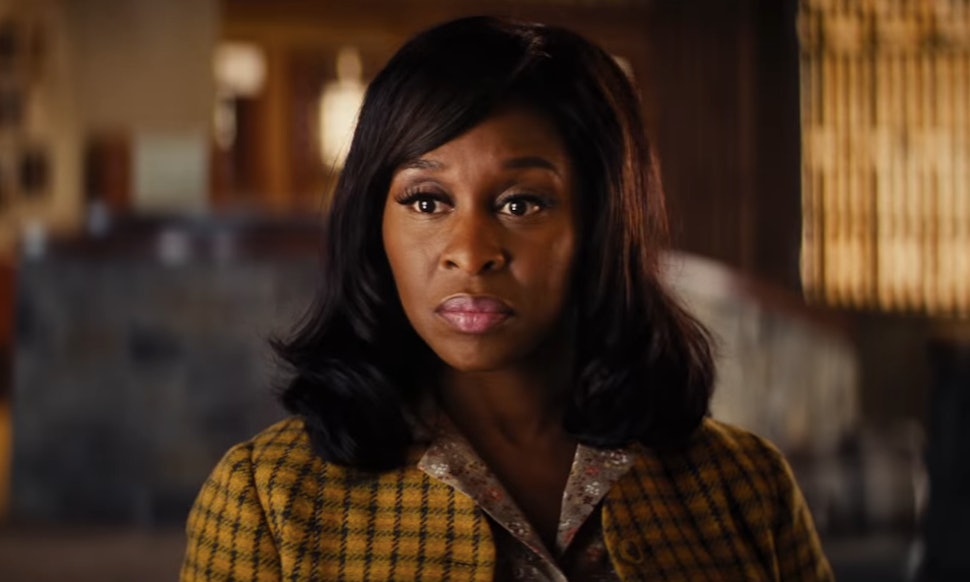 Jon Hamm, still emasculating entire audiences by simply being there, brings with him a delirious, drawling Southern accent as he carries with him his “hoovers.” Any moment of interaction between him and a brilliant, deeply sympathetic Jeff Bridges lights up the screen. Cynthia Erivo too (on the cusp of absolute stardom), playing the audiences moral compass. With Widows a month or so away, we’re thankfully going to be seeing a lot her.

But the late appearance by Chris Hemsworth as the film just about begins to dip acts as rocket fuel. He may walk around topless – further emasculating – with a distressing level of charm, but he carries with him real malevolence. You buy into him as a cult leader, to the point you question why it is that the other hotel occupants don’t drop everything and follow along with him.

Be it for the occasional misstep in its juggling of countless plots and a slightly wasted Dakota Johnson, Bad Times at the El Royaleis a delicious, ripe slice of Americana dizzyingly entertaining.

Bad Times at the El Royale is out now!